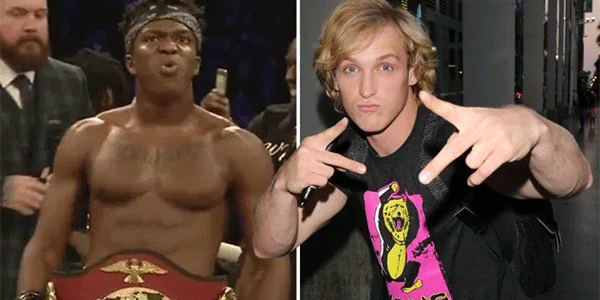 The upcoming bout between the two notorious vloggers is a merchandiser’s dream. The two have a total of 35 million YouTube subscribers and diss videos related to the dust-up have been keeping them on their toes. This will almost inevitably earn the boxer-entertainers millions of dollars. And if you assess KSI’s odds to win against Logan Paul correctly and place a good bet, you might profit from the event yourself.

KSI and Paul Logan has made all kinds of comedy videos. “All” kinds include controversial ones: Paul Logan, for instance, uploaded a recording of his finding a dead body in Aokigahara. His choice of circulating the video was widely criticized; albeit he pointed out that his laughs were not a reflection of how he felt but a coping mechanism, he treated a very serious topic irresponsibly.

He might have made up for that to some extent by a later video focusing on suicide prevention and by donating to various agencies aiding those that are struggling with suicidal thoughts. But many still felt impelled to punch Paul in the face. Enter KSI, another controversial internet personality, who had just won a charity boxing match against YouTuber Joe Weller and was looking for a more popular vlogger as his next opponent.

The disses might have been fake, the contenders might be pathetic, but the fight promises to be serious. KSI’s bout vs Weller ended early; in the 3rd of 6 rounds, the fight was deemed unsafe to continue for the bloodied Weller.

KSI will not hold back against Paul, either. He has some obvious weaknesses that Paul could exploit: KSI had minimal guard against Weller, not holding his arms up for most of the fight. Paul has the height advantage, which means KSI needs to work on his infighting. Whether Paul’s wrestling experience will help him resist KSI’s pressure is up for debate (we’d say no, though).

Despite these weaknesses, KSI’s odds to win against Logan Paul are good. He had no boxing experience before fighting Weller but prepared hard enough to beat his opponent, who had already tried his hands at amateur boxing before their bout. KSI seems to be training even harder now, as he is being instructed by the well-known Floyd Mayweather, Sr., who certainly knows how to improve KSI’s guard and general boxing skills.

What Do Bookkeepers Say?

Online betting sites in the UK also think KSI has better chances to win: Unibet Sportsbook gives an 21/50 multiplier for KSI as opposed to 7/4 for Paul Logan. Will you go with the bookies’ favorite and add the excitement of betting to the satisfaction of seeing these two beat each other up?