Will Anderson Silva Ever Fight For a UFC Title Again?

News >Will Anderson Silva Ever Fight For a UFC Title Again? 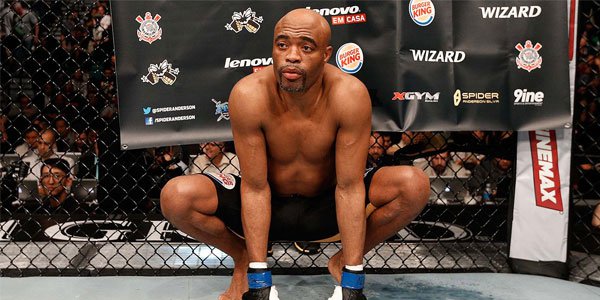 The former middleweight champion of the world will be stepping back into the cage soon, but can Anderson Silva ever fight for a UFC title again?

From 2006 to 2012, no fighter in MMA was as feared and respected as Anderson Silva. The Brazilian striker burst onto the UFC scene with a 49 second KO over Chris Leben, and earned the middleweight championship in his next fight against Rich Franklin.

Silva’s reign as the MMA king came to an abrupt end in July of 2013 at the hands (a left hook to be specific) of Chris Weidman, despite entering the fight as a serious MMA betting favorite according to Unibet. Since then, “the Spider” has lost 3 of his last 4, with his lone victory being overturned after testing positive for PED’s.

On February 11th, Anderson will return to the cage. Standing across from him will be Derek Brunson, a dangerous fighter with 5 victories in his last 6 fights, 4 of which came via 1st round TKO or KO. In many ways, this is a make or break fight for the former GOAT. Will Anderson Silva ever fight for a title again? Next Saturday might give us an answer.

At times, Derek Brunson has looked like he can be a champion. His first fight in the UFC came in December of 2012 against the aforementioned Chris Leben. Brunson dominated most of the fight and followed up that performance with a 1st round submission over Brian Houston.

Then, he took on the monster that is Yoel Romero. Despite coming into the fight as a serious MMA betting underdog according to almost all online sportsbooks in the UK, Derek controlled the majority of the fight. In the third round Romero landed a punch that broke Brunson’s jaw, and the fight was called.

That lit a fire under Derek Brunson, who went on to win his next five fights in impressive fashion. His first main event came this past November against Robert Whittaker. Unibet listed Derek as a slight underdog, which proved to be correct as he was finished by TKO just 4 minutes into the first round.

In the past, Brunson has looked better than ever after a loss. He will be facing the toughest test of his career to date, and will be looking to answer the question of will Anderson Silva ever fight for a title again with an emphatic no.

Many MMA betting experts are having a hard time predicting this one. At times, both men have looked unbeatable, while other times have exposed their vulnerability. Unibet is one of the only UK sports betting sites that have released the Silva vs. Brunson betting odds, and many are surprised by the results.

The recent losing streak has made Anderson Silva a betting underdog next weekend. Silva’s odds to beat Brunson are currently set at 2.40. Will Anderson Silva ever fight with the ability he showed during his reign as champion? Who knows. He has a serious shot to make UK gambling news with a win next weekend, and a bet on Anderson Silva here might be a smart wager.

Derek Brunson had arguably the worst performance of his career in his last outing. His standup game looked amateurish, and he pushed too hard to get an early finish. Still, he’s coming into this fight as the favorite with odds of 1.53. A bet on Derek Brunson to win makes sense, as he’s 8 years younger and has the type of skills to give “the Spider” problems.

No one really knows if Anderson Silva will ever fight for a title again. He’s accomplished more than almost any other fighter in the sport, and regardless of the outcome at UFC 208, he’ll go down as one of the best to ever do it.

Who do you think wins next weekend? Can Anderson Silva knockout Brunson? Tell us what you think by leaving a comment below, and make sure to check out Unibet to find a full list of UFC 208 betting odds!