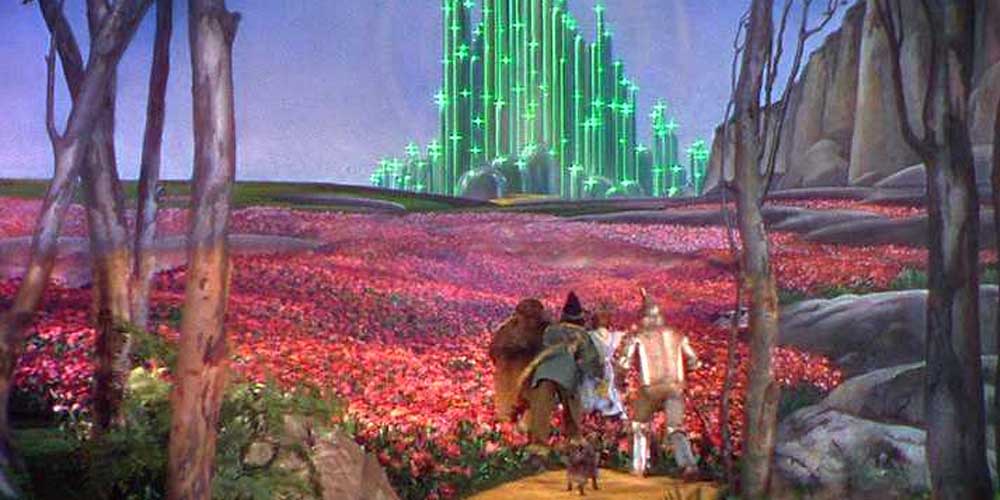 The American blockbuster musical fantasy, Wizard of Oz (1939) is still considered to be one of the greatest films of all time. Metro-Goldwin-Mayer’s adaptation of L. Frank Baum’s 1900 fantasy novel (The Wonderful Wizard of Oz) is the most commercially successful one yet. As many entertainment magazines confirmed: Hollywood is doing a remake of the movie. So, there will be a competitor for the old one which keeps the film industry thrilled. It is also an exciting time for gamblers: there are already cast bets for the Wizard of Oz remake!

There are many factors about a film to bet on. But concerning this particular motion picture, there is one that keeps everyone hopped up: who is going to get Dorothy’s role. It is no question that whoever gets the part, will have a hard time to live up to Judy Garland’s amazing portrayal of the heroine. It has been 82 years since we first heard the sentence “Toto, I have a feeling we are not in Kansas anymore”. And we have to admit, it is still mesmerizing! However, we agree that it is high time for the franchise to get a modern update. And for us to bet on some intriguing factors! So, here is everything we know so far about the Wizard of Oz remake and cast bets.

What do we know already?

They already confirmed that the studio making the film is Warner Brother’s New Line studio. They already revealed that they signed Nicole Kassel to direct the remake. She directed films like The Woodsmen, Watchmen, A Little Bit of Heaven, one episode of Castle Rock (Romans) and one episode of Westworld (Les Écorchés). She spoke up to Variety. “I am incredibly honored to join Temple Hill and New Line in bringing this beloved classic to the screen (…) While the 1939 musical is part of my DNA, I am exhilarated and humbled by the responsibility of re-imagining such a legendary tale. The opportunity to examine the original themes — the quest for courage, love, wisdom and home — feels more timely and urgent than ever. These are profoundly iconic shoes to fill, and I am eager to dance alongside these heroes of my childhood as we pave a newly minted yellow brick road!”

According to Sportsbettingdime there are some quite possible options to place your bet on. All the online gambling sites in the US, such as Club World Casino, welcome your tips! But if you do not know who to put your money on yet, here are some hints. Right now, Sadie Sink has the best odds at +150. The 18-year-old appeared on Stranger Things with her flaming curls and angel face. These features could make her the perfect Dorothy. Many ponder on Hailee Steinfield with odds of +170, who has a notable experience with musical and film as well. It is for sure that she would not have much trouble with singing “Over the Rainbow”. Katelyn Nacon with odds at +230 also stands a chance. With her role in The Walking Dead, she sure has some experience fighting the bad.

There are some names on the odds list that could earn you a fair amount of money with odds +700. Sure, Ariana Grande and Miley Cyrus are both voices of the millennial generation. But would they make a decent, innocent, angelic Dorothy, who just wants to make the world a better place? Well, you decide yourself. Whenever you make up your mind, get on one of the online casino sites in the US, such as Club World Casino, and place your bets!