FIFA might still wear its corruption on it's sleeve (Qatar is still slated to host in 2022) but with the World Cup on screen every day it's easy to overlook the sordid side of the world's most popular sport, and if you're a fan of England odds are you've no time to worry of such ephemera anyway. An untested manager, an awfully young team and the usual unrealistic expectations back home mean this is once again shaping up into a vain glorious chase of hope whatever the tempting prices at Bet365 might hint. 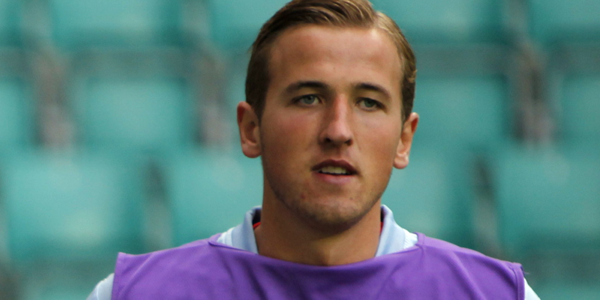 Winning the World Cup in 1966 was hugely psychologically damaging for England as ever since the press have been convinced we can and should do it again, usually on the same pages they’re whipping the carpet out from beneath the feet of team and manager. Indeed if you’re a fan of England odds are you still harbor this bizarre belief that because the English invented it they’re automatically good at it. Naturally this isn’t helped by sites like Bet365 giving them 12/1 to actually win the World Cup in 2018.
[suggested_topics title=’Read more on 2022 World Cup betting preview and top picks’ topics=’140417′]
Who could not hope for their national side to win when in a competition of so many their side gets such low and tempting odds? England odds like that just gives a boost to that ridiculous optimism that will inevitably end in a nail-biting, and ultimately infuriating, failed penalty shoot-out. Anyone in the UK gambling news headlines won’t soon echo to the strains of that traditional tune of loss and lament should get their head examined, they’re just setting themselves up for a massive disappointment.

Could Harry Kane Be The World Cup’s Top Scorer

It gets even more tricky when you consider that Harry Kane scoring that last minute header to snatch the win against Tunisia has moved him up to around 15/2 to be the highest scorer in the tournament. Sure, he’s behind Diego Costa at 5/1 at Bet365 and the obvious choice Cristiano Ronaldo at 13/2 but if you’re on the hope train for England odds are you won’t mind that. Even goalkeeper Jordan Pickford gets 16/1 to win the Golden Glove award, which may not sound impressive, but for an English goalie?

When you can get 9/1 at Bet365 on England being the runner up in the World Cup you just know the normally placid and pessimistic islanders have once again fallen for the positive waves that managers and players spew because their PR men insist they do. Do their performances ever match their mouths? No, of course not, but what choice do they have? And indeed what choice do you have if you’re going to bet on sports in the UK this week? Just why wouldn’t you take advantage of those England odds?

Find All The England Odds Available At Bet365

A World Cup flutter only rolls around once every four years so you may as well take advantage and join in, even if you don’t necessarily become enamored of the idea that England odds so low must mean we’re in with a chance. In fact you don’t even have to back England at all. Sure you can find around 8/13 on them reaching the quarter finals at Bet365, and (if you’ve only taken a small sip of the cool aid) approximately 5/2 on them reaching a semi-final. Could it happen? Sure. And I could become the pope.

To take advantage of UK gambling laws to back England odds this low is to admit that despite the dour reputation to be had for stiff upper lips, umbrellas and bowler hats, we can at times be an over emotional bunch prone to flights of fancy and the sort of optimistic dreamers that will believe in the impossible. England odds might, for this World Cup, be unusually low but being such an unknown quantity there’s just a chance that they could actu……..oh god it’s happening to me now……