Bet On F1 To Continue To Confound Expectations In France

News >Bet On F1 To Continue To Confound Expectations In France

After the Monaco farce the race in Canada was supposed to get us all back on track but instead we were treated to a Formula One outing with even less overtaking. In a season that has overturned all predictions save that the richest teams will do better than everyone else, will a return to France and the Circuit Paul Ricard give us back proper racing or should we only bet on F1 to continue its rapid slide into travesty? We take a look at what to expect and who to back at Unibet. 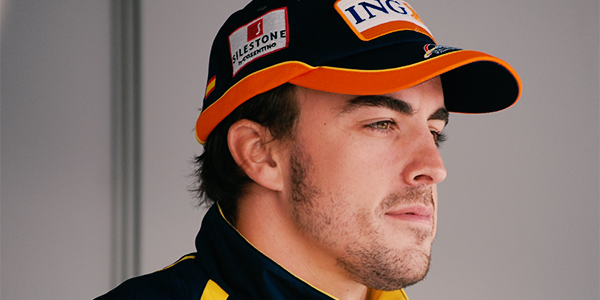 “I heard today there were less overtakes than in Monaco or something like that.” Sighed Lewis Hamilton after the Canadian Grand Prix, “And a couple of my friends said the most exciting part of the race was the crash at the beginning. If that is really what F1 is about, then that is sad to hear, because there is so much more to it.” Which might be true but don’t bet on F1 to reveal its inner beauty anytime soon, and notice also that Lewis is only ever negative about Formula One when he hasn’t won a race.

“It’s not justified to criticise this race.” Said Sebastian Vettel by contrast, “I don’t know if it was boring.” Although he had just won and taken a lead in the title (albeit by just one point) so it was unlikely he’d complain. However if you’re going to bet on sports in France this weekend, and more particularly place a bet on F1 to back your favorite driver in the French Grand Prix, you really have to be hoping for a little more excitement than we were treated to in Montreal. It was awfully dour racing.

Formula One needed an injection of excitement and it didn’t get it, what it got instead was yet another race where Fernando Alonso retired with mechanical difficulties. It was his 300th Grand Prix and his McLaren couldn’t even finish it, of course now he’s won the 24hrs of Le Mans and stands but a win at the Indy500 away from the Triple Crown of motorsport, something only Graham Hill has ever managed, I’d not bet on F1 retaining his interest anyway. His only goal is at the Brickyard now.

Whilst Alonso plots his escape from the mediocrity of a team that simply can’t match the expenditures of Mercedes, Red Bull and Ferrari, the rest of the Formula One circus is readying itself for a return to France, the first time since 2008, and the hoopla that will surround a race at the famous Circuit Paul Ricard, but just who is likely to come out on top, and who should you back if you take advantage of French gambling laws this weekend to bet on F1 at Unibet? Don’t know? Well neither do the bookies.

Find All Your Formula One Betting Odds At Unibet

With everyone who isn’t driving a Red Bull, Mercedes or Ferrari with about as much hope of winning a Grand Prix as you do of being hit on the head by a satellite the same day you win the lottery and see a unicorn, the odds on people like Nico Hulkenberg and Carlos Sainz are massively long, even at sites like Unibet, and if you’re going to bet on F1 at all you’ve really only three choices for winner, although at 12/1 Kimi Raikkonen wouldn’t be my first choice, although the 8/1 on Daniel Ricciardo is tempting.

Not that Paul Ricard is a circuit where the Red Bull should fare well, and indeed that’s probably why Max Verstappen gets barely 11/2 the same as Valtteri Bottas who rarely seems to make the best of his Mercedes, leaving Sebastian Vettel on 7/4 and Lewis Hamilton on 6/4 at Unibet, and if you can bet on F1 believing you can predict what the French gambling news headlines will be screaming on Monday, then you’re probably insane, because this season has only ever confounded our expectations.