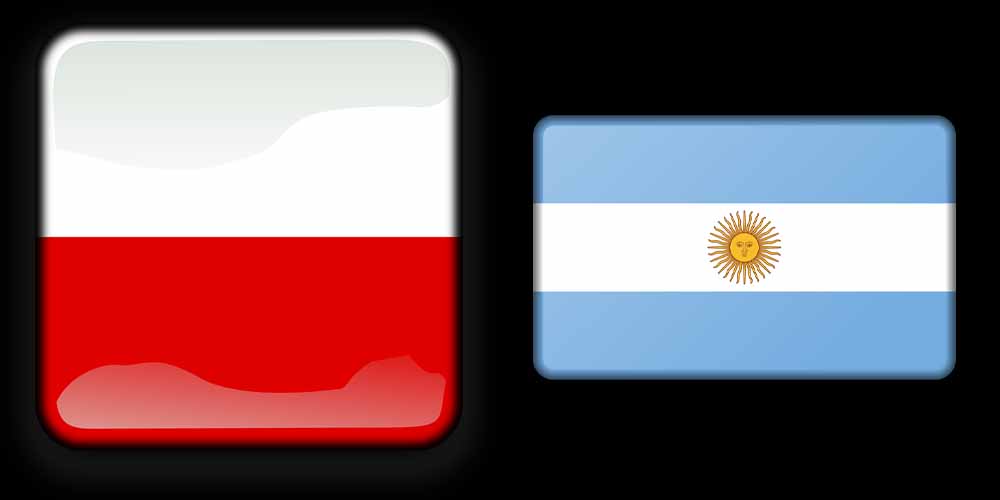 Poland will play against the toughest team, Argentina in its last group game on the 30th of November at Stadium 974 in Doha. A win in this match might be crucial for both teams after a poor start to the tournament. The Argentine team is still favored to get the three points in the Poland v Argentina World Cup preview.

The last match in the group stage of the 2022 FIFA World Cup might decide the final standing of Group C. As we mentioned earlier, Poland qualified for the last 16 in 1986 for the last time. So getting to the knockout stage would already be a big achievement for the Poles. For Lionel Scaloni’s team, it is only the minimum requirement.  They are mentioned among the top favorites to win the World Cup in spite of their shocking defeat against Saudi Arabia. Surely they still want to finish at the top of the group. So we should expect an even more thrilling match between the two teams.

Argentina should have dominated Group C and led it after the first two rounds. But it doesn’t look like it after the first round and their loss against Saudi Arabia. The 2021 Copa America winners are still favored to win against Poland. Their odds to get the three points are 1.44 on online sportsbooks in Poland. A squad with world-class players like Lionel Messi, Angel Di Maria, and Lautaro Martinez can usually win against any opponent. But Saudi Arabia showed this week that even they can be beaten.  Plus we can find one of the best strikers in the world, Robert Lewandowski in the Polish team.

So having goals from both teams is a very likely scenario and has an odds of 2.01. The two teams met twice in previous World Cups, in 1974 when Poland managed to win. In their second meeting in 1978, Argentina was the winner. Their last match against each other happened in 2011, which ended with a 2-1 Polish win. We can’t really rely on these results after so many years. Hopefully, though we can see several goals in their next match. A total of over 3 has an odds of 2.39. in Poland v Argentina World Cup preview. While having more than 4 goals has an odds of 4.70.

Poland will aim for the points

Poland didn’t have the best start either after they only draw against Mexico. So this match might decide their qualification for the knockout stage. Either way, Czeslaw Michniewicz’s team will do everything to get at least a point in the match. Online gambling sites in Poland offer an odds of 4.54 for a draw. The Eagles need to perform better though than in their last few games when they lost against Belgium and the Netherlands. Their win against Chile can be a good motivation, but Argentina will be a much tougher opponent.

Stopping Argentine strikers can be crucial, so the team is likely to rely on the saves of Juventus goalkeeper Wojciech Szczesny. Besides their experienced defenders, Kamil Glik and Bartosz Bereszynski. Still stopping Messi and his teammates will be a huge task, who can score the first goal from open play by kicking (1.532). Having the first goal from a header has an odds of 5.50. And we shouldn’t forget that several players from Messi to Di Maria can score from free kicks. If you think they will get the first score like that, you can make a bet at the odds of 21.00. And if you’re a Polish fan, you can also bet on their win at an odds of 7.20 on 22Bet.