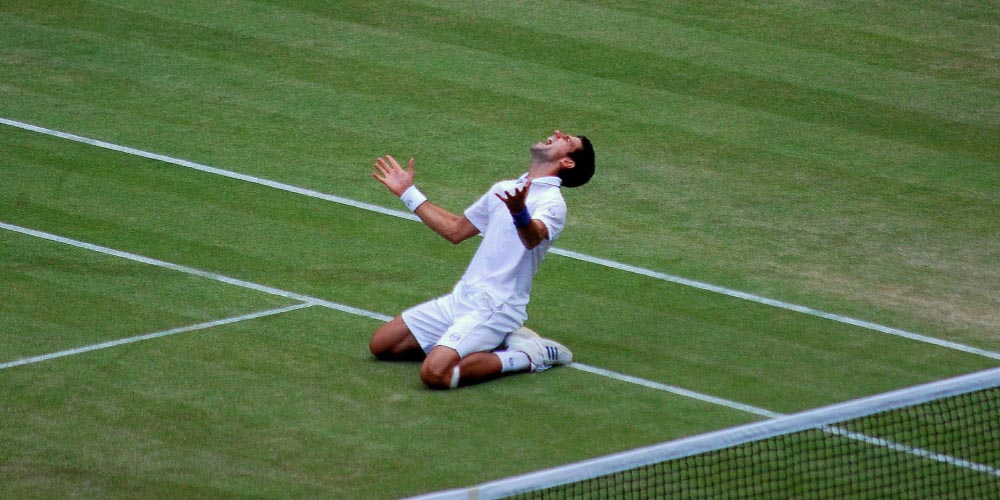 Roger Federer, Novak Djokovic and Andy Murray will reunite this week for the last Asian leg of ATP tour. With Rafael Nadal withdrawing from the tournament there is a slight shift in bookmakers’ predictions. Have a look at the recent 2019 Shanghai Masters betting tips.

This week Shanghai will host the eighth ATP Tour Masters 1000 event. This is the only tournament in the series played out of Europe and North America. The competition will run from 06-13 October. Leading online sportsbook sites in China regard Novak Djokovic and Roger Federer as the current frontrunners of the tournament. Let’s break down the draw and see who can upset the odds.

Novak Djokovic is back on the court. The Serbian is in top shape following a shoulder injury, that forced him to withdraw from the US Open. He was about to skip several tournaments to defend his title in Shanghai. However, the world №1 made a comeback last week and ended up securing another victory. Fresh out of winning Japan Open, Djokovic starts the defense of his Shanghai Masters title in a fortnight.

With Rafael Nadal out of the competition, Unibet Sportsbook tipsters regard Djokovic as the heavy favourite to win the tournament. He will kick off his campaign against Denis Shapovalov in the second round. Should the 16-time Grand Slam winner come through that match, he will face either John Isner or Lucas Pouille next. The sixth seed Stefanos Tsitsipas might make it hard for Novak to get to the semifinals.

The showstopper Daniil Medvedev is the most dangerous opponent to meet on the way toward finals. Djokovic failed to surpass the Russian player at the 2019 Cincinnati Open semifinals. With 6.00 odds to win the 2019 Shanghai Masters, Medvedev might stun the Serbian by the same token.

Federer’s last chance to save the season

Despite the ranking position, Roger Federer didn’t spend his best season this year. The Swiss ace seemed to lose his grip on the situation in the last moment in almost every event. With Nadal and Djokovic upping their games, the world №3 stood no chance to secure a Grand Slam trophy. Some online sportsbook news in China even doubted Federer would take part in Shanghai Masters over injury concerns.

Nevertheless, the 20-time Grand Slam winner is considered the second top contender with 4.50 odds to win the Shanghai tournament. He is in the bottom half of the draw, set to meet Albert Ramos Viñolas in the second round. This won’t be an easy start, seeing as the Spaniard had stunned Federer in this exact competition three years ago.

Should the Swiss progress further, he might meet his new pupil, Alexander Zverev in the quarter-finals. Sascha is not in his best shape this year, but it looks like he got some energy from Laver Cup victory. Zverev is a tricky opponent as he seems to enjoy trying to beat Federer. It would be a good way to redeem himself if he succeeded in a matchup with Roger.

Murray delves into the singles

Andy Murray is back playing a tour-level tennis. The Brit makes one step a day but already sets huge rankings climb. In a bid to re-establish his passion for tennis, the 3-time Grand Slam winner tried his hand at different competitions. Last week he put in a strong performance at the China Open and progressed to quarter-finals. Murray returns to action straight away at the Shanghai Open with a first-round clash against Juan Ignacio Londero.

Despite sporting 33.00 odds to win the tournament, he is up to make another significant step forward. With a victory over Argentinian, he might climb inside the Top 250. It will probably be his final matchup in the tournament, seeing as Fabio Fognini is in a good shape. The Italian will possibly upset Sam Querrey in the first round and has enough gas in the tank to make it to quarter-finals. Make sure to check up the latest review about Unibet Sportsbook, before taking up on 2019 Shanghai Masters betting tips.