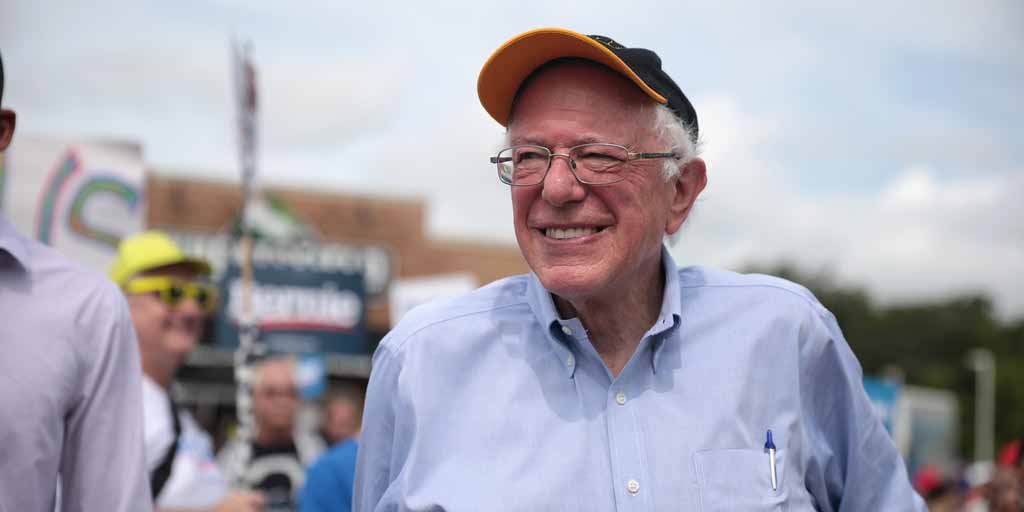 At times it was heated, chaotic and bizarre. Charleston, South Carolina, hosted the final debate before Super Tuesday. Seven democrats took to the stage in a last ditch effort to win voter support. In the aftermath, the pundits quickly assessed each one’s chances. The bookies, like Bovada, one of the best online betting sites in the US, did it quicker. The Democratic nominee betting odds tell a tale of their own. So let’s take a look at where we stand now the debate is done.

Standing off to one side like he’d been banished for overt flatulence Tom seemed a little out of place. His outside chances in the Democratic nominee betting odds perhaps reflecting precious few voters knew who he was. Perhaps those who did will notice that he said “I worked to get rid of any use of Private Prisons.” Which may be true, but he did invest in them prior to that. All in all, it was an uninspiring performance from a ‘who-is-this-guy-anyway?’ candidate. So, one to avoid. If you even remember who he is in five minutes.

Keeping in spirit with her middle of the road stance on just about everything she pretty much got run over. Rational and reasonable were not the watchwords of this debate. Breaking through the noisier participants was difficult. Worse for her Democratic nominee betting odds when she DID get chance she squandered it. “I’m not gonna give you my website, I’m going to give the CDC’s site.” Doh. Probably not worth taking advantage of US gambling laws to back her now even if Covid 19 doesn’t kill us all. Which it just might.

In the first debate, she came out breathing fire. She attempted the same this time around but found it less easy. She was drowned out on several occasions. However, she did manage to get her central point across. “Progressives have one shot and we need to spend it on a leader who get something done.” By which she meant her. At least we presume so. Her Democratic nominee betting odds are now horribly long. A bet on Elizabeth Warren now looks distinctly dodgy. Like a holiday in Lombardy.

Odds On The Democratic Nominee

Pete keeps on trucking despite appearing too young to have a license. A former soldier he had little difficulty in gaining and retaining the mic. He appeared amiable, reasonable, and calm. So it’s a shame his scuffles with Bernie over the “revolutionary politics of the 1960’s” seem to have hurt his chances. He actually slid back on earlier better prices at online sportsbook sites in the US like Bovada after the debate. Not that I would necessarily bet on US politics to have run out of surprises. Well, not just yet.

Once upon a time a bet on Joe Biden to be the next President would have seemed reasonable. Not so much now. Joe has looked tired, old and a little out of step. Yesterday’s man trying to win today’s battles. It didn’t stop him throwing his oar in when necessary but often found himself outgunned. Very few of what I assume he thought of as zingers landed where he’d have wished. Perhaps that’s why his Democratic nominee betting odds are sliding away as fast as they are right now. This could be Joe’s last waltz.

His first debate experience was horrific, car-crash television. His second performance wasn’t much better. You can bet on Michael Bloomberg to be the richest on stage, but not to beat the Democratic nominee betting odds. Bovada might give him 5/2 but he’s been less than impressive. He certainly didn’t win many progressive fans when he said, to Sanders; “That’s why Russia is helping you get elected. So you’ll lose to [Trump]”. Spend what he may, this may just be beyond his reach.

The odds on Bernie Sanders winning the nomination are now so short it’s almost his to give away. Just whether he can turn this groundswell of support into a Presidency is less certain. Those who like to bet on sports in the US know even the best teams can fail in a final. So, Bernie could still slump. The Democratic nominee betting odds are hugely in his favor, but nationally not so much. Donald Trump is still a clear favorite to be President after the next election.

We look at the Democratic nominee betting odds in the aftermath of the debate in South Carolina.