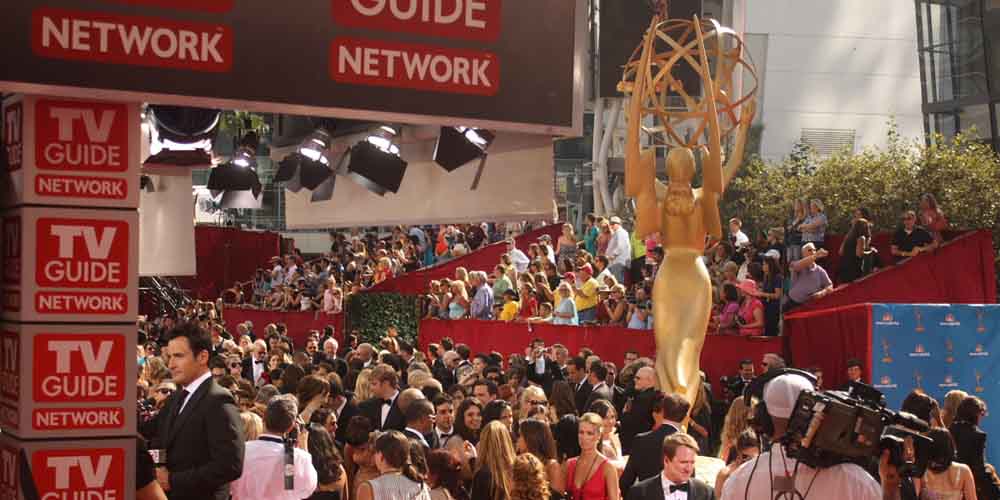 The 2020 Emmy Awards is coming soon. Take a look at the Outstanding Limited Series predictions to bet on one out of five great TV shows that were out last year. From Little Fires Everywhere to Watchmen – what are their chances to win?

The 72nd Emmy Awards will take place on September 20. Hosted by Jimmy Kimmel, it will be the first digital ceremony in the history of the Emmys. So, everyone can watch the event live, watch favorite actors receiving prizes at home, and bet on favorites, of course. So, why don’t we take a look at the nominees right away?

Here are all the Outstanding Limited Series predictions. Last year, there were lots of top TV series, but only five managed to hit the Emmys shortlist. So, here are all 1xBET Sportsbook odds on 5 nominees.

Mrs. America by FX and Little Fires Everywhere (Hulu) are, undoubtedly, two biggest hits of 2019-2020. Both earned the biggest range of discussions on social media and have 7.00 and 21.00 odds correspondingly at online gambling sites in Canada. Why should you bet on them to fulfill the Outstanding Limited Series predictions?

Betting on Mrs. America makes sense due to the sharp topic of the miniseries. The FX release follows the story of the movement to ratify the Equal Rights Amendment with a slight departure from the real-life events. Starring Cate Blanchett, Rose Byrne, and Elizabeth Banks, Mrs. America season 1 got recognition from critics and viewers (7.9/10).

Little Fires Everywhere is another breakthrough in the last 12 months. The miniseries has an impressive cast – Reese Witherspoon, Kerry Washington, Joshua Jackson – and a great plot. Based on the same-name novel by Celeste Ng, Little Fires Everywhere tells the story of class and race inequality in the country, where everyone seems to be happy. Also, the series became a hit with a 7.8/10 mark from viewers. So, you can bet on it to win the Emmy award at 1xBET Sportsbook.

Nevertheless, Watchmen lead the odds at online sportsbooks in Canada to win the Emmys. The comics-based TV series was released in 2019 and got 8.1/10 points from the audience. In addition, critics are also satisfied with this interpretation of the same-name comics series rather than the 2009 movie; they have given the series 95% of fresh reviews at RottenTomatoes.

Watchmen takes place 34 years after the events of the original comics series. Apart from their common duties, characters also deal with such important issues as racial prejudice, rights inequality, etc. The hot issue made in a superhero way received 1.20 odds to win as the Best Limited Series at the Emmys. So, bet on Watchmen if you think that this HBO project deserves the award.

What is more, you can check the other 2020 Emmy Awards predictions such as the Best Lead Actress and bet on them at 1xBET. Don’t miss the chance to benefit from the award season!