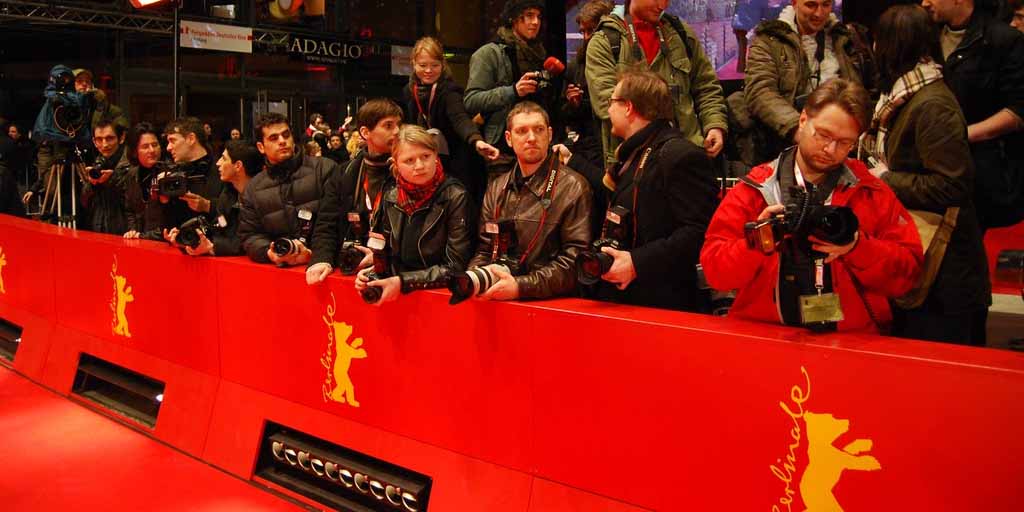 This year, between the 20th of February and the 1st of March, the Golden Bear festival is going to celebrate its 70th edition. The Berlin film festival is one of the biggest events for independent filmmakers. During eleven days of the Berlinale, hundreds of thousands of moviegoers and dabblers visit Berlin to be part of this event. This year, 18 movies from 18 different countries are competing for the Golden Bear awards. Since movie awards are such subjective matter, it’s hard to predict the winners until the award ceremonies. However, the 2020 Golden Bear odds by online betting sites in Germany might help you in the process.

Since 1956, when the FIAPF accredited the festival, the international juries have been in charge of the decision. Before that, the Western German audience used to choose 5 winners for the award, one from each category. Berlinale is known for its diversity, one of the main features that sets it apart from Oscars or Cannes. Movies from the non-English speaking filmmakers enjoy the possibility to reach an international audience during this festival.

With 13 main sections and honorary awards, over 400 movies are screened during the festival. Out of them, Competition is the main event. Honorary Golden Bear award is given to the people for their lifetime achievements in the movies. This year, the jury has decided to honor British Actress Helen Mirren and show her movies to the audience. You might know her from her rule in the “Queen” or the “Hamlet”. As for the Golden Bear award for the Competition, a total of 18 movies are competing.

Three countries’ joint project of the documentary movie ‘There is no evil’ seems to have the highest chance in winning the Golden Bear awards. An Iranian independent filmmaker Mohammad Rasoulof has written and directed the movie. The rest of the team consists of artists from Germany, the Czech Republic, and Iran. Ever since his first successful movie that reached a large enough audience, he had problems with the government. His movies are usually in the documentary style that focuses on social issues. He was jailed for a year after the 2009 election in Iran. Currently, the government has confiscated his passport and banned him from leaving Iran.

As with his other films, ‘There is no evil’ is a documentary-style that depicts 4 different stories. Even though there’s little to no actual narrative connection between these stories, all of them seek an answer to the question of men’s freedom and how far he can take it without harming the societal moral code. This 150-minute movie has already received a general appraisal from the critics and has a 4/1 2020 Golden Bear odds of winning at the online gambling sites in Germany.

The USA has two films in the line-up

Even though the USA is popular for its commercial movies from Hollywood and big franchises, they have quite a good grasp of the independent films too. In this year’s Berlinale two movies in the Competition are from US female directors. Women are directing or co-directing six of the eighteen movies this year. The Berlin Film Festival has signed in a 50/50 representation agreement last year. However, it’s hard to pick the movies in that exact measurement. The art director of the festival Carlo Chatrian once again reminded that they don’t make the movies, they just receive them.

‘The First Cow’ is standing at the top when it comes to 2020 Golden Bear odds at winning. Set in the 19th century, the movie is about an American cook who befriends a Chinese immigrant and plans to build a farm together. The movie director Kelly Reichardt has made this movie in an adaptation of the novel “Half-Life”. Focusing on the human connection when racism was still a norm, and showing the origin of the great American dream this movie has already started getting an appraisal from movie enthusiasts. It was premiered in August in the Telluride film festival.

Eliza Hittman’s ‘Never rarely sometimes always’ is not only important in a way that it captures human fear and coming-off age story, but it also handles a controversial topic of abortion. The movie is about a 17-year-old girl Autumn, whose parents refused to give her permission to get an abortion. In order to find a clinic that can help her, she goes to the New-York with her cousin. The first premier was on Jan 24, and the critics have appraised the movie and some are even hoping that it might help women get a better representation in the house. It has a 6/1 2020 Golden Bear odds at winning at online sportsbook sites in Germany.

Asian representation in the movie industry is rising

With the Parasite winning a handful of Oscars this year, we can see that the Asian filmmakers are finally getting the long-overdue recognition. In this year’s Berlinale a South Korean and Taiwanese produced movies have earned their place in the top six places of 2020 Golden Bear odds.

Taiwanese director Tsai Ming Liang’s drama film ‘Days’ has an 8/1 of betting odds at the bet365 Sportsbook. In the independent film enthusiasts’ circle, Taiwanese films definitely have a special place. Movies like ‘Stray dogs’, ‘A time to live, time to die’ were a sensation. It’s not the first time for the Tsai Ming Liang in the Berlinale. He was a nominee four times, in 1993, 1995, 1997 and 2014. He won a Silver Bear award in 1997 with his film ‘The River’. His new film ‘Days’ tackles a common issue in his other movies- loneliness, hardships of the reality and people’s desperate attempt to escape from it.

The second movie with the sole Asian production team is a Korean film “The woman who ran”. Hong Sansoo directed, edited and produced this film. Only 77 minutes long, this movie is the shortest one in the Competition this year. This movie is minimal, to say the least, the main storyline consists of three meetings. While her husband is on a business trip, the protagonist Gomhee meets with two of her friends in city skirts, and an old acquaintance in the movie theater. The movie has a 9/1 odds of winning the Golden Bear.