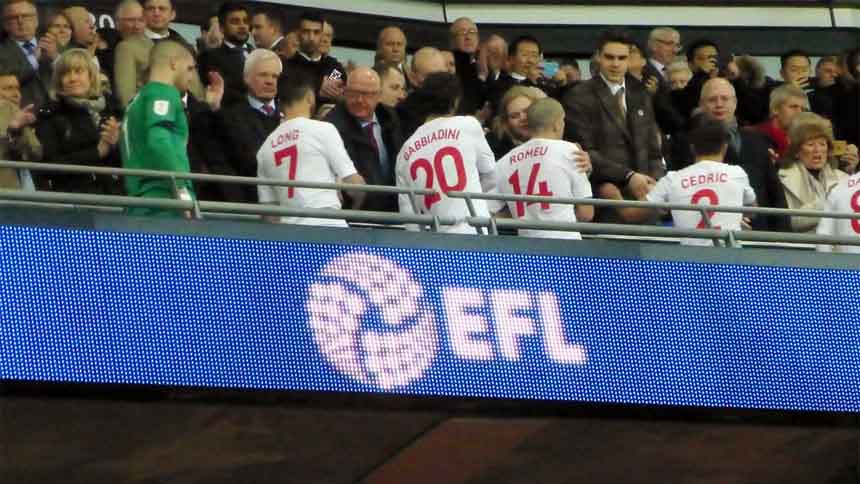 Only eight teams are left in the  2021/22 EFL Cup who will meet in the quarter-finals on the 21st and 22nd of December. Sunderland is the only non-Premier League team still with a chance of winning the cup. They will face Arsenal in the next round. Let’s take a look at the 2021/22 EFL Cup quarter-finals odds for this and the other three games.

The  2021/22 EFL Cup, also known as the Carabao or League Cup will continue with the quarter-finals next week. Only one non-Premier League team has remained in the competition, Sunderland which play in League 1 at the moment.  We can find top teams like Chelsea and Liverpool in the other qualified teams. But last year’s winners, Manchester City are already out after losing on penalties against West Ham United. The Hammers will host the previous season’s other finalists, Tottenham Hotspurs in the most exciting tie of the round. But the other games can bring good football too with all teams aiming for a place in the final. Which will be held next February at Wembley Stadium.

Let’s start with the closest tie: Tottenham Hotspurs vs West Ham. Where online sportsbooks in the UK offer high odds for both teams’ victory. Spurs have shown much better form since the arrival of Antonio Conte and won their last three games. In the EFL Cup, they knocked out Wolverhampton and Burnley to reach the last eight. They will host West Ham United on the 22nd of December with the odds of 2.37 to win the game. But surely it will be a tough game against the Hammers who are having a brilliant season so far.

David Moyes’ team is currently in fourth place in the Premier League which would mean Champions League for the club next season. Of course, there is still a lot to go from the PL but in the EFL Cup, they can easily surprise Spurs. Just like they did with Manchester City and Manchester United in the previous rounds. Their main striker, Michail Antonio can play a key part, just like Harry Kane and Son Heung-Min on the other side. West Ham’s odds to win the match are 3.00 in the  2021/22 EFL Cup quarter-finals odds.

Arsenal, Liverpool, and Chelsea can all reach the semi-finals

Arsenal can have the easiest task against League 1 side Sunderland according to online gambling sites in the UK. Their odds to win are only 1.16 on bet365. Even though Mikel Arteta’s team is still not in their best form, Arsenal improved a lot since last season. They are in fifth place in the Premier League and played confidently in the EFL Cup too. The Londoners knocked out West Bromwich Albion, AFC Wimbledon, and Leeds United so far. They scored 11 goals and kept a clean sheet in all three games. Sunderland have given its best as well in this tournament but would need a huge miracle to knock out the Gunners now.

The remaining two ties seem much more balanced. With Brentford hosting Chelsea and Liverpool playing against Leicester. Thomas Tuchel’s team only won on penalties against Southampton in the last round. But Chelsea are still favored to win against the Bees who are doing well in their first PL season in 75 years. They have the odds of 1.66 to beat Thomas Frank’s team.  Liverpool can have a more difficult job against Leicester City. In spite of the Foxes’ struggling form, they are still in the competition. Their second-line goalkeeper, Danny Ward saved two penalties against Brighton in the cup’s fourth round. Surely he needs to produce other great savings in this game too against Salah and his teammates. But it might not be enough against the Reds who are in top form and have the odds of 1.53 to win the game.