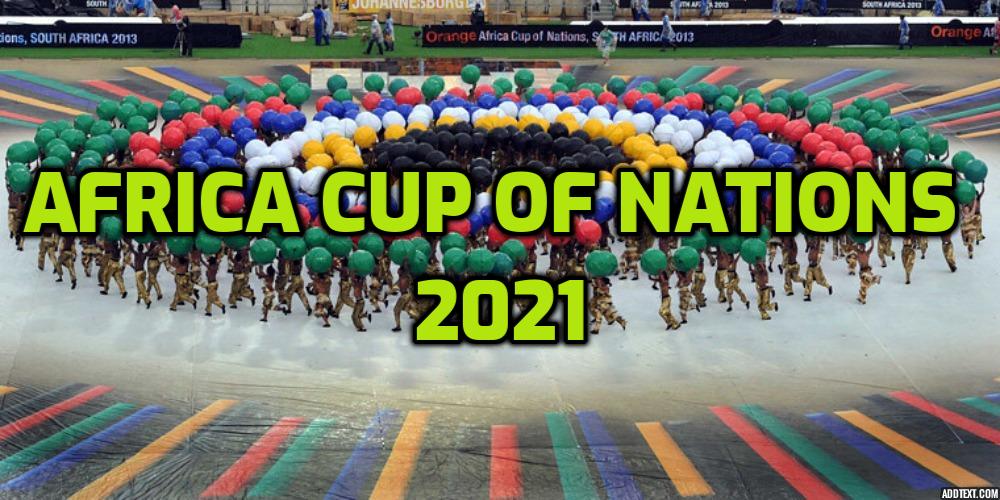 The 2021 Africa Cup of Nations has been postponed last year and it is only held now, between 9 January – 6 February 2022 in Cameroon. Algeria are the defending champions and one of the main favorites again according to the 2021 Africa Cup of Nations winner odds. Along with Senegal and Egypt where we can watch Liverpool teammates, Sadio Mane and Mohamed Salah playing for their countries.

This is the second time in the cup’s history that 24 teams will compete following the first occasion in 2019. Teams are divided into six teams of four. With the first two teams of each group advancing to the last 16. Along with the best four third-place teams. Cameroon hosts the cup in five different cities. While the final will be held on the 6th of February in the capital, Yaounde.

We can find two new names in the field, the Comoros and Gambia who make their debut appearances in the tournament. Some other countries return after a long hiatus like Sierra Leone who last appeared in the cup in 1996. But we can also find the most successful nations in the participating teams. Like Egypt who have won the cup seven times so far, or the defending champions Algeria. Both of them are in the favorites to win again, let’s see their chances now.

We can expect some great, attacking football in the upcoming Africa Cup of Nations with some of the biggest stars of football. There are a few candidates to win the cup this year, with online sportsbooks in Cameroon mentioning two frontrunners: Senegal and Algeria.

Senegal have never won the tournament yet, but they have a huge chance of winning now with the odds of 5.00. The team is led by former player Aliou Cisse. And it includes top players like Chelsea goalkeeper Edouard Mendy, Napoli defender Kalidou Koulibaly and PSG midfielder Idrissa Gueye.  And of course, talisman man Sadio Mane, who scored more than 60 percent of Senegal’s goals.

The defending champions, Algeria follow the “Lions of Teranga” with the odds of 5.50 in the 2021 Africa Cup of Nations winner odds. The Northern African country has already won the title twice before, in 1990 and 2019. Now Djamel Belmadi’s team can defend their title with players like Manchester City striker Riyad Mahrez. Or the best player of the previous tournament, Milan midfielder Ismael Bennacer. Algeria are on a great run as they haven’t been beater for 34 games. They can easily beat Italy’s world record of 37 unbeaten games. They will start against Sierra Leone on the 11th of January with the odds of 1.055 to win the game.

Egypt, Cameroon, and Ivory Coast in Other Top Teams

Egypt have won the Africa Cup of Nations the most times so far with seven victories. They won the last one in 2010 while the team was already knocked out in the last 16 in the previous tournament. But Carlos Queiroz’s team can get a much better result this time under the leadership of Mohamed Salah. The Liverpool forward is in superb form after scoring already 23 goals in the season. If his teammates can play on a similar level, Egypt can go all the way with the odds of 9.00 to win the cup.

Online gambling sites in Cameroon also mention their own team in the favorites. This is not surprising as Cameroon have several great players too. From Napoli midfielder Andre-Frank Zambo Anguissa to top goalscorer Vincent Aboubakar. But  Bayern striker Eric Maxim Choupo-Moting can also contribute a lot to the team’s success. Their odds to win their sixth title are 8.00. Another former winner, the Ivory Coast will miss the World Cup thanks to Cameroon. But they might take revenge on the hosts in the Africa Cup. Their quality squad includes several Premier League players from Wilfried Zaha to Eric Bailly and Nicolas Pepe. But one of their key players can be Ajax forward Sebastien Haller, the top scorer of the Champions League. The team’s odds to win the cup are also 9.00 on bet365.