2021 PFA Player Of The Year Predictions – Too Many Talented Players 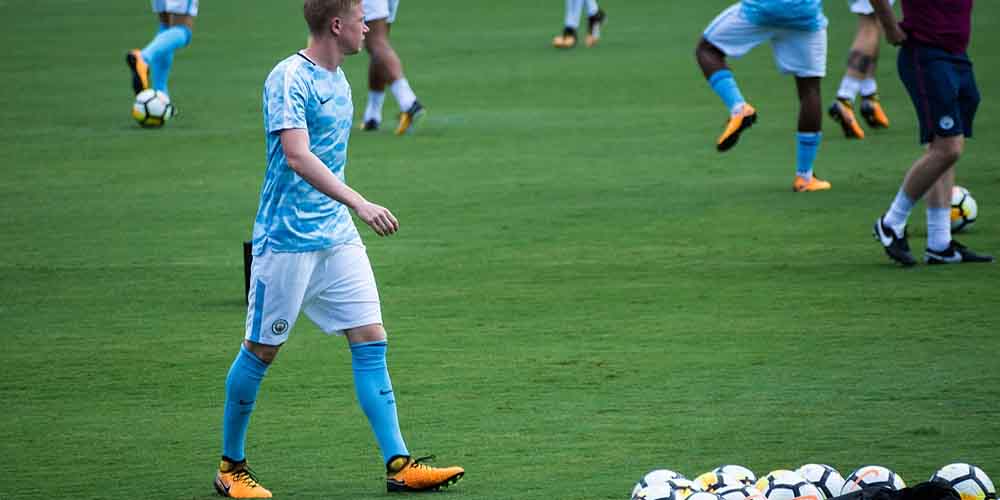 2021 PFA player of the year predictions shows that the award holder is currently leading the race. If Kevin De Bruyne continues his performances, he will certainly win it for the second consecutive year. However, he will face tough competition from several other players. For instance, new arrival Bruno Fernandes has made a statement in the second half of last season. Also, Mo Salah is always one of the best players in the league.

Kevin De Bruyne is currently the holder of the PFA player of the year award. The Belgian became the first player to win it from Manchester City. After a remarkable performance last season, it is highly likely we see him win it again if he keeps this level of performance. De Bruyne scored 13 goals and assisted 20 in 35 games in the Premier League. He is a key player in Guardiola’s squad and will continue to be the star of the team if no injuries intervene. As a result, the 29-year-old is a favorite in the 2021 PFA player of the year predictions. Online gambling sites in the UK have placed him above everyone else in their betting predictions. For instance, at 1xBET Sportsbook, betting odds for him to win the award for the 2nd consecutive year are 6.00.

Since joining Manchester United in January of 2020, Bruno Fernandes has been the star of the Red Devils. The Portuguese has put on an excellent performance in the 2nd half of the season. He adapted very quickly to the atmosphere of the Premier League and its style of play. After playing 14 games with the Man Utd, Fernandes scored 8 goals and assisted 7 others. Also, he was once selected to win the player of the month award in Manchester United. Since he had more time to adapt and settle in, expect him to be even better as the current season progresses. At the 1xBET Sportsbook, the 2021 PFA player of the year predictions and odds for Fernandes to win is 9.50.

Mohammad Salah is probably the favorite player to Liverpool fans. The Egyptians has had a significant impact on the Reds and helped them win the Premier League after a 30-year drought. Although Salah did not have the best of performances last season, his stats are better than most other players in the league. After playing 34 games, the winger managed to score 19 goals and assist 10 more. Salah has already won this award in 2018 and will be motivated to win yet again. He is still 28 years old and is still peaking. Therefore, expect him to come out stronger than ever in this upcoming season. The 2021 PFA player of the year odds for Salah to win are 12.00.

2021 PFA Player Of The Year Predictions: Other Player You Must Never Exclude

Several other talented players are in the candidates’ list to become the 2021 PFA player of the year. For instance, Manchester City’s winger Raheem Sterling was close to winning last season’s award after remarkable performances. Also, Ballon d’Or nominee Virgil Van Dijk is one of the best defenders in the world. The following table shows part of the candidates’ list that you can bet on through online sportsbook sites in the UK.

Visit the 1xBET Sportsbook to see the full list.