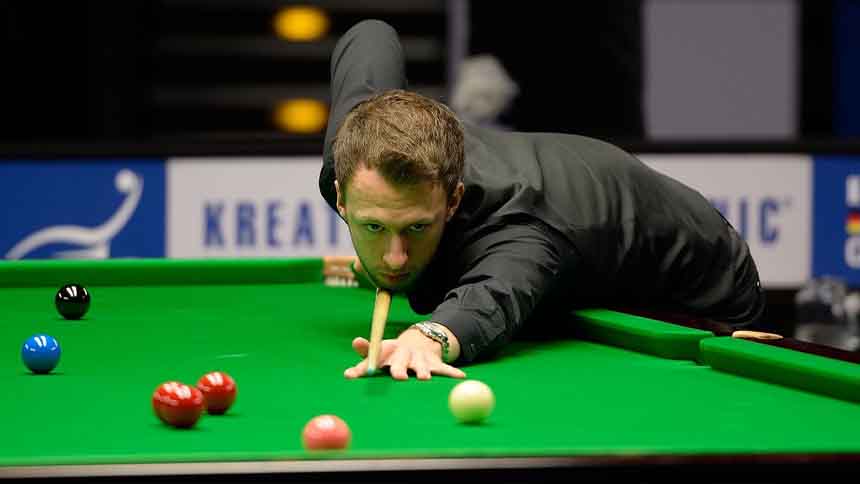 The 2021 Snooker World Grand Prix is held this week, between the 13th and 19th of December at the Coventry Building Society Arena in Coventry.  All top players will compete in the world ranking event including the defending champion, Judd Trump. He is mentioned as the top favorite in the 2021 Snooker World Grand Prix odds in spite of being only the 13th seed of the tournament.

Up to £100 in Bet Credits for new customers at bet365. Min deposit £5. Bet Credits available for use upon settlement of bets to value of qualifying deposit. Min odds, bet and payment method exclusions apply. Returns exclude Bet Credits stake. Time limits and T&Cs apply.
Visit HereBet365 Sportsbook review
The 2021/22 snooker season continues this week with the 2021 Snooker World Grand Prix, the first event of this year’s Cazoo Cup. Which is a bonus cup given to the player who earned the most money across three tournaments: the World Grand Prix, the Players Championship, and the Tour Championship. With only the best eight players competing in the last event, at the Tour Championship. First, though the best 32 players on the one-year ranking list will compete in the World Grand Prix this week. Judd Trump has won this tournament three times already since the inaugural event in 2015. He is also the defending champion after winning against Jack Lisowski in last year’s final. But this year the world No2 is only the 13th seed due to some weaker results.

Even though Judd Trump hasn’t been playing in top form in the new snooker season, online sportsbooks in the UK still offer the smallest odds, 4.50 for his victory. The current world No2 has won one event in the 2021/22 season, the non-ranking event of the Champion of Champions tournament a month ago. He reached the quarter-finals in the Northern Ireland and English Open but was knocked out early in the last two major events. Trump can improve on his record now in one of his most successful competitions. Which he has already won three times so far. The English player will start against compatriot Ben Woollaston and can meet John Higgins in the second round.

Another former World Grand Prix winner, Ronnie O’Sullivan follows Trump in the favorites. His odds to win his 38th event are 5.50 in the 2021 Snooker World Grand Prix odds. The Rocket was close to getting to the final on two occasions this season. But he lost eventually against John Higgins both times. He is still third in the world ranking and might get his first victory since 2020 August now. Current world No1 Mark Selby is still waiting for his first win of the season after crashing out early in the previous tournaments. Now he has the odds of 10.00 to break this spell and get his first win of this event.

Top-form players can also get the trophy

John Higgins has been outstanding this season after reaching the finals of four tournaments so far. But he was the losing party on all occasions. Now the Scottish world No6 will have another chance of finally getting a win. He will start against Tom Ford but Higgins is likely to meet Trump in the last 16. That will be another mouth-watering match between the two great players with equal chances of winning. But even in the case of beating Trump, Higgins’ job won’t get easier. As Selby can wait for him in the next round. Online gambling sites in the UK expect another good performance from the four-time world champion. They offer the odds of 10.00 for his victory.

Belgian Luca Brecel surprised everyone in last week’s Scottish Open, where he won his second ranking title. The 26-year-old got his first win after 2019 and seems to be in good form too. As he has also reached the final of the 2021 UK Championship a week earlier. This is the third time he qualified for the World Grand Prix but he is the second seed of the event now. With the odds of 15.00 to win it. While the first seed of the tournament is Chinese Zhao Xintong. The 24-year-old player won his first ranking event in the 2021 UK Championship two weeks ago. Last year he reached the quarter-final at the World Grand Prix but he can go even further now. His odds to win the tournament are 23.00 on bet365.