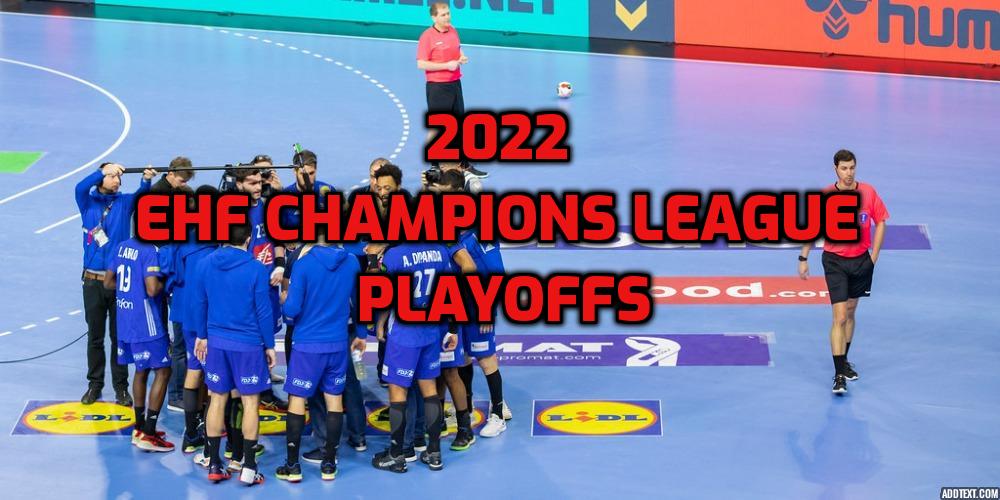 The 2021/22 EHF Champions League season continues this week with the first leg of the playoff round. Teams finishing between the 3rd and 6th places in both groups will fight for the last four places in the quarterfinals. Veszprem and PSG are favored to win away in the 2022 EHF Champions League playoffs predictions. While the game between Porto and Montpellier can be the closest one according to the bookmakers.

Aalborg, Kiel, Kielce, and Barcelona have already qualified for this season’s EHF Champions League quarterfinals after finishing in the top two places of their groups. Now eight more teams will meet in the playoffs and hope to join them in the last eight. We can see some top clubs in these matches like the bronze medalist of the previous season, Paris Saint-Germain. Or the 2014 winner German team, SG Flensburg-Handewitt. They will host Pick-Szeged this Wednesday while the other Hungarian team, Veszprem will visit the home of Vardar on Thursday. In the last tie, Porto and Montpellier will play against each other with similar chances of getting through to the next round.

Paris Saint-Germain will visit the home of Norwegian Elverum after missing out on the qualifying places. The French star club finished third in their group but are favored to win the first leg in Norway with the odds of 1.16.  Raul Gonzalez has such top-quality players in his squad as the Karabatic brothers, right-winger Ferran Sole or Danish Henrik Toft Hansen. Though the team will miss one of the best players in the world, Mikkel Hansen after a blood clot appeared in his lungs following knee surgery. Still, the team should win against Elverum, who finished only in 6th place in the other group. The Norwegian club has never reached this stage and their chances are not too good against PSG either.

The Hungarian champions, Telekom Veszprem should also get the win already in the first match against RK Vardar. Online sportsbooks in Hungary offer the odds of 1.20 for their victory in their 2022 EHF Champions League playoffs predictions. While the odds of a home win are 5.39. Veszprem finished fourth behind PSG in the group stage after suffering unexpected defeats from Dinamo and Motor. Now the team will face RK Vardar who finished fifth in the opposite group. Interestingly the Macedonian club is managed by former Veszprem coach David Davis now. He is surely aware of what his former players like Rasmus Lauge, Jorge Maqueda, and Mate Lekai are capable of. But the two-time Champions League winners won’t give up the fight and aim for a win in front of their home crowd.

Equal chances in the Porto vs Montpellier tie, Flensburg Favored Against Szeged

The 2014 Champions league winner German club, SG Flensburg-Handewitt will host the Hungarian team of Pick Szeged in Wednesday’s other match. The home team is favored to win with the odds of 1.49 by online gambling sites in Hungary. While they offer the odds of 3.16 for Szeged’s win. Flensburg only finished sixth in their group, but that result doesn’t reflect their real power. Their great Danish and Swedish players like Mads Mensah Larsen, Aaron Mensing, and Jim Gottfridsson can lead them to victory. Szeged have a great squad too, but in the two teams’ last eight meetings they only won once. Making their coach, Juan Carlos Pastor’s job really difficult.

An even more exciting match is expected in the fourth playoff match between Portuguese Porto and French Montpellier. Porto were very close to reaching the quarterfinal last season but they lost after extra-time against Aalborg at the end. Now Magnus Andersson’s team can try again to get to the last eight. But they need to knock out Montpellier first. And it won’t be an easy task as the French club is a much more experienced team with two former Champions League titles. They finished fourth in their group after drawing their last game with Szeged. Their top goal scorers in that game, Swedish Lucas Pellas, and Argentine Diego Simonet can help them against Porto too. But the home team can achieve good results too as their victory against group leader Kielce proved. Now both teams have the same odds, 2.07 on 22Bet for the win on Thursday.