3 Reasons Why a McGregor vs. Mayweather Boxing Match Won’t Happen 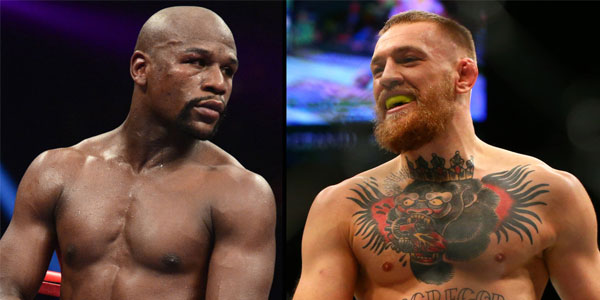 Contrary to many “analyst” opinions, a McGregor vs. Mayweather boxing match will never happen. Here are 3 reasons why.

Floyd Mayweather is one of the highest paid athletes of all time. The 49-0 boxer is appropriately nicknamed “money,” taking in an average $40 million per fight. His highest purse to date came in a monster superfight with Manny Pacquiao, where Mayweather is said to have made upwards of $230 million in one night.

Conor McGregor is not struggling for money either, but there’s no denying he makes considerably less than boxing’s GOAT. Conor’s biggest purse to date is said to have come in the rematch with Nate Diaz, with some reports claiming he made $15 million. Comparing these two fighters financially, Floyd blows McGregor out of the water.

Here’s where things get strange. A McGregor vs. Mayweather boxing match would likely be one of, if not the biggest fights in history, and would make US gambling news with the amount of gambling revenue it would make. Finding an agreeable way to split the cash would just be too difficult. Mayweather has already laughed off Dana White’s $25 million offer, and likely won’t step in the ring for less than $100 million.

Speaking of Dana White, he’s one of the biggest factors in this fight getting made. Why is that? McGregor is currently under contract with the UFC, and in most business cases, Dana White gets the final say. He won’t risk his biggest star getting injured our embarrassed unless the UFC has something massive to gain from it.

Floyd Mayweather on the other hand acts as his own promoter. He’s essentially his own boss, which allows him to cut deals that were unprecedented in combat sports just a few years ago. Furthermore, Floyd will need to deal directly with White, which, if the past is any indication, can be difficult.

In order for this fight to even be scheduled, both the UFC brass and Mayweather and his team will need to get to together and hash out the details. While both parties surely know how lucrative this fight could be, coming to an agreement on everything will be a serious challenge.

They compete in two different sports

Most online sportsbooks in the US have a massive gap in the McGregor vs. Mayweather boxing betting lines. Unsurprisingly, Mayweather is seen as a huge betting favorite, as he is one of the greatest boxers in the history of the sport. McGregor is a skilled striker, but has never competed professionally in boxing, which is an entirely different sport to MMA.

Yes it’s true, MMA does involve striking, and McGregor is one of the best MMA fighters at using his hands. That’s not the issue. It’s the little details that boxers have spent years ingraining into their minds. Distance, footwork, timing, even the larger gloves. Traditional boxing is completely different to MMA.

With that being said, anything can happen inside the ring. Conor can win, but the odds are stacked against him. Intertops has already set the McGregor vs. Mayweather boxing match odds, and the Irishman is seen as a massive boxing underdog with odds of 7.00. Mayweather’s odds to beat McGregor are set at 1.08.

It’s always fun to imagine a superfight. Seeing two of the biggest stars in combat sports facing off would be surreal, but there are simply too many factors preventing a McGregor vs. Mayweather boxing match from coming to fruition.