7 Best Hockey Movies Everyone Should Watch 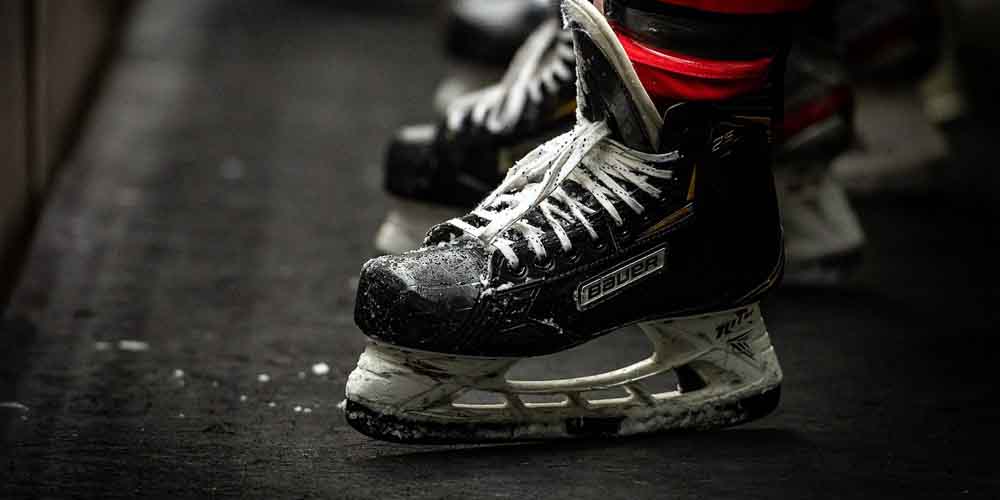 One of the most popular games in the world simply could not remain without film coverage. As the saying goes, if you love animal films, that doesn’t mean you will enjoy the slaughterhouse report. If we try to collect our rating of the 7 best hockey movies, not in ascending or descending order of film quality, budget, or production year, but in terms of the power of conveying the atmosphere of hockey – how will it turn out?

There is no shortage of great hockey movies. It doesn’t matter if you’re partial to goals or fights, Olympics or skaters, old school or newbies, if you’re a hockey fan, there is the perfect movie for you, and these are the top 7.

The first movie from the Walt Disney Pictures trilogy of films about the children’s hockey team. In the story, once in his youth, lawyer Gordon Bombay played hockey. Many years later, fate again gives him a chance to return to big sport. For a misdemeanor, he was sentenced by the city to community service as the coach of the worst children’s hockey team in the league. Gordon’s charges do not know how to skate. The lawyer calls his team “The Mighty Ducklings” and begins to prepare them for victory. The long-awaited finale is approaching. The inspirational movie proved to be very successful at the box office, so two more sequels were filmed for it. And in the city of Anaheim there is even a real hockey club “Mighty Ducklings”.

This is already a picture for an older audience. Hockey is here again as the backdrop, but it fits into the script quite elegantly. The cruel hockey player Derek Thompson’s nickname is “Tooth Fairy” – guess why. He does not give money to his rivals for teeth knocked out on the ice arena. But he will have to. Because the most real tooth fairies have been sharpening their teeth on him for a long time.

Since the cinema is still for children, there is a place for magic and mythical creatures in the world of this movie. Accordingly, the tooth fairies considered this behavior of the hockey player damage to their reputation, and punished him with humor. They forced him to do the fairies’ work: take away the baby teeth from the kids and leave a coin in return. Well, in parallel, it helped him become better: both as an athlete and as a person.

A small town, lost among the white silence of distant Alaska, was doomed to remain only on the map, and not in history. Suddenly he was in the spotlight. As the local hockey team took on a challenge from NHL favorite, the famed New York Rangers! Sports fans gazed at a small pond at the end of the earth, where the match of the century is about to take place. And the outcome of this ice battle is far from so obvious. Because it is not known what the mysterious inhabitants of Alaska are capable of.

Watching hockey movies is an amazing pastime, as well as betting on your favorite sport on 1xBET Sportsbook. Check out the online sportsbook sites in Russia for more sportsbook options!

Doug is a simple bouncer working in a provincial bar. Once, having got involved in a fight at a hockey game with one of the players, he comes to the attention of the coach of the team of masters. He urgently needs a player who can defend the club’s leading striker on the ice. Doug doesn’t know how to skate, but you can learn it, but in a fight, he has no equal!

The rival team has its tough guy, Ross Ria, which makes the entire hockey league tremble at the sight. Doug and Ross will face off in one match. Our hero, with the help of his friend, makes a dizzying career, rallying the whole team around him, and winning the love of the best girl in the world. From Doug’s point of view, of course.

I know, this is a series, but we just could not fail to include it in the rating. Even people far from hockey cosmically – they watched this series, loved its heroes, worried about the guys and their girls, wished them happiness. Of course, the characters often succeed in everything on the ice too easily. But there are also enough moments with failures, with difficult growth over themselves, as the same goalkeeper Bakin. It’s even a little surprising that this series is not just “on a fashionable theme”, it turned out – about hockey. About hockey players. About living people.

Before placing your winning bet on 1xBET, make sure to read our article about Ice Hockey Betting Tips from Pros 2021. And also check out the online sportsbook news in Russia for additional information.

A film story about Walter Gretzky – the father of the best hockey player in the history of world hockey. It is based on the book of “Wally” himself. And from it, perhaps you will learn that Gretzky Sr. in Canada is no less a legendary person than his outstanding son. Walter’s life is a constant struggle with unexpected twists of fate and countless illnesses that cannot kill his enormous zest for life. Watching the movie is worth at least the incredibly touching moment when Wayne talks about his successes to his father who has lost his memory, who taught him hockey, but does not remember it.

An old-school black-and-white movie about how former hockey player Johnny Hansen returns to the ice to earn some money for a comfortable old age. To do this, he needs to bring the “New York Panthers” to the finale. And at the same time fight off the gangsters who demand Johnny play a series of agreements. John Wayne played the main role in the movie – the king of Westerns and the American embodiment of masculinity and individualism. And in this sports drama, he is, as always, cool and convincing in resolving issues.

Hockey is one of the brightest and most dynamic games invented by mankind. Fans are attracted not only by speed and movement but also by bright personalities, vicissitudes of fate, and memorable moments. So that’s why we decided to select the 7 best hockey movies so that you know exactly how to spend the next weekend.