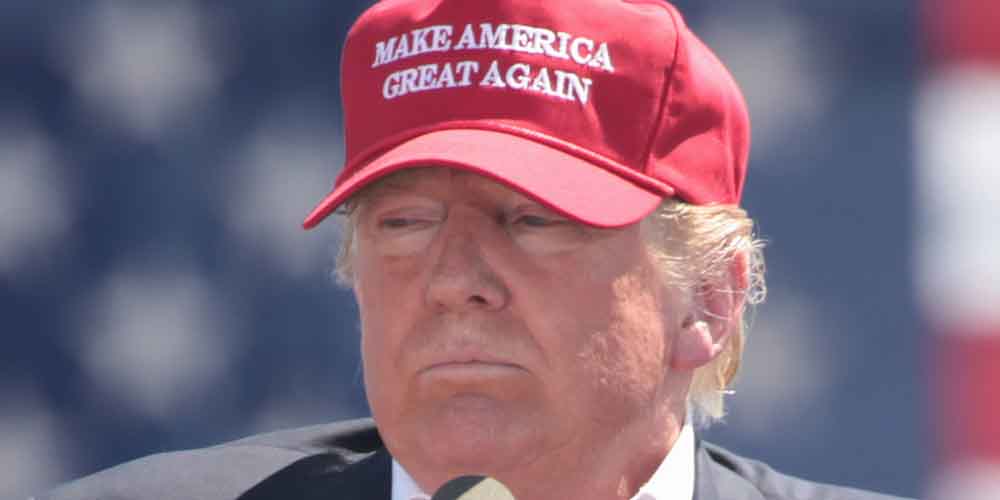 Despite all the pressures upon him the US president is sticking to his guns. Unwilling to back down in face of violent protestors, he continues on course to retain the White House. Even one of his biggest detractors, Michael Moore, believes he’ll win again. So perhaps, before dismissing a bet on Donald Trump to win in 2020 out of hand, we should look at the chances. Online betting sites in the US are still giving him around 10/11 to win, the same as the odds on Joe Biden.

“American warriors,” Trump reminded the mainstream media, “did not defeat fascism and oppression overseas only to watch our freedoms be trampled by violent mobs here at home.” Apparently, the US president tires of watching inept local leadership surrender cities to the crass violence of the mob. Likewise, he appears unwilling to jump on the bandwagon of tarring all police with one brush. Indeed that’s why you can bet on Donald Trump to win in 2020. His loyalty.

“They choke sometimes, and it’s a very tough situation.” The president said, underlining the fact that the police are not superhuman and can err just as we all might. “Just like in a golf tournament. They miss a 3-foot putt.” The president swiftly highlighted that recent incidents are the product of a few bad apples not a broken system. The stability of the odds on Donald Trump’s reelection a sign the public are apt to side with him, and that’s a good reason to bet on Donald Trump to win in 2020.

President Accepts The Reality Whilst Chasing The Dream

The president is unsurprised that time of national crisis law enforcement will face more than usual pressure. That this pressure might lead to poor decisions in the heat of the moment likewise isn’t an unforeseeable eventuality. A bet on Donald Trump to win in 2020 so easy to make when he so obviously accepts reality. After all the police are, in some locations, under a daily siege. With local officials unwilling to bring the situation to heel, the president is helpless to assist.

He can offer all manner of assistance but can’t force people to accept help. The situation in Kenosha, for example, is not “acts of peaceful protest”, the President confirms. He considers them “really domestic terror”. Should he treat them as such you can expect that bet on Donald Trump to win in 2020 to be very profitable. Any American gambling laws of free speech will protect these violent radical left-wing thugs burning should think again. Their time is numbered. No nation can tolerate this. Not night after night.

Bet On Donald Trump To Win In 2020 At Bovada Today

No nation can allow this continued flagrant lawbreaking and destruction of civil society. So, it is only a matter of time before federal forces crackdown on these anarchists, communists, and criminals. This will ensure a bet on Donald Trump to win in 2020, at online sportsbook sites in the US, like Bovada, remains tempting. Many Democrats don’t like the nightly violence either.

It is this across-the-aisle-appeal which seals it. It almost urges you to be on Donald Trump to win in 2020 just like he did in 2016. The president can attract Democrats fearful of the radical leftist agenda of Joe Biden far easier than Democrats can make patriots waiver in their support for the President. There may be a public health crisis and riots on the streets but this president has remained resolute. It seems unlikely that will change very much in the next couple of months. Not without severe external pressures.

We take a look at why a bet on Donald Trump to win in 2020 might not be as crazy as the mainstream media and Democrats would have you believe.