A Life Of Dice And Circuses; Gambling In Ancient Rome

News >A Life Of Dice And Circuses; Gambling In Ancient Rome 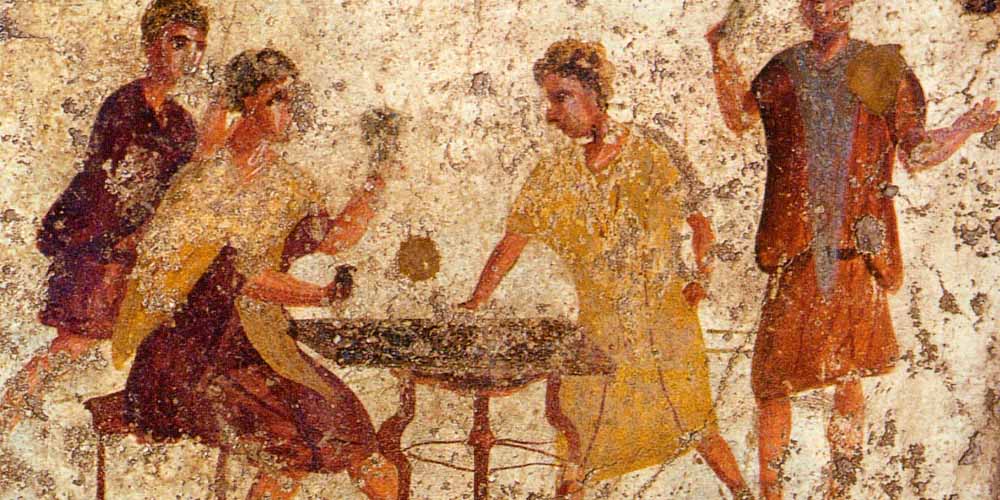 With blood spilled on the sand of the Circus gambling in Ancient Rome was visceral and very popular. Those who like to bet on sports in Italy today will recognize the potential of the frequent games. They may have lacked an equivalent of a modern day bookmaker like Unibet but a flutter was massively popular with rich and poor alike. From recreational dice to the chariot races Romans wagered frequently, often to display their wealth, but it was still very much a vice.

Gambling in Ancient Rome was the proverbial double-edged sword. Despite lacking in the Roman pillars of ‘virtus’, merit or honour, it was widespread and popular. Frowned upon by those of a moralistic bent it was still one of the most common recreational activities. So much so the first legislation against gambling in Ancient Rome, and indeed the world, failed in 204BC. It proved unenforceable. Romans liked to gamble. This began in the late evening of youth for most.

Naturally, the ubiquitous dice games of gambling in Ancient Rome played a part in youthful antics. Playing truant to dice was common. However, it was the Circus which attracted the young in the same way sports still do today. All too easily this brings to mind gladiatorial bouts to the death. The reality is that the youth preferred to wager on the teams of charioteers. This was very much akin to taking advantage of modern Italian gambling laws to bet on football or horseracing.

Chariot Races May One Day Return To Unibet

Audax Sponsio, or rash bets, were a mark of a day out at the Circus for Roman youth, however, long term loyalty would be to one of the four charioteer teams. The racing colours of the Blues, Greens, Reds or Whites garnered fans like modern sports teams. Sometimes these would race individually, and sometimes would team up against the others. Blue and Red vs Green and White was traditional. So much so a youth would be hard pressed to grow up without gambling in Ancient Rome.

“If you have chance in your favor, I shall win by skill”

Inscription On A Table Found

In The Catacombs Of Callixtus

Most wagers would have been for even money and typically undertaken for small amounts in the manner of a pool. All the usual information was available to fans. The trainer, the charioteer concerned, the horse, the gate, etc, etc. Fans analyzed this to see if a wager was worthwhile, but not if one on an opposing team was. You either backed your team or didn’t bet at all. Perhaps just as you’ll find few Lazio fans backing AC Milan at online sportsbook sites in Italy like Unibet today.

The Circus attracted rich as well as poor, of course, but the affable used gambling to signal social status far more. Dice among wealthier Romans was a way of demonstrating one’s riches, and flaunting one’s good fortune. The gods could smile upon someone playing dice at any moment. A pantheistic population saw this as portentous and gambling in Ancient Rome had a massive significance. Social gatherings often involved wagering despite Rome regarding it as a vice generally.

Emperor Augustus (In a letter to Tiberius)

“For my part I lost 20,000 sesterces, but because I was extravagantly generous in my play, as usual. Had I demanded of everyone the stakes which I let go, or had kept all that I gave away, I should have won 50,000. But I like that better for my generosity will exalt me to immortal glory.”

From the plebs, at the chariot races to the wealthy villas in the hills, there was an assignment of importance to gambling in Ancient Rome. It was not mere money but also reputation that was put at stake. To the hierarchy fascinated Romans, this was massively important. Far more so than the win/loss ratios gained at modern online betting sites in Italy like Unibet. For Romans gambling was a part of life, not the most savoury aspect of existence, but nonetheless a hugely important one.

Read more about the golden ages of gambling.

We take a look at gambling in Ancient Rome one of the earliest golden ages of gaming.