There Were Long Knights Of Gambling In The Middle Ages

News >There Were Long Knights Of Gambling In The Middle Ages 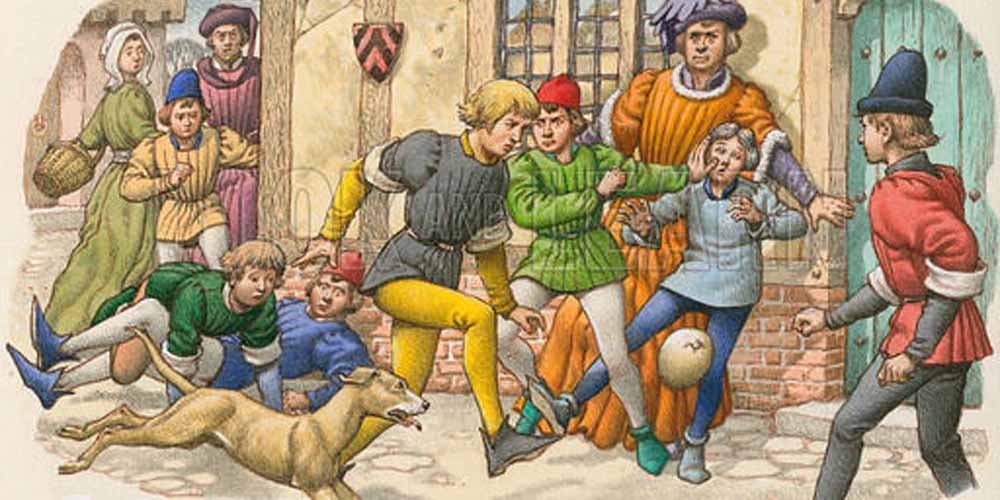 Spanning a thousand years you’d expect gaming to develop quite a bit though the medieval period of history. Gambling in the Middle Ages, however, began with a prohibition and ended with lots more. Not that this stopped anyone actually betting on things, of course. No more than burning a 5G tower would stop someone putting a bet on sports in the UK at Bet365 today. Gaming went through a transformation as global trade brought imported games to much of the world.

In the 10th-century King Richard (the one who turns up in disguise at the end of Robin Hood movies) banned anyone below the rank of knight from gambling on his crusades. Given just how many died before Jerusalem this just may have been a moot point. Certainly whilst it was meant to be a preserve of the rich, the poor just couldn’t help themselves. Gambling in the Middle Ages ran through all levels of society regardless. From kings through to commoners, they were all at it.

Dice were ubiquitous and popular. Passe-Dix, roll three dice with ten or higher winnings and the bank passing from player to player, was commonplace. As was Hazard, a game with two dice and a specified target to roll, similar to Sic Bo from Asia. This is an proto-version of the craps you might play at online betting sites in the UK these days. Many people could wager on Hazard without rolling themselves, so it made for a widening of street gambling in the Middle Ages.

Everyone Partook Of Gambling In The Middle Ages

In a far more positive manner than the crusades, the development of overseas trade brought a bounty of wealth and culture to Europe. This had several knock-on effects. Coins became common and for the poor, this meant gambling in the middle ages was now deniable. Prohibitions on gaming lead to the rise in popularity of Cross And Pile. This was basically gambling on heads or tails. It was a game easily transported and kept from the prying eyes of the authorities.

The Abbot of Cockaigne I am, and this

my council’s all furnished with drinkers, it is,

to be one of the gamblers is my dearest wish,

and whoever at dawn seeks me in the tavern

and thus relieved of his shirt he’ll cry:

Lady Luck, oh what have you done!

The joys of my life are all gone,

you’ve stolen them all every one!’

Meanwhile the rich were taking to the card games brought down the Silk Road from China. Civilized middle class society may have tutted at the poor wagering but enjoyed plenty of it themselves. The depiction of it in Pieter Bruegel’s “The Fight Between Carnival And Lent” speaks volumes. The scattered cards littering the ground. Gambling in the Middle Ages was just part and parcel of recreation. Indeed the UK gambling laws today work on much the same basis.

Fox And Geese Unlikely To Return To Bet365

People often overlook the other aspect of gambling in the Middle Ages. Jousting. Whilst the wealthy might have put their health and safety on the line, the audience would have staked cash. A crowd of the largely poor would not pass up a chance to bet on which rich fool would fall off his horse first. That’s just human nature. That death and injury might be involved probably not bothering them at all. Which could be why when parliaments arrived they banned gambling.

Preventing the poor gambling on the rich, Edward IV and Henry VII both clamped down hard on gaming. Or at least gaming for others. As the medieval period closed, gambling in the Middle Ages was banned for the poor whilst Edward bet on foxes hunting geese in an enclosure. This blood sport is unlikely to make a return to online sportsbook sites in the UK like Bet365 any time soon. Centuries later, however, the card and dice games of the medieval era are very much still with us.

Read more about the golden ages of gambling.

We take a look at how gambling in the Middle Ages was enjoyed by everyone but only really legal for the very rich.