All About the New Internet Gambling Laws in the Czech Republic 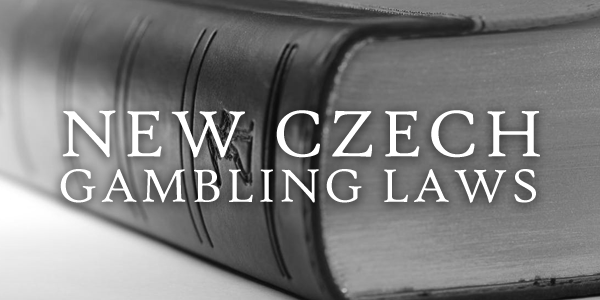 If the Czech Republic has just regulated the market how is it possible that your favorite online casino sites have suddenly ceased to accept Czech players? Below you can find all important details about the new internet gambling laws in the Czech Republic, introduced in 2017!

In July, 2016, president Miloš Zeman has approved numerous laws regarding gambling in the Czech Republic. The new Czech gambling framework is in place since January, 2017, and it is regarded as the “most fundamental change in the business environment for this sector since 1990.” As you might have guessed based on the above dates, online gambling regulation has been introduced, for the first time in the Czech Republic, alongside these laws.

As of now, online gambling is fully enabled and regulated in the Czech Republic. However, the operator of the service has to be licensed in the Czech Republic. In order to acquire a license from the country’s Ministry of Finance the operator must agree to pay 35-percent tax on casino gaming, 23-percent tax on betting, as well as a 19-percent corporate tax. Unlicensed online casinos are blacklisted and the internet providers are required to block access to them. This latter requirement has failed in practice, as blacklisted gambling sites remained easily accessible from the Czech Republic.

Due to the high tax-rates, a number of operators have decided to leave the country instead of applying for a license. Though the blacklisting procedure does not work as legislators were expecting, the new approach towards unlicensed operators ”will be much stricter than before 2017,” said Vojtech Chloupek in an interview for G Report Magazine.

Internet gambling laws in the Czech Republic have been implemented less than a year ago. The fact that legislators are willing to license online gambling and betting in the country is an encouraging sign. 10 months are not enough to collect enough feedback and statistics to determine the effect of the regulations. While smaller operators are leaving the country, giants such as PokerStars have already acquired a license.