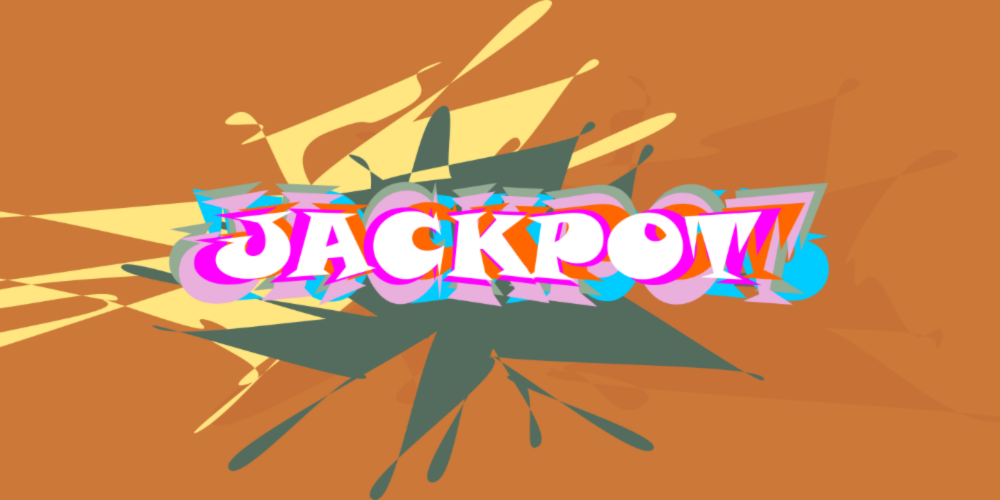 The Internet is full of happy and also cringe-worthy lottery stories, but what about the it-was-close moments? We have found plenty of winners who almost missed out on the jackpot. Can you imagine the heartache and frustration after realizing how close they were to being rich? Let’s find out the amounts they almost never received!

She Needed A Little Push

In November 2021, LaQuedra Edwards had just put $ 40 into a lottery ticket vending machine and was about to choose the ticket she wanted to buy when some rude guy collided with her and, therefore, accidentally pressed the wrong button. He just pushed her, didn’t say a word, and walked away. She used to buy cheaper scratch cards, but when he bumped into her, she got a $ 30 lottery ticket called the 200X Scratchers.

At first, she was annoyed because she spent almost all of her money on a single ticket. Her mood immediately brightened when she started scratching the card in her car and realized she had won the $ 10 million grand prize. Can you imagine? Without that little push, literally, she almost missed out on the jackpot. The California Lottery Company said that there is one jackpot-winning ticket in every 3 million. Edwards was the fifth to win it, and there is only one more $ 10 million jackpot-winning scratch card available. So good luck, Folks! The lucky lady plans to buy a house from the prize and start a non-profit organization.

Almost Missing Out On The Prize

Mary Elliott bought a $ 2 ticket the day before the Cash 5 with EZ Match game in Virginia. On the ticket, she marked family birthdays, including that of her son, who passed away a few years ago. The odds of picking all five winning numbers were 1:750,000. Mary later told a reporter that she somehow felt she had to play, even though she hadn’t bought a lottery ticket for more than a decade.

She didn’t think some people are simply lucky. She believed that if God wants to give you something, he makes sure you get it. They drew the winning numbers on Thursday, but Mary thought it was on Friday, so she waited until the next day for the draw. She looked at the lottery’s website over and over again, but the new winning numbers didn’t want to appear. After realizing that she was waiting for a draw that had been over and done with the day before. When she looked at Thursday’s winning numbers, they matched her numbers.

Digging Through The Trash

The feeling that gripped her was unlike anything she had felt before. As a diabetic, she likened it to blood sugar spikes. She got nervous, excited, and happy all at once. However, she had to do something unexpected. She had to fetch the ticket. Earlier, she had collected and discarded several tickets from another game that did not win. She and her husband rushed into the bathroom in a panic and fished out the coupon from the trashcan, a little bit coffee-stained.

Mary used her phone to scan the code of the ticket, and even though the numbers were correct, the program said she hadn’t won. Her husband suggested they try to dry the lottery ticket. They attempted to scan it again a couple of hours later. This time the app also confirmed that the coupon won indeed. Later, the lottery employee told her that she was among the big winners and that she had won $ 110,000. It was a close call since she almost missed out on the prize!

It Was The Employee’s Fault

John Buster bought five tickets for the Mega Millions draw. However, the man said the employee only printed one ticket first and started another transaction for the remaining four tickets. He claimed that he would have gotten different numbers if the employee had made them all at once instead of asking for the first one separately. Buster got up early on the Saturday following the draw and scanned the ticket with the app on his phone.

As it turned out, he guessed the main five numbers correctly on one of the tickets, but not the additional Mega Ball, so, unfortunately, he did not just almost miss out on the jackpot, but the $ 1 million second prize was his. When he scanned the ticket, he got freaked out and ran into the house. He said that he usually doesn’t have any luck, so he thought since it was already a mistake to print the tickets, it was also a mistake.

So he looked up the lottery’s phone number on Google to make sure he really won, and it was true! He was waiting to wake up from this dream for the rest of the day. The man bought himself a new car, paid out his mother’s mortgage from the prize, and put the rest of it aside for his retirement. This money will spare him a lot of stress since he won’t have to worry about financial matters anymore. Lotteries have supplied lots of various stories. Check out the story of the stolen lottery ticket, worth millions of dollars!

Going For Dinner And Coming Back With The Prize

The lucky man went to the store to buy a pre-fried chicken for dinner. He had bought what her wife had asked for, and since he was there, he stopped by the self-service lottery machine. The fortunate man admitted that he actually wanted to play for the $ 421 million Mega Millions jackpot. He tossed a $ 20 ticket into the machine, bought a Mega Millions ticket for $ 10, and the first lottery ticket that cost $ 10 was the Monopoly X50.

Later, after the family had eaten a delicious chicken dinner, the man decided to scrape off the ticket. He immediately saw that he had won, just not sure how much. He thought he had won $ 10, so at least he got his money back. To make sure of the amount, he scanned the scraper card using the lottery’s mobile application and found out that he had won $ 100,000. He swore something fierce, so his family thought he was angry about something.

Of course, he quickly cleared up the misunderstanding, and they began to celebrate. The family plans to go on holiday with the money, pay off their debts, tidy up the house and maybe buy a new TV. He wants to do charity work too. Sometimes the jackpot winners think of others as well, like the Thai monk who won the lottery!  You can never know when luck finds you, but you can try to look for it yourself at The Lotter!

Almost Missing Out On The Prize

The lucky lady won the Oz lottery’s jackpot in February, but she ignored several emails and phone calls because she thought someone was trying to prank her. She had a few calls and emails right after the draw, but she didn’t know the phone number or the email address, so she didn’t return the calls or write back. She believed that it was a scam. To think she almost missed out on the prize!

So she had no idea about the jackpot until she suddenly remembered that she had previously bought a lottery ticket and logged in to her online account on the lottery’s website. All the emails and missed phone calls finally made sense when she realized she had won. The lucky player won $ 72,580. The lady admitted that she is still in shock and does not know for sure what she will spend the prize on. She had to digest it all first, and only after the money arrived in her account did she decide what to spend it on.

The Same Thing Happened In Australia

A similar case occurred in Australia last year. A man was on his way home from walking his dog when he received a life-changing phone call. He hoped that it was not a scam. He got a lot of unpleasant calls recently, so he hoped that was not another one, but it seemed too good to be true. After the lottery company employee clarified that this was not a scam and that he had actually won $ 1 million, the man was in a bit of a state of shock. He couldn’t believe that he was a millionaire and who could blame him? Though everyone wants to get a call like that from The Lotter!

Gabriel Fierro and his wife usually have lunch at an Asian restaurant once a week. One of the fortune cookies he got there in January turned out to be bringing a fortune for both of them. Fierro decided to play the numbers in the cookie in one of the most popular online lotto sites in The US, the Mega Millions. He did well as he managed to pocket the biggest online lottery prize in the state’s history. Since Fierro also bought the Megaplier, a prize multiplier for the ticket, he multiplied the $ 1 million four times, so he won $ 4 million eventually.

At first, Fierro didn’t even want to believe what had happened. He got an email that morning after the draw and stared ahead in shock. He thought it was a scam and showed it to his wife, and she also thought it was a joke. Then when they realized what had happened, they ran screaming around the house. The Fierroes have picked up their prize, which, after the taxes, became $ 2.84 million. The 60-year-old veteran, who has spent 32 years in the army, plans to invest a big chunk of the money.

Almost Missing Out On The Jackpot

Laura Spears says it’s a good idea to look at messages that land in your spam folder sometimes, as she recently discovered that she won $ 3 million in the lottery. The lucky lady bought a Mega Millions ticket for the 2021 draw on one of the online lottery sites in the US. She got all five numbers right and won $ 1 million. However, since she also bought the Megaplier prize multiplier feature for her ticket, she tripled that amount. She saw an ad on a social media site that the Mega Millions jackpot had grown very big, so she bought a ticket.

A few days later, she was waiting for an email that someone sent but couldn’t find it, so she looked through the spam folder. That’s when she saw the lottery’s email saying she won. She couldn’t believe it, so she logged into her account on the lottery site, and it stated the same thing as the email. The lucky lady said she plans to share the prize with her family and retire early. Her advice for lotto ticket buyers? Check your spam folder more often or like her, you will almost miss out on the jackpot