Another 7 Things To Do With A Casino 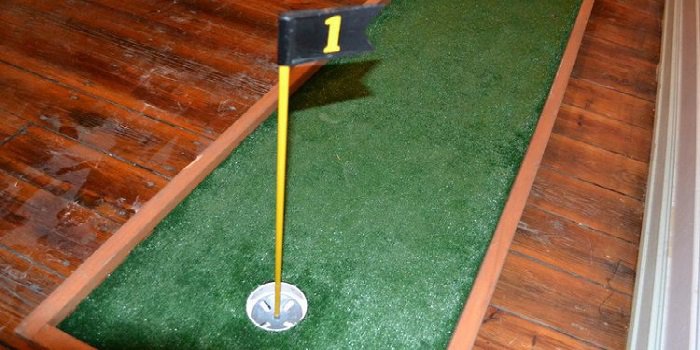 As US gambling laws continue to slowly become more suitable for the 21st century and online betting sites like Bet365 bestride the globe I continue my search for something to do with all the casinos that will inevitably close as their over saturation of the market and increased competition from the net slowly throttles all but very few of them. This might seem far-fetched as ever more casinos are being built, but it’s precisely that which will bring them down.

Atlantic City is a prime example with the Revel managing two years from Grand Opening to shutting up shop, too many cooks may spoil the broth but too many casinos leaves someone going bankrupt. Macau continues to add to its repertoire of gaming palaces despite its mainstay business being threatened by a combination of the Chinese authorities cracking down on junkets and the ban on smoking that was put in place, so you’ll see the same there in due course.

So what can we do with these monoliths to an outmoded form of gambling that has gone the way of the gladiatorial arenas in Rome? Well here’s seven ideas that Atlantic City hasn’t tried yet, and other developers might want to make note of.

With all the machines and facilities still in place this would be a spectacular environment for paint pellet combat. Multiple teams operating across the vastness of the complex would face a multitude of hazards and differing tactical situations. Would they be able to hold onto their base at in the five star restaurant whilst simultaneously attacking the enemy who’ve taken up a defensive stance around the cocktail lounge? With all the security cameras providing coverage this could be a pay-per-view winner.

For those of you not into waggling around pretend guns as if it were clever there’s always the old favorite hide & seek, which these days has taken on a slightly sinister turn as organized groups on the internet arrange massive games in branches of IKEA and the like. Whilst the idea of playing hide & seek with several hundred strangers might not be everyone’s cup of tea there are enough places to hide in a casino to make it well worth thinking about as more people turn to internet betting in the US.

It’s a tricky par three from the ornamental pond to the craps table, you have to mind the fish tank on the right and be sure not to clip the alabaster on the left, get the lie right and it’ll be an easy putt, get it wrong and you’ll be stuck behind the twenty-buck slots and needing a chip over the wheel of fortune to get yourself back on track. Careful when you’re driving, those light fittings are a hazard, and if you find yourself stuck under the Roulette table just take the stroke and drop it, anything else would be silly.

Given the number of films in which a casino features prominently you would think that there would be constant business for a filming location permanently decked out as a casino. From episodes of long running TV shows to big blockbusting movies there would be no end of opportunities for the visual arts to employ such a place, and if it were there all the time, always at the ready those dunderheaded idiots in charge of the James Bond franchise could keep on making Casino Royale till they got it right.

This one takes a bit of work on the internal structure, but with slot machines and tables making for some interesting barriers it wouldn’t be too difficult to make the already complex lay out of a modern casino into a maze full of mystery and danger. People could enter the puzzle and trap filled establishment at their own peril gambling news of their demise will not be listed on the notice board outside the next day. The only sticking point with this plan is how you get Karl Rove to live in it.

The rise of the internet might have heralded the demise of the real-world casino but not all it’s gifts have been so savory. The world wide web has proven beyond a shadow of a doubt that if you can think of it, someone is getting turned on by it, objectophilia being by no means the most distasteful. As these online communities inevitably grow they’ll want places to meet up in the real world and I bet there are enough people with a fetish for fruit machines or roulette wheels to keep a former casino busy forever.

No, that isn’t a polite way of saying whorehouse, this is just as it sounds. Patrons would be given a baseball bat upon arrival, given a machine or gaming table of their own, which they would then lay about with all their pent up aggression, anger and frustration till either a) the bat broke, b) the machine or table expired, or c) the patron had had enough. Given the increased levels of stress in the world this could be a winner, and beyond the insurance issues it’s ready for potential investors right this minute.