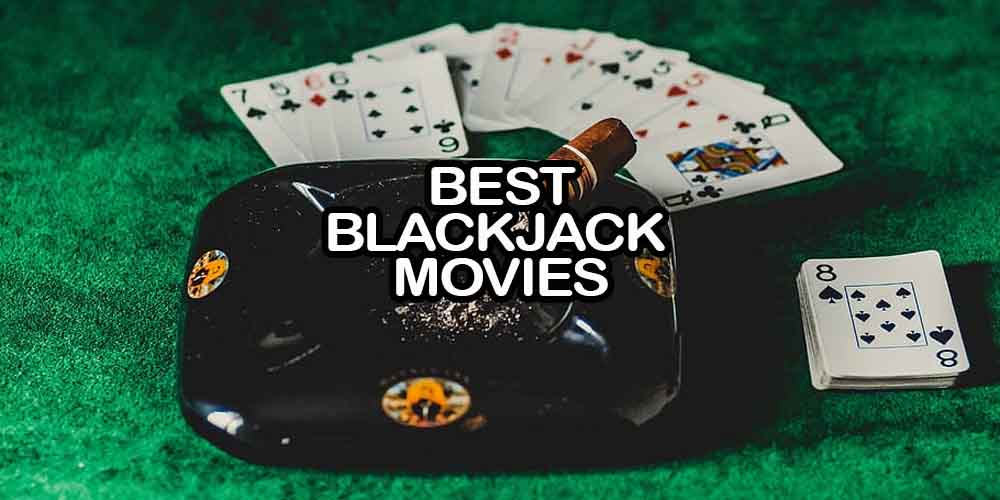 It is not surprising that gambling has always been popular among Hollywood directors who take this theme as the basis for their movies. There are a lot of plots where the main events take place in or around the casino. Moreover, there are a lot of films devoted entirely to gambling. As blackjack is one of the oldest and most popular casino games, it comes as no surprise that this legendary game has been featured in several popular films. Are you ready to explore your options? We have prepared a special list featuring the best blackjack movies you should watch.

Swingers is a 1996 American cult movie about several single, unemployed actors who live their life in Hollywood, California. It was the time of the revival of the swing in the 1990s. The movie quickly became a hit. Moreover, it introduced such actors as Vince Vaughn, Heather Graham, and Ron Livingston to the stardom.

To sum it up, the plot spins around Mike Peters. He is a struggling comedian who decides to come to Los Angeles to find fame and success. However, not everything goes as he previously expects. First, his girlfriend Michell breaks up with him. Therefore, his friends-actors Mike to get back on his feet. And where is the best place to do that, you may wonder? It is Las Vegas, Baby!

So the group of friends decides to go on a trip to Sin City. There they get into different unexpected and hilarious situations. One of the most emblematic scenes of the movie has two of the friends arguing whether they should double down on 11 each time they have an opportunity. If you find yourself in the same situation while gambling in one of the online casinos in the USA, we advise you to read our article about numbers in blackjack. Of course, do it after one of the best blackjack movies you should watch – Swingers.

21 is a real story-based American drama about six guys who are extremely good at card counting. They go to try their skills and luck at famous casinos in Las Vegas. The story begins when Ben Campbell (played by Jim Sturges), a brilliant student is accepted into Harvard Medical School. However, a young guy like him can hardly afford the $300,000 tuition fee. Therefore, Ben applies for a scholarship but faces fierce competition. However, he still has a chance to study at the university of his dreams. Ben’s professor tells him that the scholarship would go to the student that impresses him the most.

After looking at Ben’s latest test Scores, Professor Mikey Rosa decides to invite a young man to his blackjack team and go to Sin City. Using card-counting and covert signaling, these guys increase their odds to win and collect significant rewards. Their blackjack team starts going to Las Vegas quite often. In this way, Ben gets quickly used to a new, luxurious lifestyle. From this moment we will not give you any more spoilers about this one of the best blackjack movies you should watch. However, you can read more about it in our Five Perfect Gambling Movies article.

Rain Man is a very famous American comedy-drama. It tells the story of two different brothers with entirely different personalities. After Charlie Babbitt (played by Tom Cruise) learns that his father has passed away, he travels to Cincinnati, Ohio to settle down with his girlfriend. There, Charlie finds out that his dad has left $3,000,000 inheritance to his older brother Raymond Babbitt (played by Dustin Hoffman). Decided to get at least a part of his father’s inheritance, Charlie travels to a mental institution where his older brother works.

After some time, the siblings go on a road trip through Las Vegas. Here Charlie plans to win inherited money at blackjack by counting cards. Rain Man is one of the best blackjack movies you should watch. It reveals an exciting story about family, ambition, and not to forget card counting. Of course, we will not tell you how this movie ends. However, we can tell you what happens when you visit the Bovada Casino. You will for sure win real money playing your favorite card game!

The Hangover (2009) is for sure one of the most popular American comedies. The plot tells a story of four friends, who go to Las Vegas for a bachelor party. After some unexpected events, three of them wake up in a hotel room with no clue of what has happened before. Thus, now they have to retrace their steps and find their missing friend before the wedding.

You may be wondering why we have called The Hangover one of the best blackjack movies you should watch. It is all because of one particular scene. After Alan (Zack Galifianakis), Stu (Ed Helms) and Phil (Bradley Cooper) think that their friend Doug (Justin Bartha) is being trapped by one Asian gangster, they go to raise $80,000 ransom money. In this difficult situation, Alan suggests putting into practice the skills he acquired from “The World’s Greatest Blackjack Book”. Fortunately, he wins at this game by counting cards. This scene is one of the funniest moments of the movie so you should watch it. And if you want to get as skilled as Alan while playing in one of the online gambling sites in the US, you can check our list of Best Books About Online Gambling.

One of the best blackjack movies you should watch is Casino by Martin Scorsese. It is a story of greed, ambition, money, and power. The main hero Sam “Ace” Rothstein (Robert De Niro) is a gambling expert handicapper. He is asked by Chicago Outfit to check all activities and operations at their Tangiers Casino in Las Vegas. Sam as a real professional quickly doubles the casino profits. After some time his friend Nicky Santoro (Joe Pesci) joins him. However, due to his temper, he does more harm than good.

Nicky’s tough personality allows him to catch gamblers cheating at the blackjack tables at Tangiers Casino. In one of the scenes, he grabs the cheater and gives him the option to either forfeit his winnings or walk out with them but face serious consequences. The movie gets pretty exciting afterward. Are you already excited to watch it? Then do and come to play in the Bovada Casino. Here you will get a real atmosphere of Las Vegas not leaving the comfort of your home. Besides, you can check our list of Five Best Gambling Movies on Netflix and spend a great time with them!

In the mood for BlackJack?