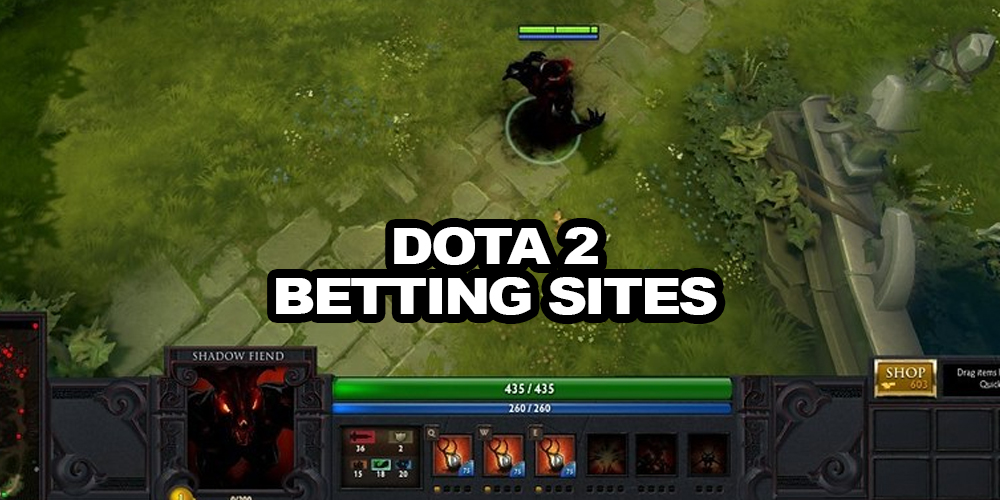 Dota 2 is one of the most popular video games in the esports community. Along with CSGO and Warcraft, it’s one of the first games that has introduced the world to the professional gaming. Thanks to this multiplayer online battle arena game, media has started to get interested in the esports. With the fame, sponsorship, huge fan base and dedicated players came. Another group that started to get interested in the game is the wagers. Here are the best Dota 2 betting sites.

There are thousands of online betting sites in China, but only a few actually have a legitimate license. Since Dota 2 is one of the most popular esports, naturally the fans have more opportunities to choose from. Basically, in all of these sites, you can almost always find a match to bet on. It’s one of the biggest markets in the esports betting industry. Some of the largest international tournaments are Dota 2 tournaments. Actually, “The International’, an international Dota 2 tournament has broken the ceiling of the tournaments with the highest prize pools. In total, the Dota 2 tournaments have distributed around $219 million dollars.  So it’s no wonder why the fans would be rushing to find the best legal Dota 2 betting sites.

You probably already know bet365 sportsbook is one of the most known sportsbooks. Ever since it was established in 1998 in the UK, bet365 sportsbook has been a favorite of the gamblers. All of these years have done nothing but good to the site. The site covers the biggest range of the sports, including an extensive coverage of the esports.

You would find some excellent Dota 2 odds in the site along with some of League of Legends and Counter Strikes Global Offensive. Bet365 sportsbook is a site where the players go knowing that their information would be safe and their privacy protected. Also a feature that attracts the customers the most is that they offer a free streaming service of the game the users have placed a bet on. Only these few features are enough to make the bet365 sportsbook one of the best Dota 2 betting sites. However, there are much more to the site including an attractive welcome bonus and constant promotions.

Similar to the bet365 sportsbook, bet-at-home sportsbook has been in the market for a relatively long time. The reason why they’ve managed to stay in an industry as competitive as this is because of how adaptable they are. Even though bet-at-home sportsbook has a substantial amount of users, they still thrive to attract more by expanding into growing markets. And, what better way to do that than getting into esports betting?

Dota 2 betting is probably the thing that attracts the majority of the esports fans to the site. There are three different ways to bet on Dota 2 on the site. You can either choose pre-match betting, live betting and outright betting. Pre-match betting on Dota 2 is the most popular out of the all. Even though live-betting can be more exciting experience, unfortunately not all matches area available for this option.

Betway is one of the few online sportsbooks in China that dedicate their entire section to esports. And that section is there for a reason. Betway has an extensive range of the esports’ games. Starting from the popular ones including Dota 2, CSGO and StarCraft to the less known ones. Even though they have branched into several different types including casino games, bingo and poker sites, they have stayed loyal to the sportsbook, which they’ve begun with.

22BET is relatively new in the market, having been established in 2017. Considering that the site’s sole focus is not esports, the amount of Dota 2 matches they cover is quite impressive. The sole number of matches they cover can easily take the site to the list of the best Dota 2 betting sites. In 22BET sportsbook, you’ll not only be able to bet on the simple outcome of the game, but you can also bet on the other special options too. These include betting on correct score, total amount of maps won or handicap betting.