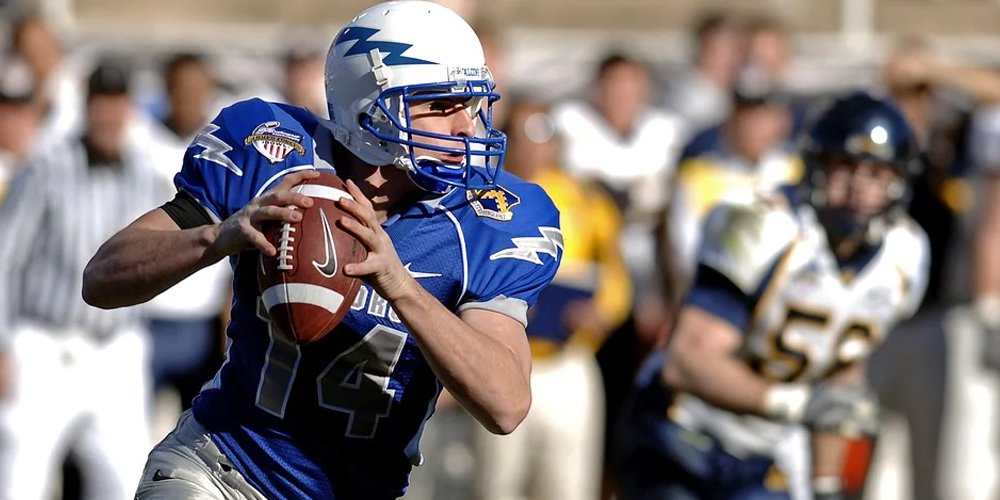 In America, in the city of Tampa, Super Bowl 2021 took place – the main game in American football. Unfortunately, the stadium could be filled to 30% due to the restrictions, so only 22 thousand fans came to the game. During the break, they were able to appreciate the cool performance of The Weeknd, who sang the main hits of his career: Starboy, I Can’t Feel My Face, I Feel It Coming, Blinding Lights, and more. Some fans say it was the best Super Bowl show ever. Let’s figure out if it is true!

On the night of February 7th, Florida hosted the main event of the year in American football. The Tampa Bay Buccaneers played with the Kansas City Chiefs. The match was the 55th in Super Bowl history and ended with a score of 31: 9 in favor of Tampa. Indeed, it has conquered this achievement for the second time in the history of the National Football League. Besides, the stadium stands were only half full, and many of the fans were vaccinated employees of medical institutions. Last year, during the break of the game, the audience was entertained by Shakira and Jennifer Lopez. This time such an honor fell to the Canadian singer The Weekend.

Moreover, the Super Bowl traditionally attracts a huge television audience of over one hundred million people. Indeed, the average Super Bowl audience is 114.4 million. It is ranked second on the list of the world’s most-watched annual sporting events. Meanwhile, the first place in the ranking is the final of the UEFA Champions League. The main reason for the popularity of the Super Bowl game is extremely simple. American football is the national sport in the United States. Most Americans play it from a young age. Therefore, it’s like soccer for Brazilians and hockey for Russians. Online sportsbooks sites in the USA always offer to bet on the best Super Bowl show ever. Was it 2021? Read our article to figure it out!

The results of the game: Tom Brady is a new American hero

Tampa Bay quarterback Tom Brady won the Super Bowl for the seventh time in his career after the Buccaneers beat Kansas City (31-9). For the 43-year-old American, this is his first success with Tampa. However, before that he took the NFL’s main trophy with the New England Patriots six times (in 2002, 2004, 2005, 2015, 2017, 2019). This is a league record. In no sport, we see analogs to what Tom Brady did tonight. He became the greatest quarterback in history there, led his team to nine Super Bowls, and won six of them. The first time this happened was in 2002. A year ago, Brady moved to the Tampa Bay Buccaneers, a club that has not made the playoffs for 13 straight years.

Those who do not imagine the greatness of this athlete thought that this was just a well-fed end to a grand career. He signed a breathtaking contract for an athlete of this age – two years with 25 million dollars guaranteed each. Naive people thought it was just a reward for a glorious career. What can a 43-year-old uncle do, no matter how great he may be, with a team of losers who have not made the playoffs for 13 years? And what happened next? Tampa with Brady went first to the playoffs. Moreover, it went through all its stages and got to the Super Bowl, where it clashed with the reigning NFL champion Kansas City Chiefs. Is it what makes the best Super Bowl show ever? The Bet Online sportsbook can let us know.

To the Stanley Cup, won a few months ago, the glorious city of Tampa added the American football title. Also, for the second time in history! Brady & Co just tore last year’s champion 31: 9. The old quarterback turned out to be mentally younger and fresher than everyone else, becoming the most valuable player in the match and receiving a check for a million dollars. Only imagine 21 accurate passes at 201 yards and three touchdowns! For those who don’t understand anything about American football, these numbers may not say anything.

However, everyone will understand the story when, among huge pumped up 20-year-old thugs, one 43-year-old man for the first time in his life changes the club, comes to where defeat is the norm, and in one season makes this team a champion. As it turned out, this happens not only in the movies. A real sport, after all, is created of such stories. And you need to know them. Read our article It’s Time To Bet On Tom Brady Winning Another Super Bowl to find out more about what happened.

What else was there?

The final game for the title of champion of the National Football League (NFL) of the United States of America can be safely called the main sporting event of the country. And if the sports component of this event does not so much excite the inhabitants of other countries of the world, then the sports component attracts to the screens even those who are indifferent to American football. And the thing is that before the match and during the break, the large audience is entertained right at the stadium by the stars of the first magnitude. This year the task fell to The Weeknd and Miley Cyrus.

First, provocative Miley Cyrus warmed up the audience before the match. The singer has performed several songs, including two duets with rock legends Billy Idol and Joan Jett, appearing on her seventh studio album Plastic Hearts (2020). Well, the main star of Super Bowl 2021 was the singer The Weeknd. Indeed, he sang 9 songs at once during the break between the halves of the match, ending the show with his hit record holder Blinding Lights. The singer appeared at the stadium in his corporate image – a red jacket and black trousers, and with him, a large group of dancers in similar images and with bandaged faces participated in the performance.

The network users liked the musician’s show, even though there were no fantastic tricks in it. The Weeknd managed to escape the fate of Maroon 5, who performed at the 2019 Super Bowl and were criticized. Indeed, Adam Levine was then compared to the chair. Anyways, the Weeknd team managed to put on a grandiose show, using images from the musician’s clips to tracks from his latest album After Hours (2020).

Over the past three decades, many celebrities have performed during the Super Bowl breaks. Beyoncé, Prince, The Rolling Stones, Bruce Springsteen, Justin Timberlake, Michael Jackson, and Bruno Mars performed there. In 2005, Paul McCartney played during the Super Bowl halftime. He said then: “There is nothing more honorable than performing at the Super Bowl.” Besides, the Super Bowl, which is considered one of the most expensive shows on the planet, is known for its commercials featuring superstars. They show them on the big screens in between halves

In particular, this year the famous director David Fincher (“Fight Club”, “The Social Network”, “Munk”), who shot a beer advertisement under the Super Bowl, had a hand in this part of the show. Moreover, Timothy Chalamet, Winona Ryder, Matthew McConaughey, Drake, and others also appeared in other commercials. Indeed, Super Bowl TV ads matter as much as the game itself, with 22 percent of viewers citing ads as the most important event in the final match. Advertising is often witty and funny, but it is not cheap to place it. A 30-second video will cost $ 5.5 million. For comparison: in 1967, at the first Super Bowl, it cost 42 thousand. The Bet Online sportsbook was also following this event. Read about Super Bowl Signposts US Sports Betting In The 21st Century to figure out how to make money out of this event. Good luck!