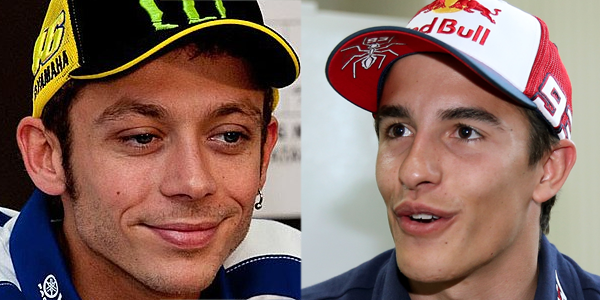 Perhaps they’re putting something in the water. First F1 decides to confound all expectations every single race and now MotoGP riders are, in essence, accusing each other of attempted murder. The Argentinian Grand Prix might have set the tone for the rest of the season now with two of the biggest names in the sport hating each other publicly again for the first time in years, and if there’s one thing you can bet on MotoGP to do it’s take advantage of any soap opera it can find.

It was of course in the big haired and even larger shoulder padded Dallas back in 1986 that Victoria Principle woke up from a nap, walked into the bathroom and found Patrick Duffy alive, well and taking a shower despite having been dead for a couple of years. At the Argentine MotoGP it was merely a feud between two of the leading riders in the world which rose from the grave and the season ahead suddenly looks far more tricky to predict, especially if you like to bet on MotoGP races being won.

Okay, so we shouldn’t over dramatize, there are lots of riders out there on circuit who won’t be after each other’s blood like Marc Marquez and Valentino Rossi, trouble is those two are usually up front and in people’s faces, usually each others. You don’t have to regularly bet on MotoGP nor even regularly bet on sports in the US to look at the tape of their collision in Argentina to know Marc was in the wrong, especially if you take into account his ridiculous aggression in passing some of the other riders.

Did Marc Marquez Let His Anger Get The Better Of Him?

Grand Prix Of The Americas

“I’m scared on the track when I’m with Marquez.” Said Valentino Rossi, the hugely respected racing veteran, afterward. “Because he does it purposely, it is not a mistake. So if you start to play like this, you raise the level to a very dangerous point.” Which is a pretty harsh accusation. Marquez denies it all, of course, and insists it was an error and even went to try and apologize afterwards, but if you bet on MotoGP regularly you’ll already have spotted that for the public relations exercise it really was.

Marc Marquez had already hit several other riders, got a penalty for his coming together with Aleix Espargaro, and basically lost his rag at not leading yet another world championship. His anger was palpable and when he let it get the better of him he just started bashing other riders as if their lives were of no import whatsoever to him. The authorities on the day should have black flagged him but never take advantage of US gambling laws to bet on MotoGP penalizing a rider like Marquez properly.

Bet On MotoGP Online This Weekend In The USA

Fame might have saved him from harsher punishment but it didn’t get him any points, he finished a cold 18th and in the end it was Cal Crutchlow who saw off Johan Zarco, Alex Rins and Jack Miller to take the win in Argentina which explains why the bookies are giving him a neat 12/1 to repeat the feat in the Grand Prix of the Americas. Of course they’re giving Marquez 2/5 and Andrea Dovizioso 6/1 with Rossi a neat bet on MotoGP at 8/1 to take victory but with those two fighting again who knows.

Rossi and Marquez hate each other and it shows, now Marquez has kicked off the feud again (first seen back in 2015 really) with his ridiculously shitty race behaviour in Argentina you can just bet on MotoGP 2018 being wall-to-wall rivalry between these two. Obviously this leaves the rest of the field to try and slip by the pair of them whilst they’re busy with each other, and that could mean on Monday there are some interesting US gambling news headlines to be read, as Dovi takes full advantage.