Is Marquez The Best Bet On The MotoGp World Championship? 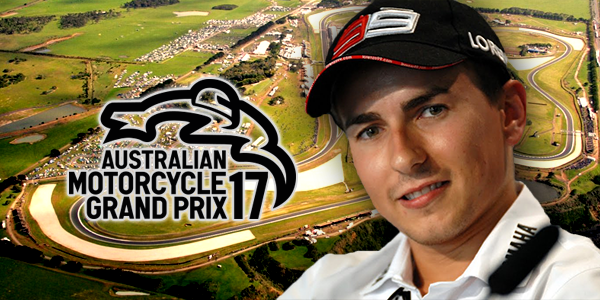 It looked like it was all over bar the last few checkered flags but in Japan the weather changed everything and the result even more so, but does that mean that Marc Marquez isn’t the best bet on the MotoGp World Championship or will the experienced Spanish rider hang on till the end and deny Andrea Dovizioso any chances of winning? We take a closer look.

No one could remember wet weather this bad. It tipped down across the Twin Ring Motegi circuit drenching the track, the audience and the riders in perhaps the first ever MotoGP to experience rain during all its sessions. The conditions were appalling with a side order of atrocious and the already tricky Japanese Moto GP was set to be anything but straightforward. Qualifying proved that much with big names scattered across the grid any bet on the MotoGp World Championship was in the balance.

Going in Marquez was looking strong with lots of momentum having seen chief rival Andrea Dovizioso reduced to just 7th place in Aragon and Maverick Vinales failing to hit the podium in the last two races. He could rightfully have expected to be the surefire bet on the MotoGp World Championship, and as the hugely wet race got underway there seemed little to challenge that assumption. Any Japanese gambling laws of averages were about to see the race and championship done and dusted, however, were wrong.

Andrea Dovizioso left it late but burst from behind Marquez, slipping under him just a couple of turns from home, however Marc wasn’t to be outdone and quickly drifted back into the lead only for the Honda to be overtaken again and see the Ducati take the win at what is, after all, Honda’s home Grand Prix. The Ducati team went crazy, but in the horrific conditions and still 11 points ahead perhaps Honda won’t feel too disappointed and know they’re still the best bet on the MotoGp World Championship.

The tight dramatic finish and the small margin between these top two riders means that as the two wheeled circus moves onto Australia there will be at least one team of Japanese gambling news out of Phillip Island will be a lot better than came from their own GP. Honda will not like to see the dominant lead that has seen their top man, still the best bet on the MotoGp World Championship at sites like Unibet, throw it all away in the last few rounds of the 2017 season. Three races left. The first Australia.

Bet On The MotoGp World Championship At Unibet

Now sites like Unibet are still giving Marc Marquez the shortest odds possible really at 1/6 but Dovi is still an attractive 7/2 bet on the MotoGP World Championship, with no one else really in the running, despite there being some insanely small mathematical possibilities of Maverick Vinales grabbing the title for Yamaha at the last possible moment. He won’t, of course, and his 100/1 odds reflect that as perhaps does his 9th place finish in Japan. Australia might be a new race, but the same issues remain.

The Yamaha simply hasn’t performed as well as their rivals at Honda and Ducati despite the early victories that Vinales squirreled away in the first two rounds. If their optimism was dashed by the retirement in America they will at least take some comfort for coming third in one of the most competitive seasons on record, one where even the Doctor himself, Valentino Rossi, couldn’t keep up, and if you like to bet on sports in Japan or Australia or the rest of the Pacific region the the next MotoGP race is the one to hit on at Unibet.