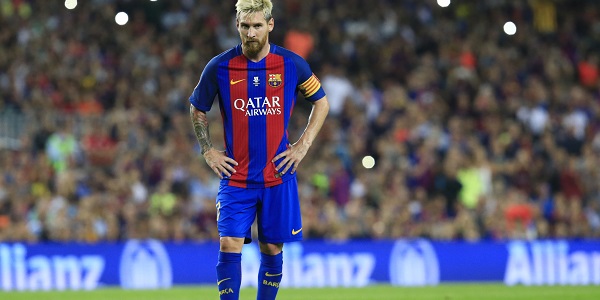 14th of February. Valentine’s Day for the ‘weak’, the beginning of the Champions League knockout stage this season for the ‘strong.’ Check out what GamingZion expects of the two derbies on Tuesday evening!

The Champions League knockout stage is finally about to begin, making all football fans and online sportsbooks excited. The first two games to open the new round of Champions League will be played between Benfica v Dortmund and PSG v Barca. The online sports betting sites expect the visitors to be favourites on both matches, however, there are always surprises in football and especially in Champions League…

You can find the best odds for Barcelona to win at 32Red Sportsbook, where you can gain 2.15 (23/20) times your stake, should Barca win. PSG are much less likely to be able to defeat the Catalan side even though they are the host team. The best odds for PSG to win can be found at Marathonbet: 3.65 (53/20).

If you want to take a risk at betting on PSG v Barca, you might want to see what Coral Sportsbook is offering you! If you believe Lionel Messi will be able to score a hat-trick in France, you should place your bets for 19.00 (18/1) odds. You can bet on any other player as well, but let’s face it: if anyone is capable of acing 3 goals in the Champions League knockout stage, it’s Leo Messi.

Bet on Aubameyang to be the hero of the day!

The Benfica v Dortmund derby is not even close to be as expected as the other match on Tuesday. However, there still might be some interesting events on the game. Online sportsbooks in Germany expect BVB to secure the qualification already on the first leg. Aubameyang can be crucial in that. If you think he’s going to score the first goal of the game, bet on Aubameyang for 4.33 (10/3) odds at Betfair!