Bet on Russian Movies to Appear on Netflix

News >Bet on Russian Movies to Appear on Netflix 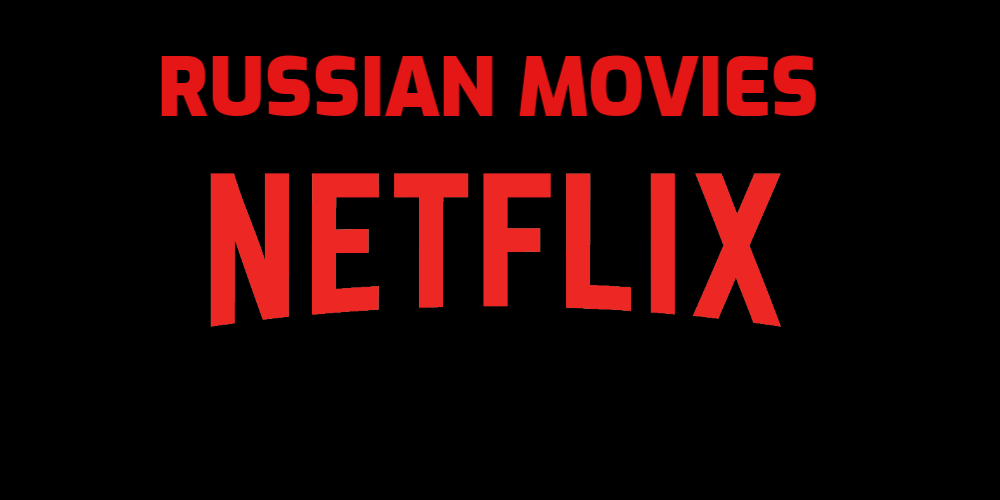 On September 2, 2020, it became known that Netflix had finally found a partner in Russia. Thanks to an agreement with the National Media Group, the online cinema can now fully officially operate in the country. On October 15, the service finally translated the interface of its applications into Russian and started accepting payments in rubles. Now let’s bet on Russian movies to appear on Netflix next.

Russian Netflix: What Has Changed?

At the same time, from a technical point of view, not much will change for the current subscribers of an online cinema in Russia. The Russian-language Netflix will work on the same technical base, and TV shows and films like “Stranger Things” have long been accompanied by the service with Russian dubbing. Perhaps there may be more such localizations. However, the changes will affect not only the interface and payment. Indeed, Netflix will now purchase domestic films for its library, which it has practically not done so far. In other countries, this allows the service to gain great popularity. In many regions of the world, viewers are actively consuming content of their production.

A week before the start of the Russian version of Netflix, films and TV series have already begun to appear on the service. And we decided to bet on Russian movies to appear on Netflix next. It is worth noting that shows like “Method” and “Trotsky” have been available on the streaming service for a long time. For two weeks now, Netflix has been fully operational in Russia. However, its launch was rather curious.

The Internet was slightly alarmed by the appearance in the list of future releases of the series “Legends of the Circle” (which, however, has long been on YouTube for free). Then it turned out that the titles of some of the series had unexpected translations into Russian, continuing the work of the local film distribution school – for example, “How to sell drugs online” for obvious reasons became “Don’t try to repeat it.” Then it turned out that the films without translation were simply decided not to be shown to those who would switch the language of their interface to Russian. Fortunately, this was quickly fixed.

Bet on Russian Movies to Appear on Netflix Next

Two weeks later, there was even more Russian content on streaming. Indeed, it seems that we can already talk about some tendencies according to which films and TV series are being added. If foreigners decide to evaluate Russian cinema only with the help of an account on Netflix, they would be waiting for amazing discoveries. There are many production dramas: “Legend # 17”, “Trainer”, “Crew”. Amazing stories – for example, “The Legend of Kolovrat” and “Viking”. Romcoms in the range from “Loves does not love” with Maxim Matveyev to “2 days” Avdotya Smirnova. Horrors are also there: “Mermaid. Lake of the Dead “,” Envelope”, and “Bride “. Steampunk fiction “Abigail” and the nostalgic trilogy “Private Pioneer” were designed for children and adolescents. Finally, more or less pleasant surprises like the movie “Chagall – Malevich”.

And that’s not to mention Method, which Netflix bought long ago, and Epidemic, which Stephen King liked. But does all this mean anything? The most interesting thing to watch is not at all how win-win hits like “Moving Up”, “Mermaids” or “I’m losing weight” get into the library. On the contrary, it is much more entertaining to talk about why major streaming captivated projects like the failed Abigail or Once in Trubchevsk in Cannes. At first, it seems like some kind of glitch in the system as the users thought of the appearance of the aforementioned “Legends of the Circle”.

Indeed, it is a rather curious series in which the word “legends” appears for a reason, because the famous singer in it does not appear to be a person, but a myth. However, this is not a glitch at all. However, rather revealing moments that help us to understand much better not at all the American view of Russian cinema, but simply how Netflix itself works.

“The Method” – the Standard of the Russian Detective Story

One of the best Russian TV series of the 2010s has long settled on Netflix. In 2017, the Sreda production company sold several of its series abroad at once. However, the audience did not appreciate everything that was offered to them. Unfortunately, a couple of shows from the service have already disappeared. And “The Method” did not just stay: it unexpectedly fired this year. Of course, “Epidemic” (in the English version – To The Lake), a topical series about zombies in the heart of Russia, piqued interest. The approaching season 2 of “Method” also hinted that it would be time to see the first part.

Alas, with the departure of director Yuri Bykov, the most important thing disappeared: a strong plot. Season 2 began unevenly, with a dubious idea, and there is no one else to drag the series on. The leading star Paulina Andreeva cannot cope with this. At least in the first episodes, there is no past drive and tension. However, the weak continuation does not in any way deny the success of The Method. This is still one of the strongest Russian shows. Moreover, its first season is worth every minute of the time spent. Therefore, the presence on Netflix is ​​very logical. The video platform is buying strong European detectives with great pleasure. Find out more about how to Bet on the Best Netflix Series before visiting online sportsbooks in Russia.

Bet on Russian Movies to Appear on Netflix next: Fartsa

If “Method” is the Russian “Dexter”, then “Fartsa” is the Soviet “Breaking Bad”. Instead of making amphetamine, there was illegal trade in foreign goods in the USSR in the early 60s. The main character of Alexander Petrov is the novice writer Andrei, who, together with his idiot friends, got on a crooked path under the pressure of extreme circumstances. There is even an almost-father-in-law, the father of Andrei’s girl, a police major, investigating just such crimes, performed by Alexei Serebryakov.

The series (season 1 of 8 episodes) starts just with a bang with a lot of interesting situations in which one could get stuck only on the shadow side of the Soviet Union’s economy. Knowledge of English there turns out to be a real superpower no worse than the chemical genius of Walt White, as well as the ability to brazenly behave “like a foreigner.” In addition, the pilot is passing the baton between Petrov and the leading actor in the truly great series about the Soviet 60s – Evgeny Tsyganov from The Thaw.

Unfortunately, like all Russian TV series except The Thaw, Fartsa does not maintain this level of quality throughout the season. We would recommend limiting your familiarity with the series to the first 4 episodes. It shows vividly and realistically the levels of mastering the heroes of underground speculation – from records to movie cameras. Then comes the time of a searing family melodrama that even the worst Breaking Bad series would be ashamed of. Hopefully, the 1XBet Sportsbook has plenty of series to bet on.

“Silver Spoon” About the Re-education of “Golden” Youth

Surprisingly, “Method” was not the first series that confidently went to the West. It was outstripped by “Silver Spoon” with Pavel Priluchny – at first glance, a banal action movie about police everyday life. This is a much higher quality product. Since the time of “Major”, Priluchny has retained the image of a bastard, who, of course, actually has a golden heart. Only it is hidden somewhere deep, where you need to get a whole season, or better – three. Here Pavel plays the spoiled Igor Sokolovsky, the son of an oligarch who got drunk and got into a fight with police officers.

In order not to go to jail, Igor starts working at the same police station. That slightly weird moment aside, Silver Spoon is a realistic reeducation story. “In the field” Igor is gradually knocked off his desire to show off, and all the illusions about the world around him. He does not immediately become a tough servant of the law. However, he gradually goes through all the stages of formation. The series did not do without unnecessary drama – it is still Russian. However, for the acting of Priluchnyy, they fell in love with him. The creators of “Major” sold the adaptation rights to an American company, and in addition to three seasons, a full-length sequel film was also released. Learn more about Five Best Gambling Movies on Netflix before visiting online sportsbooks in Russia.

Bet on Russian Movies to Appear on Netflix: Conclusion

A discerning foreign viewer may decide that the Russian industry simply cannot present its “Irishman” or “Stranger Things” to him. Maybe this remark is partly true. At the same time, perhaps, when viewing content, the original language can smooth out platitudes and cliches and endow even very ordinary, unremarkable things with a certain charm. Perhaps, with such a prism, many should approach The Legends of the Circle – they, after all, are not so bad, if you do not forget that most of the series is fiction.

Although there are also things on Netflix that such a dismissal is no longer will help. However, it must be admitted that it was not so interesting to watch the “Recent” section for a long time. Indeed, it is almost impossible to predict what form the Russian cinema will be there tomorrow. Let’s wait for it and see. Meanwhile, we can always check The Best Netflix Betting Options in 1XBet Sportsbook. Good luck!