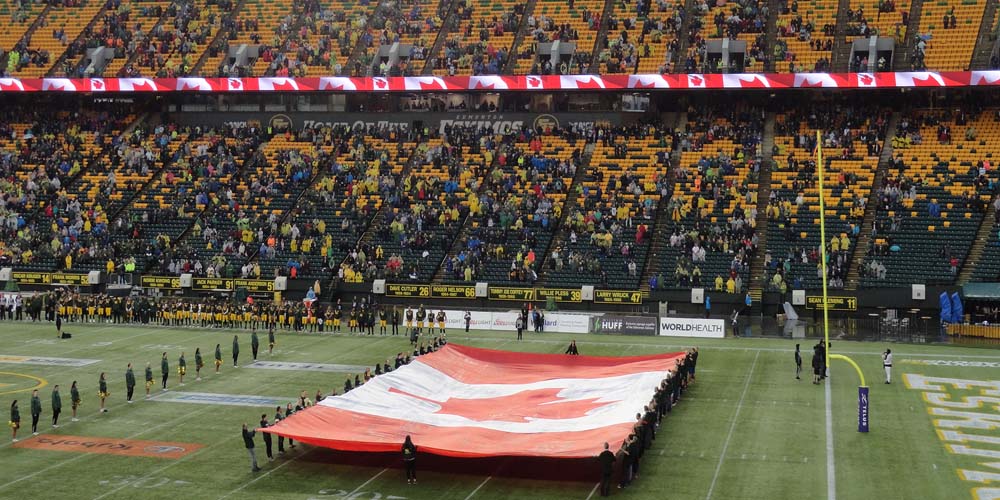 Another thrilling CFL season will soon start and already one club stand out as the favored 2019 Grey Cup champions. You can bet on the Grey Cup front runners Calgary Stampeders to claim a second consecutive championship win. However, the British Columbia Lions and Ottawa RedBlacks could also rain of the Stampeders parade.

The Grey Cup is the championship game that determines the winner of the Canadian Football League. This years CFL season will run from June 13 to November 2. Afterwards on November 24, the CFL winner will be decided at the 107th Grey Cup.

You can bet on the Grey Cup title hopefuls on 888sport. Here’s some of the Canadian football teams’ chances of claiming the 2019 Grey Cup stand:

Additionally, since 2012, the Calgary Stampeders have appeared in 5 Grey Cups winning two of the championship games. They’ll start the new CFL season on a quest to retain their 2018 title. You can bet on the Grey Cup strong hopefuls to extend their title as CFL champions for another year.

According to the online sportsbook news in Canada, their leading quarterback Bo Levi Mitchel has extended his contract. Last year, the quarterback was one of the league’s top quarterbacks with the following passing statistics:

The BC Lions also stand a reasonable chance to be this year’s CFL champions. They have good odds at +500 on 888sport meaning they could claim their first championship title since 2011. Additionally, the club have also undergone some major changes during the postseason. These include replacing the now retired Wally Brooks with DeVone Claybrooks as their new head coach.

Claybrooks was the Calgary Stampeders defensive coordinator for seven years playing a crucial role in their Grey Cup wins. Although Claybrooks will make his head coach debut this year, his defensive expertise will be beneficial for the Lions. The club has also signed star quarterback Mike Reilly for 4 years.

Last season, the former Edmonton Eskimos player had the best passing rate in the CFL rate. He completed 418 of 621 passes for 5,562 yards and 30 touchdowns. This is a huge plus if you want to bet on the Grey Cup hopefuls on 888sport.

After losing the 2018 CFL championship game to the Calgary Stampeders, fans were hit with more bad news. The RedBlacks have lost their quarterback Trevor Harris to Edmonton Eskimos who had the league’s 4th best passing rate in 2018. Additionally, the club will also be without leading 2018 rusher William Powell who will now play for Saskatchewan.

Despite these departures, you can still bet on the Grey Cup title contenders with odds at +550 on 888sport. The 2018 Grey Cup finalists can also use their championship game loss as motivation to clinch the 2019 title. If they can learn from their mistakes they might just compete for and win this year’s Grey Cup.

Will the new Edmonton Eskimos additions be enough to bet on the Grey Cup hopefuls?

Edmonton Eskimos have one of the best Grey Cup records with 14 wins and 9 losses from 23 appearances. The Canadian football club were last victorious in 2015 after beating the Hamilton Tiger-Cats in Grey Cup. However the clubs odds of winning are +900, one of the worst on 888sport. As a result, it might be a bit risky to bet on the Grey Cup hopefuls to lift this year’s trophy.

However, the Edmonton Eskimos hope that their new additions will rescue their Grey Cup title aspirations. Fortunately, the club have signed quarterback Trevor Harris who’s made it clear that he wants to win with the club. Other new Eskimos signings to keep an eye on will be wide receiver Greg Ellingson and offensive lineman SirVincent Rogers.

The new signings are promising additions to the club. However, the wont be able to replace former Eskimo greats Mike Reilly, Derel Walker, Brandon Zylstra and Duke Williams.

Montreal Alouettes to miss out on this year’s Grey Cup

Unfortunately, the Alouettes have the least favorable odds of winning the 2019 Grey Cup on the online sportsbook sites in Canada. Although the Montreal Alouettes (+1400) have made 18 Grey Cup appearances, they last one the championship game in 2010. Additionally, if you wish to bet on the Grey Cup hopefuls, you might want to look at their poor 2018 CFL performance.

Last year, the Montreal club failed to advance to the playoffs after failing to earn enough points in the East Division. It’s unlikely that the 2010 Grey Cup winners will be able to bounce back from their 2018 season.

However, hope might be restored with new signings such as the Calgary Stampeders defensive back Ciante Evans. To bet on the Alouettes to defy their odds of winning, be sure to read our review about 888sport.