A Brief History of Dice: From The Cave To The English Inn

News >A Brief History of Dice: From The Cave To The English Inn 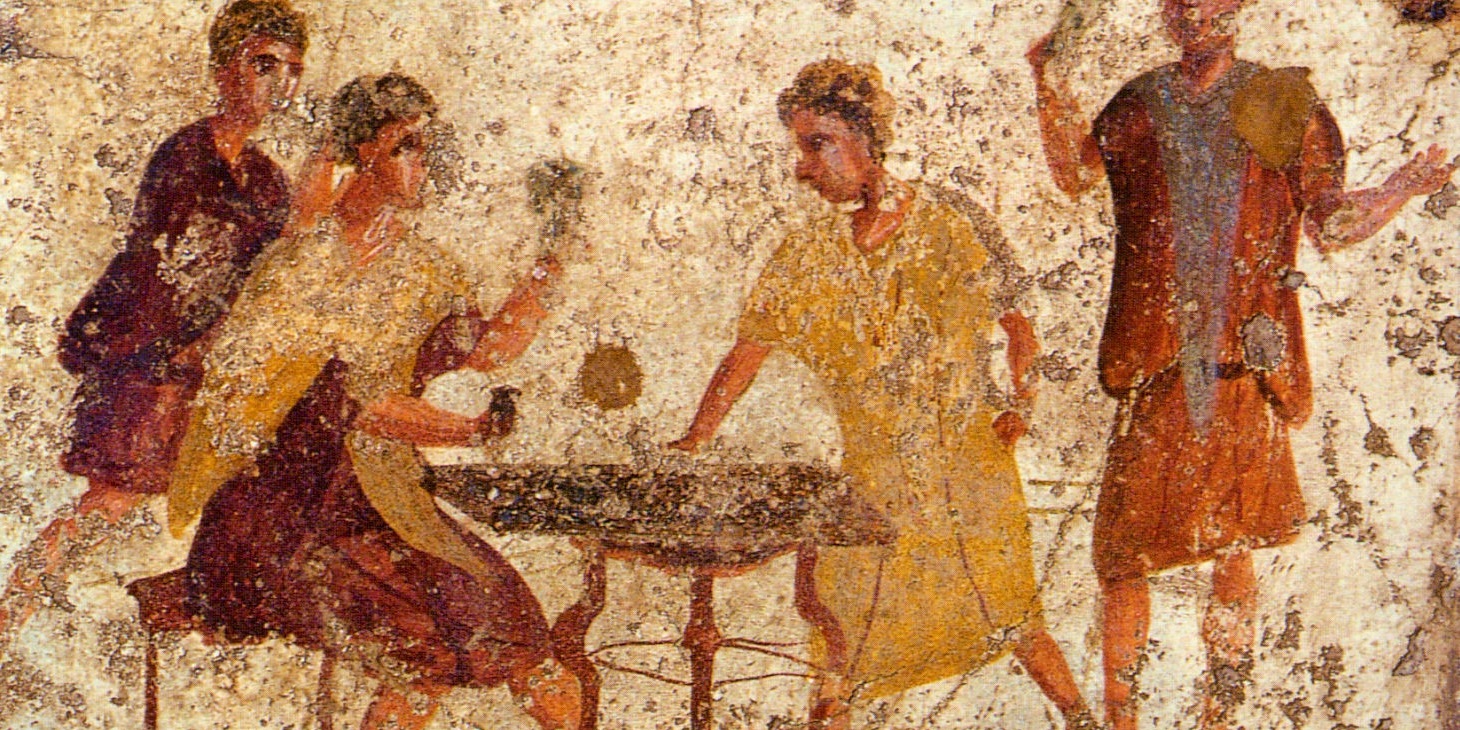 The brief history of dice goes back a long, long way. Gambling in one form or another has been with us since the beginning of human existence. Recently various scholars have looked into the history of dice, as both a bringer of luck and from an anthropological perceptive.

Introduction: A Brief History Of Dice

The brief history of dice is long and interesting. The Greek poet Sophocles claimed, in 400 BC, that dice were an invention of the Greeks. Probably the earliest dice are from Iran and Iraq and date from around 3000 BC. They were eseentially squared off  knuckle bones. We can see evidence of dice depicted in Egyptian tombs dating back as far as 2,000 BC. Dice were in use by many ancient cultures, though not always as a gaming device. Many times the throwing of dice was not to see an outcome due to chance but could involve skill to bring forth a certain prediction. In other words, fortune-telling. The Romans believed that high rolls had associations of felicity and benevolence. You’d get the same warm and fuzzy feeling with Cherry Casino.

Honey I Shrunk The Dice

Ancient dice, as well as many modern ones, have spots to represent numbers. This is because people were playing dice long before numbers were invented. After around 1100 AD, the arrangement of numbers around the dice changed. Before this, the arrangement was called “sevens”, where one and six are on opposite sides, as are three and four, and five and two, meaning each set of sides adds up to seven. After this date, the dice now uses an arrangement called “primes”. One and two are opposite, as are three and four, and five and six: The sets each add up to a different prime number. Also around this same time, dice got smaller, probably to make them easier to hide from the powerful religious authorities. The Chinese played dice by throwing them into pottery bowls. In India, cubed dice appeared during the Harappan era of around 2000 BC.

Both the Romans and the Greeks were prolific and skillful players of dice. Just like today’s players who enjoy one of these online casinos in the UK. Romans took great lengths to ensure that dice was solely a game of chance. To that end, they constructed dice towers. These were bone structures, with various ramps and falls standing at about 7″ tall. By tossing the dice into the open top and allowing it to roll down the ramps, the Gods would ensure fairness. Having said that, dice have been found in Pompeii which had been weighted on one side with lead. Cheaters are gonna cheat! Several centuries later we now know that Richard the Lion Heart and King John enjoyed a game of dice, more so with the involvement of gambling and betting. Yet later, Henry VIII was a notorious dice player, losing a betting game of dice that would cost him the bells of St. Paul’s Church. Soldiers would flatten lead musket balls into cubes to make dice. In 1982 a pair of such dice were salvaged from the Mary Rose, which sank in 1545.

Throw Down Your Teeth

In the Pre-colonial Americas, dice were two-sided affairs, with one side being smoother than the other. The construction materials made use of fruit pips, (or cherry stones at Cherry Casino), shells, or teeth. Many scholars believe that many American dice games saw their originates from ancient Aztec ceremonies. The fact that many dice were of uneven shape leads us to the idea that perhaps these were not only for games of chance. Instead there needed to be a level of skill in their throwing.  Test your skills with this list of online casinos in the UK. Today all casino offer the game of craps, which functions according to the throw of two dice.

One reason we know so much about the history of dice is that we can see them being played as depicted in the painting and drawings from any given period. Caravaggio painted “The Cardsharps,” in 1594. Early Dutch genre painters depicted the playing of both dice and card in the 17th century. Hendrick Ter Brugghen painted “The Gamblers” in 1623. It shows a typical genre painting of a group of men enjoying a game of dice. There are many such bawdy tavern scenes showing gambling with dice, accompanied by drinking and whoring. Interestingly enough, because the games were always raucous and loud, the Algonquin, an indigenous tribe in North America used a word for this. It later entered the English language as “hubbub”