Bulgarians will no longer be able to access illegal internet gambling sites, as the country seeks to regulate online gambling 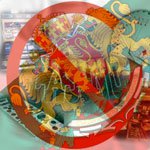 Bulgaria is the latest European country to enforce a new ban on illegal unlicensed internet gambling sites, according to the latest Bulgaria gambling news. MP’s in the Bulgarian parliament made the final decision last week.

The change to Bulgarian gambling laws comes as the country aims to regulate the online gambling market, and the move will attempt to force internet providers to ban all unlicensed one gambling sites from the reach of the country’s gaming population.

It is seen as a highly controversial move in a period when protests about freedom to access the internet are taking place across the globe, and follows steps taken by Serbia and other Eastern European and Balkan countries to block access to individual sites.

The State Gambling Commission, Bulgarian Parliament and the Sofia Regional Court approved the new measures to curb illegal internet gambling in Bulgaria very recently; on only the second hearing of the bill, without much discussion or divided opinion.

It is widely reported that only one single MP stood against the vote, a Mr. Rumen Ovcharov, member of the left-wing Bulgarian Socialist Party. It is claimed that Mr. Ovcharov rejected the idea of blacklisting the sites, and preferred the the gambling authorities punish individual violators playing on illegal internet casino sites instead.

Mr. Deyan Chervenkondev, an MP for the Citizens for European Development of Bulgaria party, a centre-right party denounced Mr. Ovcharov by insisting that new EU directives offer Bulgaria the right to create such a blacklist, and the power to enforce it.

Following Ovcharov’s failure to get his voice heard loud enough, MP’s in Bulgaria are now planning to drafting new legislation that will effectively legalize not just online gambling, but all forms of gambling across a broad scope.

It is widely rumored that the legislation which Bulgaria now attempts to agree and pass will address changes to the distance between casinos and public buildings, an overhaul of the gambling advertisement laws, and a charge concerning the interior space of land-based casinos.

It has been postulated that the changes to online gambling will come in the form of licenses, which must be acquired before any gambling sites in Bulgaria are accessible to the gaming population.