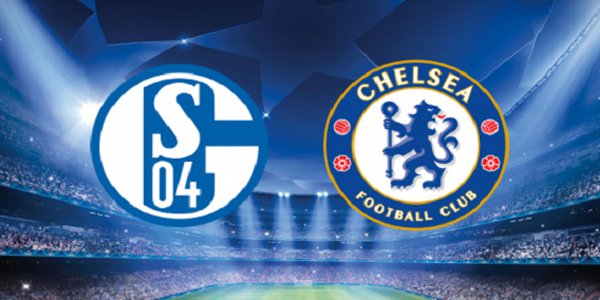 Chelsea are hosting Schalke in their Champions League group opener, after being drawn together in the same group for the second straight year.

Following great football action yesterday, Champions League continues with the second day of the group competition openers. Once again punters under German gambling laws have a widespread selection of matches to wager on and some of the most exciting rivalries in European football history to repeat themselves.

One of such matches will see Chelsea take on Schalke in what will be a repeat of last season’s group competition, where the Blues managed to overpower the Germans to take the first spot in their group. This time around Chelsea might be the favorites, but Schalke are eager for revenge and hungry for points making betting at online sportsbooks in Germany a very exciting pastime tonight.

Champions League Chelsea v Schalke match is a repeat of last season, and is poised to be a hot one

• Last season Chelsea beat Schalke 3-0 both home and away

• Schalke is having the worst start of the season

Both Schalke and Chelsea fans naturally remember that last season the Blues have beaten the Germans 3-0 both at home and away and the pain is still strong. The teams have also met back in 2007/2008 groups, with Chelsea winning 2-0 on home turf and tying Schalke 0-0 away.

History repeats itself and the teams are back in the same group for the second year in a row. Once again they are both the favorites to take the two top spots, allowing them to qualify for the knockout stages. The other two teams in the group are newcomers Maribor, and Sporting, who have been absent from the Champions League for a very long time.

Those who bet on sports in Germany will know that Schalke are having the worst start of the season ever. They were beaten 1-4 by Borussia Monchengladback last weekend, which was the worst opener in 46 years for them. The Royal Blues are yet to win in any competition this season with only 1 point out of 3 games in Bundesliga.

Adding to their problems are the injuries of several key players including Atsuto Uchida, Jefferson Farfan, Joel Matip, and Sead Kolasinac, while Max Meyer, Julian Draxler, and Klaas-Jan Huntelaar are not at the top of their form yet.

The situation at Stamford Bridge is quite the opposite. Jose Mourinho has built an extremely strong team thanks to some important summer transfers. The Blues have started the new Premier League with 4 wins out of 4, the only team to do so, and thus have cemented their claim for this season’s domestic title.

Their latest acquisition, Diego Costa, has already shown he’s worth every penny with whopping 7 goals in 4 matches, while even Cesc Fabregas is participating in goal creation in every single game. Another newcomer Nemanja Matic looks like an excellent midfielder from one game to another.

It is only natural to see that Chelsea are the hot favorites against Schalke with every self-respecting bookie, but looking back exactly one year from today, we can remember a shocking loss to Basel at home, when the Blues were poised for easy three points. Chelsea have a pretty impressive record over Bundesliga teams with W9 D4 L4. And adding to that is the fact that the Blues have only lost a single league match out of last 30 held at home.

No surprise that Chelsea are extremely favored to win tonight with 1.33 odds from Bet365, but the line of 10.00 for Schalke to produce an upset can also be considered by punters looking to make a lot of money quickly. After all the Germans are thirsty for revenge, and just might find the strength to overpower the Blues. The draw is valued at 5.75 meaning it’s highly unlikely to happen.

It would be hard to believe is Diego Costa wasn’t favored to score first after his wonderful performance in the Premier League. Costa gets a line of 4.50 from Bet365 to find the back of the net first, and it would be a smart bet from any punter. Didier Drogba has already scored against Schalke back in the day, and is now next in line with 4.50 odds. He’s followed by Loic Remy at 4.75, and Eden Hazard at 6.00 odds. Andre Schurrle and Oscar got the same 7.50 odds to put either of their names on the scoresheet first.

The first man from Schalke to be listed as the possible opening striker is Klaas-Jan Huntelaar with dismal 9.00 odds, however, if he does strike – punters are in for a big payday. Eric Maxim Choupo-Moting and Sidney Sam are next with 17.00 odds each. The rest of the field are too far away to even be mentioned here.