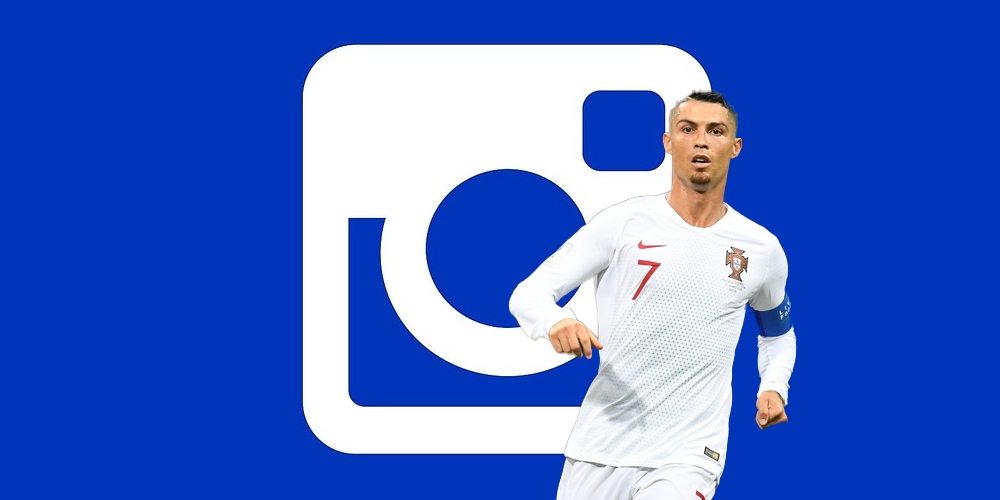 Being the most followed individual on social networks is not an easy thing. Cristiano Ronaldo Instagram odds prove it as his fans try to predict everything related to the Juventus player, including his next steps on the most popular app.

35-years old Cristiano Ronaldo has broken many records, including non-related to football. The Juventus star also tops the list of the most popular celebrities on Instagram with 209 million followers. His closest Instagram rival from the sports field is – predictably – Leo Messi with 143 million followers. However, Ronaldo seems to be unbeatable on social networks. He gets a long start over such music & film stars as Ariana Grande (178 million), Dwayne ‘The Rock’ Johnson (176 million), and Selena Gomez (171 million). Therefore, it is no wonder that the army of his followers, which is equal to the whole Brazil population, wants to know everything about its idol. This is why Cristiano Ronaldo Instagram odds appeared at 1xBet Sportsbook.

If you want to join the party or are just interested in getting profit from one of the most-paid players in the world, read this article. We will help you to predict the next Ronaldo’s steps on Instagram. Meanwhile, you can bet on the other popular stars after reading our guide on how to make money from celebrities’ odds.

One of the best online sportsbooks in Portugal, 1xBet, offers various betting options on Ronaldo’s further steps on the app. To be more specific, you can try to predict what picture Cristiano will post after the next one. Currently, his profile counts 2779 photos and videos, while you are offered to bet on his 2781st post. Will it be a picture, a video, or a GIF? Will he be alone or with Georgina Rodriguez? Let’s see the most popular winning options!

According to the best odds of 1.28, Cristiano will make a photograph for his 2781st post. This scenario is really the most possible as the player’s most recent updates on Instagram include mostly pictures (images). We counted only one video after examining 15 latest posts on the footballers’ profile. So, if you want to make easy money, this is your safest bet.

Will he be alone on the next but one Instagram picture?

Aren’t you looking for easy ways? This section awaits you. If you want to make even more money using Cristiano Ronaldo Instagram odds, try to guess what will be present in his next photo. Will he be alone or with Georgina Rodriguez? Probably, he will post another memorable shot from a football match or make a picture of his kids? Let’s look at 1xBet Sportsbook predictions.

The most popular variant (1.84) shows that Ronaldo will be alone on his 2781st post regardless of its format. This is possible as Cristiano posts pictures of himself quite often. However, chances to see members of his big family are also high. You can see a lot of CR7 pictures with his girlfriend, Georgina Rodriguez, his four children, and parents too. In terms of the world pandemic, Ronaldo can post something related to family to support his fans in this dark hour. So, choosing 2.15 odds with this variant also makes sense.

Finally, we would really like to see a picture of Ronaldo hugging Leo Messi on his Instagram page at least once. This scenario is not included in the predictions list, however, it would be a fine gesture to show that coronavirus makes eternal rivals support each other.