Don’t Bet On the Azerbaijan Grand Prix Being Trouble Free 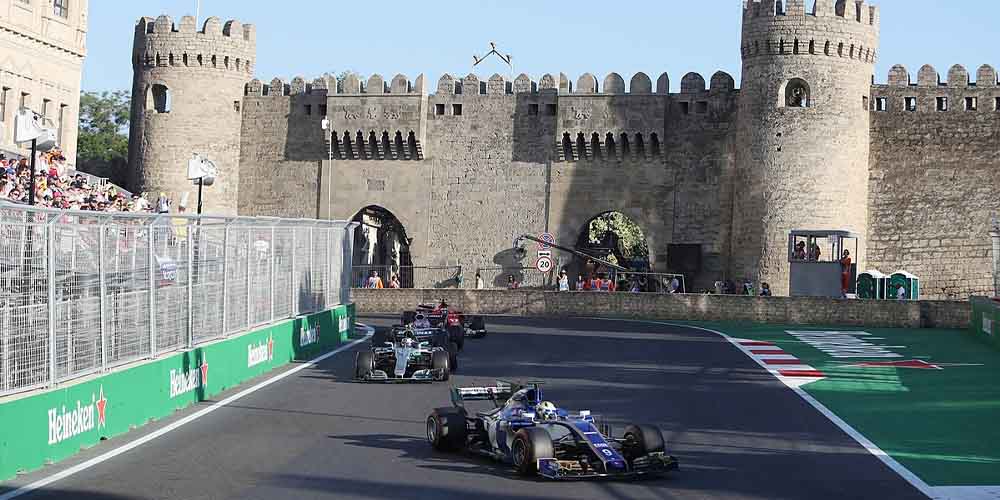 You can always bet on the Azerbaijan Grand Prix to provide some exciting moments. Having escaped the tight streets of Monaco, teams find themselves on the far faster streets of Baku instead. Instead of the margin of error opening up, it tightens. Which might explain why the odds on the Azerbaijan Grand Prix are so harsh. Online sportsbook sites in Azerbaijan like Bet365 really only give the top four drivers a chance. But this is Baku in 2021. Predictable? I think not.

So anyone thinking of putting a bet on the Azerbaijan Grand Prix can probably guess the situation. The bookies are very sure of themselves on this one. Thus, you can bet on Lewis Hamilton at 6/5 or bet on Max Verstappen at 5/4. Take your pick. Anything else is a rather risky proposition. Valtteri Bottas is their nearest competition, and he’s way out at 8/1 with Sergio Perez on his shoulder at 17/2. After that only the very brave will find the prices all that attractive.

However just because the bookies are playing the odds, doesn’t mean you have to. As the teams know, the reality is this is a nasty track which regularly scorns predictions. They will bet on the Azerbaijan Grand Prix to involve the usual mixture of race halting crashes, driver animosity, and weird stewarding decisions. Sure, those taking advantage of Azerbaijani gambling laws will mostly plump for one of the two big names. But the teams know those prices are misleading.

A red flag here, a stop and go penalty there, and it’s anyone’s victory. Lando Norris might have to keep that in mind as he battles to retain third place in the championship. Fortunately, his competition Valtteri Bottas seems out of sorts and off form. So he may find that easy enough if he can keep it on the track in Baku. He’ll obviously hope to replicate Lance Stroll’s podium, or perhaps even Daniel Ricciardo’s win. At 28/1 he’s a tempting bet on the Azerbaijan Grand Prix.

Bet On The Azerbaijan Grand Prix

Yes, yes, that price is nerve-shreddingly long, but quite honestly he’s worth a punt, especially each-way. He has shone this season, unlike Valtteri. Some even say he’s eclipsed Sergio Perez a little. Something he’ll want to try on track this Sunday. Likewise, a bet on Ferrari and Charles Leclerc may be no bad move. Online betting sites in Azerbaijan like Bet365 give him 50/1 and that’s not a bad bet on the Azerbaijan Grand Prix. He could so easily snatch a podium here.

Bet365 Has Your Bet On The Azerbaijan Grand Prix

Of course, just because the track will make things unpredictable doesn’t mean the teams will be. Don’t bet on Mercedes to stop muttering about the flexi-wings used by some rivals. They won’t. So a bet on Red Bull might not work out too well if the crazy stewards start penalizing people for parts of their cars bending at speed. The odds on Mercedes ceasing to pretend they’re pure as the driven snow are massive. You might as well take odds on Lewis Hamilton ceasing to be passive aggressive.

“We’ll see what we see, and figure what to do when we see it.”

So then your odds on Max Verstappen seems might run into trouble with the stewards. Hmm. And Mercedes think their car doesn’t have the speed against its flexi-winged foes. So where does this leave those of us who want to bet on sports in Azerbaijan this weekend? Well, it leaves us with an exciting edge-of-the-seat bet on the Azerbaijan Grand Prix. But, if you go into this one thinking it’s just another race, go back and look at the previous years. Baku is anything but typical for F1.

We take a look at why a bet on the Azerbaijan Grand Prix probably shouldn’t be limited to just the favorites as this race is never that predictable.