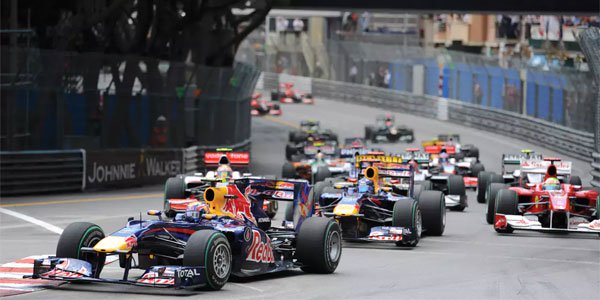 The F1 circus rather reluctantly returns to it’s spiritual home once again for the Monaco Grand Prix and if you’re inclined to bet on sports in Europe, and in particular do some Formula One betting this weekend, just which of the romper-suited posh boys should you back at Bet365 to win this, the most iconic motor race in the world?

The images of machines at the pinnacle of engineering sweeping through Casino Square, blasting through Tunnel and bursting out alongside the marina into Tabac are some of the most easily imprinted in the long term memory. Hugely powerful cars pent up and growling around streets too small for them, like angry tigers chasing their tails in a rabbit hutch, make for a a spectacle like no other, however don’t watch the Formula One betting the Monaco Grand Prix is as beloved by those taking part. It really isn’t.

The teams hate the cramped facilities, a modern F1 team as at home in the dated Monaco pit lane as the 2012 US Olympic team would be if their accommodation in London had been a WW II era prisoner of war camp. Likewise the drivers loathe it. More a parade than a race much of the time there’s little room to overtake, there’s no run off and once you’re into back markers it’s a nightmare, but there’s no one in Formula One betting it’ll ever be dropped from the calendar, because the sponsors absolutely love it.

Bet365 Have All The Formula One Betting Odds This Weekend

A tax haven playground for the well-heeled, Monaco draws a less than diverse crowd and as the wealthy schmooz each other aboard their yachts, and the images of their brands are flashed around the world associated with success and riches, the rest of us are treated to a mediocre race driven by the less than enthusiastic, run by teams more nervous than usual. A legend in its own lunchtime then, this race is perfect for Formula One betting as the result, especially if it rains, can be just a little random.

Sebastian Vettel currently holds the most points in the 2017 Formula One season (photo: skysports.com)

Going into the race World Championship leader, Sebastian Vettel at Ferrari is just six points ahead of Lewis Hamilton at Mercedes thirty points clear of everyone else, and so far these two have provided some decent Formula One betting opportunities, the bookies like Bet365 never entirely clear which they think might win come race day. Hamilton won here last year, but if you’re going to take advantage of European gambling laws to back a driver, don’t discount the German nor either one of the two Finns.

Hamilton And Vettel Square Off Again

Hit up Bet365 and right now, before even first practice, there’s a trio of drivers (Max Verstappen and Daniel Ricciardo of Red Bull, plus Kimi Raikkonen of Ferrari) all sat at 14/1 with the baby-faced Valtteri Bottas getting 8/1 in his Mercedes despite his moment of madness in the Spanish Grand Prix, which leaves the top tier of Formula One betting a clear choice this weekend between Vettel on 11/8 and Hamilton on 5/4, the question is, will the weather play ball or is this going to be a crap shoot?

Sadly the meteorological bods put the chance of rain at just 2% which means we’re unlikely to see the drama it so often brings, and instead we might just have to hope that a close championship race coupled with a tight, unforgiving track, might provoke some unforced errors anyway. There might not be the animosity of the Rosberg/Hamilton era, but no one in Formula One betting as the season goes on the Vettel/Hamilton situation won’t get more tense is paying attention, and I’m not the only European gambling news from Monaco will be of their ‘relationship’ starting to get serious.