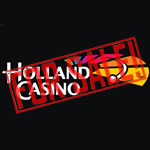 In a rather surprising Netherlands gambling news, the Dutch government is seeking to privatize the state gambling monopoly, Holland Casino.

This has interested many foreign-based casino operators, especially those coming from America. The unfortunate news, for the Dutch Ministry of Finance, is that none of these operators is willing to pay acceptable sums of money. Some may worry that once they set their feet on the Dutch soil, they may not be able to open online casinos in Holland to the players.

What confuses many is the crackdown on online gambling under Dutch gambling laws as recent actions of country’s justices show. In fact, a herd of 20th-century thinking judges at the supreme court, have insisted that any online casino operator, or a sportsbook, even if based in a sovereign state on the other side of the globe, must listen to the court’s ruling.

And the ruling demands that offshore online casinos install software to prevent Dutch players from accessing their sites. A the same time, the court ruled that Dutch Internet operators aren’t responsible for that.

How is the government seeking to monetize on the sale of Holland Casino when other gambling is prosecuted? This is quite not so clear and makes the casinos uneasy about investing in the country.

At the same time, nearby German state of Schleswig-Holstein is seeking further liberalization of gambling laws and may, indeed, create some very tough competition to Holland-based casinos by simply offering better gambling venues.

As in the United States, the European Union member countries are coming up with some conflicting rulings. Yet, both of these markets are so huge that ignoring them would be a mistake for serious betting businesses.

Perhaps, it’s a better bet to enter the EU before the US. The fact is the EU isn’t as maniacal about gambling as the American law enforcement officials who recently shot down Bodog, a well known betting outfit.