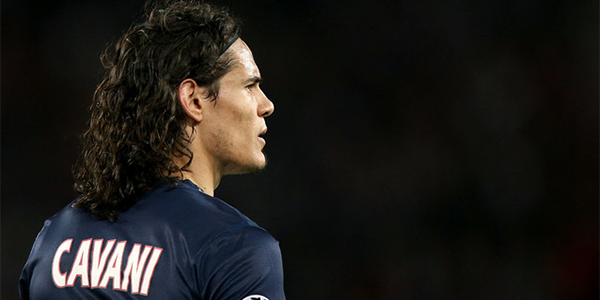 Since 2015 Edinson Cavani’s future at Paris Saint-Germain has been thrown into serious doubt whenever a new transfer window approached. Is it different this time, or it is just the everyday Edinson Cavani’s transfer rumours?

The Uruguayan striker was sending speculations over a transfer battle between the Premier League’s top clubs whenever a new transfer window was on its way to open, according to online sportsbook news in France. As 2017/18 season is on its way to end by next month, Serie A Juventus and La Liga Real Madrid are expected to make their moves at any time. It seems that after Cavani’s five-year tenure with PSG, Edinson Cavani’s transfer rumours are taking different direction. But would he agree to try a new competition?

Why would Cavani leave PSG?

Online sportsbook news in France have been reporting Cavani’s involvement in a tussle with Neymar this season. If such animosity still lingers it might be one of the reasons to push Cavani away from the PSG administration, especially that Neymar remains Al-Khelaifi’s spoiled kid regardless of Cavani’s substantial role in winning back Ligue 1 and retaining Coupe de la Ligue title.

Another factor in the potential sale of Cavani in the summer could be Financial Fair Play, with PSG required to sell players if they wish to continue bringing in young and expensive talents, as they did in a record break last summer. According to online sportsbook news in France, PSG did not yet lose appetite for spending in transfer market, therefore a bid for switching Cavani with unnamed young striker from Juventus or Real Madrid might happen.

The 31-year-old Uruguay international seems to be no longer admired at Parc des Princes as he was in past seasons. His disagreement with the Brazilian and the head coach was one of major factors behind UCL round 16 two legged defeat by Real Madrid. Paris Saint-Germain need better team spirit, which may require sacrificing Edinson Cavani. But who will take him in?

Real Madrid are well known to need a striker after this season’s disappointing performance of Zidan’s Benzema. Other team needing to inject new blood in the attack force are Juventus. They have shown great potential in defense but were very poor in attack, losing Champions League quarterfinal. At Unibet Sportsbook the odds are (1.03) for Cavani to stay in PSG, (7.00) to sign in Real Madrid, and (17.00) to leave for Juventus. So would you believe in this summer’s Edinson Cavani’s transfer rumours?