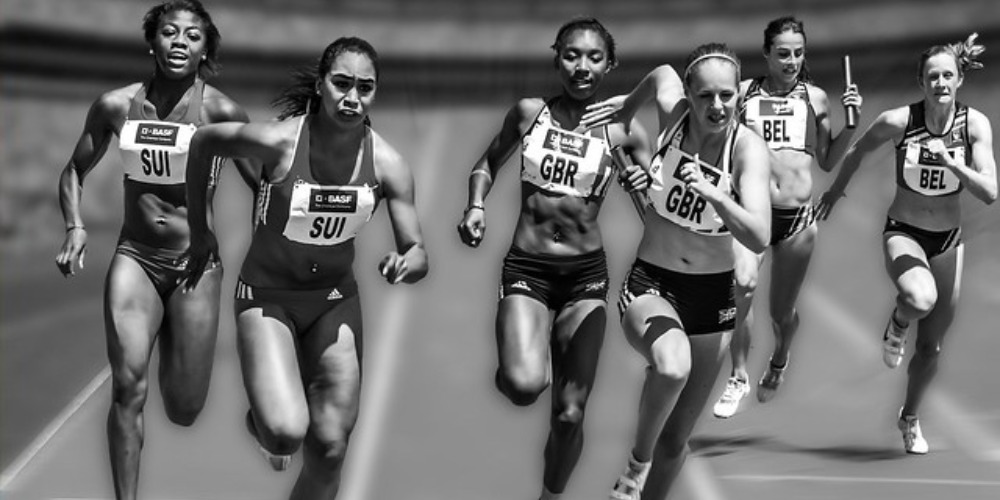 The purpose of running varies from being a hobby, a way of stress release to losing weight but for some, it’s much more than that. A passion and a lifestyle. Which is what a foot race requires. The distance of a marathon or a half-marathon takes gradual preparations, mental strength, and an unbelievable work ethic. Those who enter one or more of the most epic foot races in the world, listed below, are probably the most determined and persistent athletes. People say that everything comes down to the mind. If you have the will, motivation, and discipline, you can do anything! However, running is not for everybody. Though, if you want to be part of these foot races, you can. It is available to bet on the runners besides rooting for them!

Many consider this to be one of the most challenging 42K races. During The Great Wall Marathon, you can run not only on the monumental fortress but also in the surrounding villages. The runners have to overcome plenty of stairs and different levels, but the 2,500 participants per year prove that this race has a prominent place on any runner’s bucket list. It’s extraordinary competition for another reason too. The logistics and first aid service on the Great Wall Marathon are excellent. In addition to the marathon distance, a half marathon and an 8.5 K race also await the runners. This race is part of The Big 5 five Marathon series and one of the most epic foot races in the world.

The most beautiful and probably the most special marathon is in Australia. Runners take a route, far away from the big cities, on dirt roads through the beautiful Outback. The term refers to the barren landscapes of the continent. Check them out at online sportsbook sites in Australia, it’s stunning!

If you’re not ready to run a marathon in a terrain like this yet, sign up for a half marathon or an 11 or 6 km run. Much of the track consists of soft, sandy roads framed by bushes. Expect your shoes to discolor by the end of the race, thanks to the famous Australian red soil.

The organizers have designed a series of four running events that will take you through the deserts around the world. The Sahara Race is 250 kilometers long and lasts for seven days. The runners run through the dunes of Namibia with complete medical supervision and a team providing water and tents at night. The other countries the race goes through are Chile, Mongolia, and Antarctica. The next 4Desert race starts on May 1, 2022, so get ready and check out 22BET Sportsbook for the odds and special bets! Although the professional athletes excel at the event, tough amateur runners who train enough and prepare properly can also enter the 4Deserts series, one of the most epic foot races in the world!

Trailfest is a challenging three-day race. At the three different epic off-road run races, runners can enjoy the scenery of Bryce Canyon, Zion National Park, and the Grand Canyon.

Participants will receive an individual time result in each race, followed by a summary at the end. The Bryce Canyon Run is 20, and the Zion Trail is 19 miles long. On the third day, the participants run in the famous Grand Canyon National Park for 30.5 miles. Trailfest is a great way to experience the stunning beauty of the American Four Corners region.

Do you think you can run up 86 floors, around 1,570 stairs, in 10 minutes? If yes, then enter The Empire State Building Run-Up, one of the most challenging running races in the world. The Tower Run is a professional competition for the best runners in the world. The strain is so great that the organizers don’t let amateur athletes enter. However, many pro runners come to New York every year to test their skills and see who is better at this unique endurance competition. You can even follow the runners live at online sportsbook sites in the fall!

The Reunion Tower in Dallas hosts another famous tower run. The Reunion is 171 meters high, and 807 stairs lead up to the top. For those who are looking for an extreme challenge or are crazy enough, this race is perfect!

Epic foot races in the world – Run The Wall

Each year, only 100 runners can take part in the 2.5 kilometers epic running race through the city walls of Dubrovnik, Croatia. The 1940-meter-long wall served to protect the city in the Middle Ages. Fans of Games of Thrones will especially love this race as the Dubrovnik city wall appears in the popular series Kings Landing. This year’s Run the Wall will take place on May 1, so you still have time to either check out the odds at 22BET Sportsbook or apply for one of the most epic foot races in the world! Running is definitely among the sports that require the highest endurance!

Fly to Chiang Mai and head up the Ultra-Trail Panoramic race’s starting point to the mountains. Although the runners have to overcome significant level differences, it is well worth the effort due to the breathtaking panorama. The levels during the race change between 500 and 1750 meters.

The runners have to finish the 100-mile long race in 48-hours, so the epic foot race requires serious preparation. Here, too, are shorter distances, 20 and 50km, as well as two ultra distances of 100km and 100 miles. The level difference range from 870 meters to 8,800 meters.

The organizers of the race describe this race as a marathon in terms of distance, but an ultra, in terms of effort. Even if you walked the Inca Trail Marathon distance, it would be a big challenge. However, running 42 kilometers with the Machu Picchu as the finish line is certainly an experience that compensates you for everything. The organizers of the competition offer the full running experience. They support the runners during the whole race, as well as help them with the camping equipment and local transport. Check out online sportsbook news sites for the schedule!

Lake Tahoe is the largest alpine lake in North America. During the race, the runners will take a 321-kilometer lap around the lake. They have to complete the distance within 100 hours.

On the route, in addition to the stunning view of the water, the participants can also admire beautiful forests and rocky terrains. The organizers have 14 refreshment stations, five of which provide food and a sleeping area. If you like to run and spend a lot of time in nature, this is your kind of competition. Does the 200-mile-long distance too much? You can compete in the 100 or 25K races too.

Epic foot races in the world – The Two Oceans Marathon

The Two Oceans Marathon takes place in Cape Town, South Africa. Many refer to it as the most epic foot race in the world. They hold the race every year at Easter. There are 56-kilometer ultramarathons, marathons, half-marathons, cross-country runs, and several fun runs where you can run together with your whole family. The track includes the street called Paradise Road, where you have a view you will never forget. The name speaks for itself, but check out the competition at Easter and see for yourself!

The Spartathlon is a 246-kilometer ultramarathon running race between Athen and Sparta in Greece. The race, which has been held annually since 1983, starts on the last Friday in September, and the race starts from the Acropolis to the statue of King Leonidas in Sparta’s main square.

The Spartathlon recreates the run of the mythological figure, Pheidippides. His story is the foundation of modern marathons. The race is one of the toughest ultramarathon races in the world. During the race, runners must pass 75 checkpoints and arrive at them within a predetermined time.

The organizers can disqualify anyone who arrives after the time limit at any point. However, in the first half of the competition, the judges are flexible and accommodating. They will only start to take the delays more strictly after the sun sets in the evening. Most runners consider Mount Parthenia and the more than 10-kilometer slope that precedes it to be the most challenging part of the Spartathlon. Most runners start the ascent at night and arrive at the top after 20-22 hours of running. That is brutally long!

The runners take the last three kilometers before the mountain on an unlit mountain trail along the edge of an abyss. That must be so scary! Several participants mentioned hallucinatory experiences for 10-15 kilometers before and after the mountain. Most of those who give up the race do it before the Parthenia Mountain. Due to the tight time limits, steep climbs, and immensely warm weather conditions, the Spartathlon is considered one of the toughest, if not the toughest, but epic foot races in the world.