Everything About Ahmed Hafnaoui: Olympic Sensation 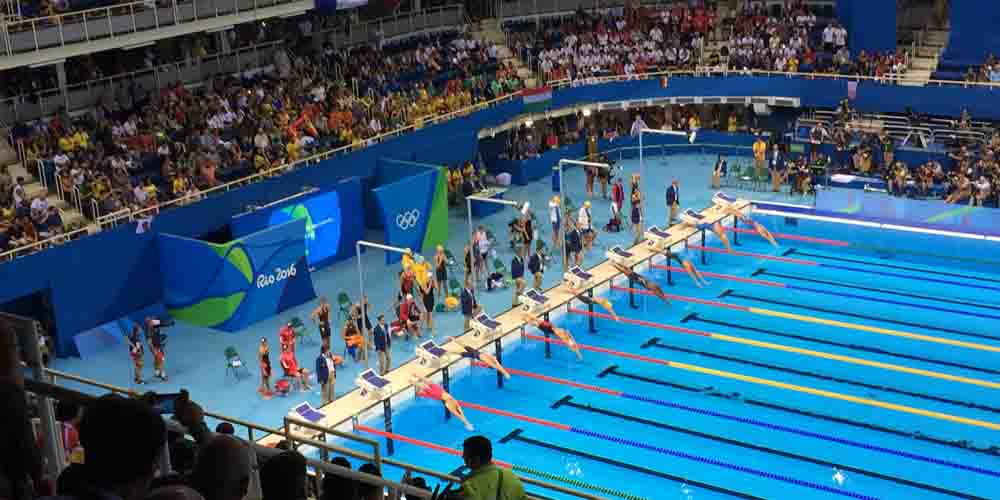 The 18-year-old representative of Tunisia shocked the whole world and himself. In the 400m freestyle, he surpassed his best time by 2.32 seconds. Olympics Introduces Tokyo 2020 Olympic Champion. Stay with us and find out everything about Ahmed Hafnaoui!

The Real Hero of the Olympics

Ahmed Hafnaoui took up swimming at the age of six – right after the 2008 Summer Olympics. At the Olympics in Beijing, Tunisia won the men’s 1500m swimming. The first gold medal for the country in 40 years was won by Osama Melluli. London 2012 was also triumphant for Melluli: bronze in the 1,500m swim and gold in the open water marathon. All these successes were closely watched by little Hafnaoui and dreamed that one day he would be able to approach the achievements of the idol.

Tokyo 2020 connected the paths of two athletes of different generations: 37-year-old Melluli came to the last Olympic Games, and 18-year-old Hafnaoui – to his debuts. “I have an excellent relationship with Melluli – before the swim he wished me luck. He is a legend – I want to be like him, ” admitted Ahmed.

Everything About Ahmed Hafnaoui – First From Africa to Take Gold

Hafnaoui with the worst time made it to the final 400m and was rightly considered an outsider. At the 2018 African Championships, young Ahmed took three bronze and silver medals, but did not show anything on the global arena. At the 2018 Youth Olympics, the Tunisian swam 400 meters last. The eighth track, on which, as a rule, outsiders swim, rarely attracts the attention of spectators, but Hafnawi distinguished himself and immediately broke into the leading position. “In the water, I thought only about the medal, not about the time,” the swimmer said later. Two-time Olympic champion Frenchman Alain Bernard shared his observations with Eurosport: “I think this is only the third time in history that an eighth lane swimmer has won a final.” 1xBET Sportsbook will be your safe place for betting.

The approach worked: Ahmed  Hafnaoui did not set new records, but he became an Olympic champion. To understand the scale of the sensation, just look at the track record of some of the competitors:

The second half of the race was led by Australian McLaughlin – the leader of the qualification. Until the final 50 m, Hafnawi kept second, but McLaughin, who was floating in the center of the pool, could not see him. Ahmed took the lead just before the finish and won 0.16 seconds. Make sure to read our article about the best swimmers of all time.

Ahmed Hafnaoui was Delighted with the Victory

“When I touched the side of the pool, I saw that I was the first to swim. There was no limit to my surprise, ”the champion shared his impressions. Ahmed Hafnaoui improved his qualifying time by 2.32 seconds, so his triumphant roar echoed throughout the 15,000 arena. Coach Jobran Tuili went crazy in the stands. Hafnaoui went to the medal ceremony in a T-shirt and shorts – before the swim, the Tunisian could not have imagined that he would need an Olympic suit for the awarding ceremony. I couldn’t hold back tears: “When I saw the flag of my country and heard the anthem, I felt incredible pride. I dedicate this victory to the people of Tunisia. ” 1xBET Sportsbook has the best betting odds for you. Don’t miss your last chance to bet on the Olympics by visiting the online gambling sites in Tunisia.

Ahmed Hafnaoui’s gold is a really important event for the country. Tunisia has been participating in the Olympic Games since 1960, during which time athletes have won 15 medals. Ahmed’s gold is the fifth in the collection. At the same time, Hafnaoui became the second youngest African Olympic champion in swimming – South African swimmer Joan Harrison won the 1952 Olympics at the age of 16. Choose your favorite swimmer from the online sportsbook sites in Tunisia and place your bet. After the awards ceremony, they asked bronze medalist Kieran Smith what he had heard about Ahmed Hafnaoui before the swim. The American honestly admitted: “Absolutely nothing.” McLaughlin, who came second, expressed his respect to the Tunisian: “The best are those who can get together and show the fastest time at the Olympic Games.”