Finn Kept Hungry For Better Betting Odds In Formula One 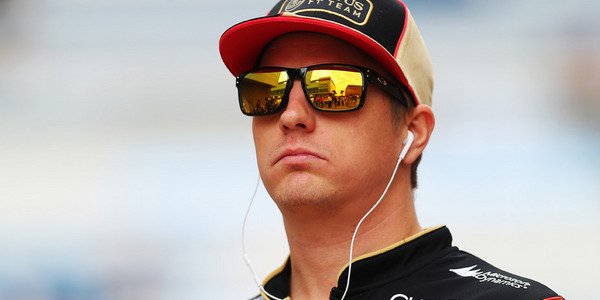 Kimi Raikkonen has had an unenviable start to the 2015 season by last sunday in Bahrain it all came right and showed why Ferrari haven’t signed him up for next year yet.

Under the floodlights of Bahrain, where racing at night is necessary because of the extreme desert temperatures, there’s something almost supernatural about the appearance of the Formula One cars, the reflections from the massive array of lights making the hyper expensive vehicles even more shiny than in the bright daylight of say the Australian Grand Prix. Watching at home you could almost feel the heat radiating off the sands that surround it.

You could also feel the heat radiating of Nico Rosberg, but this was less to do with the climate than the

fact the young German is becoming increasingly frustrated with his lack of victories at Mercedes. His admitting that he wears a sanitary towel on his forehead probably hasn’t helped (one can just imagine the jokes swirling around the paddock about that one) but the major cause of his annoyance is his team mate Lewis Hamilton who has ran away with the season thus far.

Everyone else has the excuse that Lewis’ car is so much better than theirs, Nico doesn’t, and the evident
poor relationship between the two team mates has produced some very snide press conference appearances of late, with Nico beginning to look a petulant failure without the maturity to lose gracefully. Perhaps this then is why ComeOn! Sportsbook has shifted their odds on the next F1 world champion for those that like to bet on sports in Finland and indeed everywhere else.

Right now Hamilton is still clear favorite, his three victories in four races rightfully placing him at 1.16 to take a third title, but it’s Sebastian Vettel moving to 9.25 ahead of Nico’s own 10.00 that will be adding pressure on the young man who perpetually looks ready to throw a moody wobbler and lose what little cool he has left. This stands in contrast to Finn Kimi Raikkonen whose odds have improved from nowhere to 26.50 after his ice cool performance in Bahrain.

Best Result In Years For Raikkonen

Raikkonen’s season had not, till the drive in the desert, gone particularly well, with misfortune and the mistakes of others costing him when it counted. He retired from Australia and despite the Ferrari’s speed only managed fourth in the next two races. This would have been far more creditable, given the Mercedes dominance, if his team mate, Sebastian Vettel, hadn’t won in Malaysia. That victory meant that the silver streaks could be beaten.

It’s one thing to know you can only come third, but when that resignation has been swept away it is up to the individual drivers and their teams to readjust their thinking, get hungry for the win and do all that
can be done to get results even in face of overwhelming opposition performances. Kimi keeping his cool despite the set backs of the season meant that when the time came in Bahrain he saw and took the opportunity to grab his first podium since Korea in 2013.

“You are never happy when you finish second,” said Kimi after the race, “but after a difficult start to the year I am pleased to get some result……but we are looking for better results.” Going on his performance and strategy, the chances are we’ll get to see those better results in the making, as the F1 circus moves on, and it might well be worth his fellow countrymen taking advantage of gambling news laws to back the driver whose team are keeping purposely uncertain.

With all the other issues in Formula 1 at the moment, especially the ridiculous supply costs that
spiraling out of control faster than a unicyclist on acid and making it very tough for teams not as well off as Ferrari and Mercedes, it might surprise you to note that Ferrari have chosen to place more pressure on Kimi rather than less, adding to his woes rather than mitigating them, but team boss Maurizio Arrivabene believes this is for the best.

“Kimi is giving the best when he’s a bit in trouble,” Arrivabene admits cheerfully, “This is the psychological approach. The paper at the moment is white, OK? Sometimes I have to take the pen, and then take it back, and Kimi is going to the podium.” Which suggests that the reason they’ve not
extended Kimi’s contract into next season just yet is because they feel he might rest too much on those laurels, and so keep dangling it in front of him based on his performance.

With Mercedes yet to nail down Hamilton rumors swirled of a move to Ferrari which made the Ferrari threat to Kimi just a little more real, as Arrivabene himself said; “Every driver here in the paddock, they want to drive for Ferrari, this is normal, even guys that were quite a lot of times world champion.”

Which might explain why at the post-race interviews on the podium Hamilton beamed looking relaxed,
Nico Rosberg looked ready to stab someone and Kimi Raikkonen said all the right things in the manner

of one screaming “I TOLD YOU SO!” into the camera.

Obviously his second place was helped by Nico going wide with a “brakes failure” (although it looked
like a driver error to many of us watching) but the superior strategy had seen him hunt down Merc at a
second a lap towards the end anyway. It perhaps also helped that Kimi’s teammate, Vettel, was over
encumbered with unforced errors that saw him finish 5th behind the Williams of that other Finnish F1
driver Valtteri Bottas. Does this mean you should back Kimi to do even better on the Bet365 mobile casino and sports betting apps? Possibly.

Kimi really does seem to react well to pressure, unlike Rosberg, and whilst we can’t expect him to win the championship, there’s definitely an opportunity for both him, and indeed his teammate, to spoil the
Mercedes party and keep pushing a wedge between the two silver car drivers, perhaps gambling news
coverage will eventually lead to Nico Rosberg and Lewis Hamilton coming to blows and getting themselves arrested, but whatever happens to them, if Kimi keeps up his desire and races as he did in the desert, you might not want to write him off just yet.