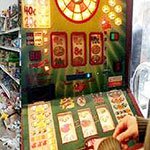 Within the last few years, Paraguay, along with the rest of Latin America has been flooded by dubious inferior slot machines of questionable origin. It has been impossible to determine where these inferior slots in Paraguay have been manufactured, whether the devices have been rigged or tampered with or even if they work as promised by awarding the advertised jackpots.

Due to a complete lack of a legal framework to license and regulate slot gambling in Paraguay, the slots are often played by pre-teens and are even installed next to school entrances, on the sidewalk or in playgrounds. Few if any regulations govern traditional and online casinos in Paraguay. Only the outcry over the rigged inferior slots has finally made Paraguayan politicians realize the need for a regulated slot industry.

Under heavy pressure from religious and family groups, the National Commission on Gambling in Paraguay (Conajzar) has finally decided to enact the first Paraguayan gambling laws to license and regulate electronic slot machines in Paraguay. The proposed Paraguayan gambling laws will standardize basic slot requirements to separate fraudulent slot machines from acceptable devices.

Mr. Gerardo Gomez, a member of the Paraguayan Commission on Gambling, stated that the gaming machines are installed without any prior inspection by gaming officials. He further stated that both the criminal element and unscrupulous businesses operate the rigged slot machines in Paraguay knowing full well that the inferior slot devices are programmed to never allow the player to win.

According to online gambling news in Paraguay, the rigged slot machines are made of inferior material and could not even be compared to traditional Class B Spanish Bar slots which are a step below the Las Vegas style slot machine. The new Paraguayan gambling laws will specifically target these inferior devices which do little but drain money out of the pockets of gullible farmers and young children.

The slot operators do not plan to easily surrender their cash generating slot machines and go down without a fight. A number of Slot Operators Associations sprung up in towns throughout Paraguay which falsely claim that the new inferior slots are beatable by those with enough skill, speed and reflexes.

The slot operators in Paraguay in essence have been falsely comparing their inferior rigged slots to a game of skill such as shooting pool or playing football.

The biggest problem is the absolute lack of transparency in the Paraguayan slot industry. Since the inferior slots are rigged, their payouts do not follow any laws of probability.

The entire purpose of these devices is to fool the poor and the illiterate into spending their last coins in the hopes of becoming instant-rich which is not possible when playing on rigged unregulated slot machines in Paraguay.