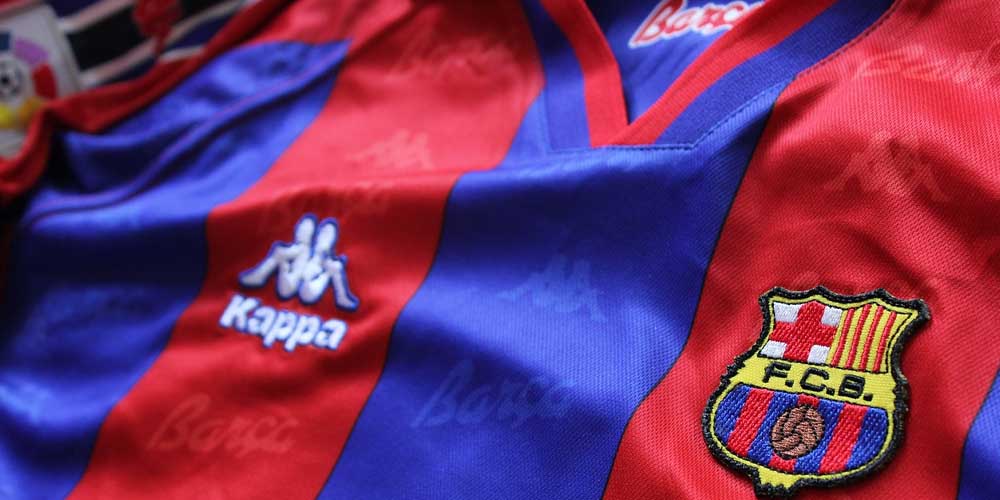 Do you remember those good old times, when you could see spots advertising cigarettes? Since the UK Government went for the blanket ban in connection with them years ago, it is hard to recall them. Now it seems like the same thing is about to happen to another type of ad: gambling logo ban on football shirt is a possibility now.

We do not even recognize it anymore, but gambling ads are everywhere. They are all around football fields, if you watch TV, they are in the spots between two half-times, they are behind the snooker player and of course, they appear on their sports gear, where you can see them very well. It has never been a problem though, since both the gambling companies, the clubs, and this way the sports stars benefited from them. But now it is about to change since the UK government considers gambling logo ban on football shirts. It is just a matter of time before online gambling sites in the UK have their say about the modifications.

Massive shake-up in sports advertising on its way

According to the Times, there is a big change louring England’s sports clubs. The Government is officially deliberate the blanket ban on betting firm kit sponsorships. The affected sports officials have already been warned by civil servants, that they might be facing a major change. The huge shake-up may be coming up because ministers are highly concerned about gambling addiction in the country. There are also campaigners, who are endorsing the ban since they see sportsmen as “walking billboards”. If the gambling logo ban on football shirts proceed, it is going to be the biggest change in sports advertising since the banning of tobacco ads. However, the betting on online gambling sites in the UK, like Bwin Sportsbook will not change – for now.

Who loses from gambling logo ban on football shirts?

This possible changeover will hit the Premier League and Championship clubs the hardest. They make about 110 million fonts a year merely from shirt sponsorships. Now eight out of twenty notch teams have betting firm-sponsored shirts. They are West Ham, Southampton, Newcastle, Leeds, Fulham, Burnley, Crystal Palace, and Wolverhampton Wanderers. But the move is also said to affect other sports like snooker, dart, boxing, and rugby. You may have not noticed, but the Professional Darts Corporation’s top 10 players all have betting logos on their shirts. This might be changed along with the gambling logo ban on football shirts. A Premier League source already spoke on the matter with the Times. They claimed that this is the worst possible time to make these changes. The clubs are already struggling without their matchday revenues, since lockdown. They also stated that they agree with the “general principle”, but the timing is just off.

Is the gambling logo ban on football shirts really on its way?

The Department for Digital, Culture, Media, and Sport claimed that have not made a decision so far. But since the issue is already on the table, it can be just a matter of time before a huge shake-up comes along. In the consciousness of this, both the clubs and the gambling sites have to start thinking about alternative ways. Clubs could look for new ways to get some extra jacks to keep the players motivated and the system running. At the same time, online sportsbook sites in the UK, like Bwin Sportsbook, should start thinking about new ways to stay in sight. All in all, the gambling logo ban on football shirts might make gambling less tempting for those watching the matches.