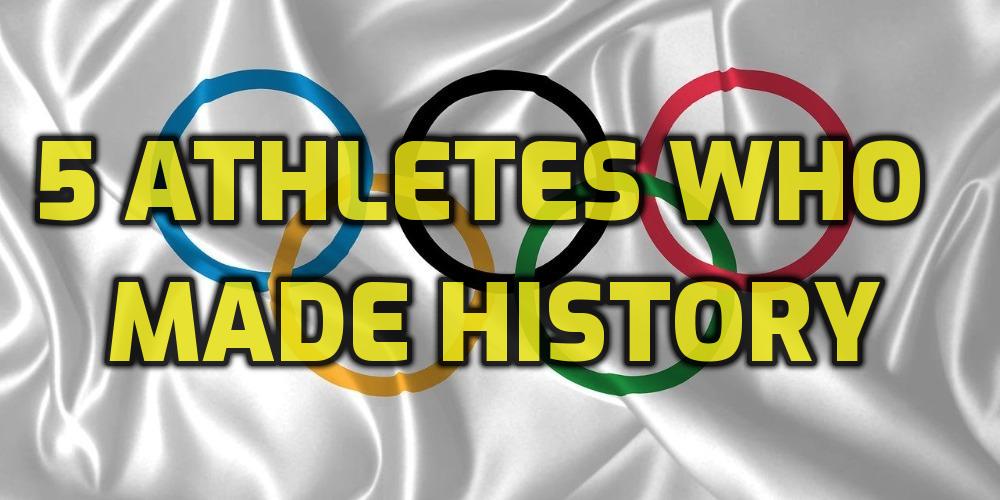 From the perfect ski jump to the first medals for black athletes. The history of the Winter Olympics remembers many great Olympic records. Of course, each Olympics has its moments that will go down in history. While Olympic fans around the world are wondering who will make history at the next 2022 Beijing Olympics, here’s a list of athletes who pioneered their discipline and broke down barriers at the Winter Olympics.

The first athlete to win five individual gold medals in one Olympics. ​​It’s incredibly difficult to qualify for the Olympics. Winning an Olympic medal is even more difficult. However, Eric Heiden won five medals (and all five of them are gold!) At one Olympics? Such an achievement forever brings the name of the athlete into Olympic history. Eric Heiden conquered this height. The Americans managed to achieve such a result at the 1980 Olympics, which took place in Lake Placid. He won gold in all speed skating disciplines: 500 m, 1000 m, 10 000 m.

Thanks to this, Heiden set two additional records that remain to this day:

It would seem that the records will end there. But in addition to all the above achievements, Hayden set four Olympic records and one world record in Lake Placid. And he also won more gold medals than most countries (except for the USSR with 10 medals and East Germany with 9 medals ).

Axel, named after its creator Axel Paulsen, is the most traditional and at the same time the most difficult jump. An interesting fact that shows how difficult this jump is. Paulsen first performed the axel in 1992. But it was only at the 1948 Olympics that the American Dick Button managed to execute a double axel in the competition. 36 years after the successful double axel in St. Moritz, Canadian Brian Orser managed to execute the triple axel in the Olympic tournament. This allowed him to win silver at the 1984 Olympics in Sarajevo. Since then, the triple axel has become a fairly frequent element in the performance of men. But only three women performed this difficult jump at the Olympics.

Japanese figure skater Midori Ito became the first woman to perform a triple axel. She managed to perform an element in the women’s singles skating at the 1992 Olympics in Albertville, where she won silver. It also holds the record for the first triple axel in an international competition. She performed the jump at the 1989 World Championships.

At the 1998 Olympics in Nagano, Kazuyoshi Funaki managed to break an incredible record. He scored the maximum points in the individual championship on the big springboard.

In a masterpiece performance at the 1976 Olympics in Montreal, which can only be compared with Nadia Comaneci’s top ten in gymnastics, the Japanese athlete scored 20 points from all five judges after the second jump of the final of the big springboard. Funaki became the first Olympic athlete to achieve the ideal jump score and the second athlete to achieve such a result in an international competition (the first was Austrian Tony Innauer in 1976). Bet on the upcoming Winter Olympic Games on the safest 1xBET Sportsbook.

At the 2018 Olympics in Pyeongchang, Czech athlete Ester Ledekze managed to incredible – to win gold in two different Olympic disciplines. Ledecka, who made her alpine skiing debut at the Olympics, surprised the sports world with a 0.01-second win in the super-giant. Before the Olympics, the athlete held 68th place in the World Cup ranking and never climbed the podium at the World Cups. A week later, Ledecka continued to compete in the Olympics and won gold in the parallel snowboard slalom at the same Olympics.

Before Ledecki’s double gold in Pyeongchang, not a single athlete managed to take part in both alpine skiing and snowboarding, let alone a medal in both disciplines. This achievement of the Czech athlete can be safely called historic. Ledecka will also compete in both sports at the 2022 Beijing Olympics. 1xBET Sportsbook will be your best choice to bet on the Winter Olympics.

Debra Thomas was only five years old when she started figure skating. Already at the age of nine, the athlete won her first victory in the competition. The American woman’s career developed successfully. In 1986 and 1987, she won gold and silver medals at the world championships. Thomas then won a bronze medal at the 1988 Olympics in Calgary, Canada. After the Olympics, Thomas also took bronze in the USA from the 1988 World Championships. Fun fact: Thomas trained, competed, and won Olympic medals while a student at Stanford University!

Third place Thomas in Calgary will go down in history as the first black athlete medal in the Olympics. 14 years later, at the 2002 Salt Lake City Olympics, Vonetta Flowers (the USA, bobsleigh) and Zharom Iginla (Canada, ice hockey) became the first and second black athletes to win gold in the Winter Olympics. At the 2006 Olympics in Turin, skater Shani Davis will be the first black athlete to win an individual gold medal in the Winter Olympics. In case you missed it, check out the list of online sportsbook news in China.

So these were 5  Olympic records with the greatest athletes who made history in Olympics. You can also check out our article about the athletes with the most Olympic appearances. If you feel like betting on the upcoming Winter Olympic Games, check out the online sportsbook sites in China.