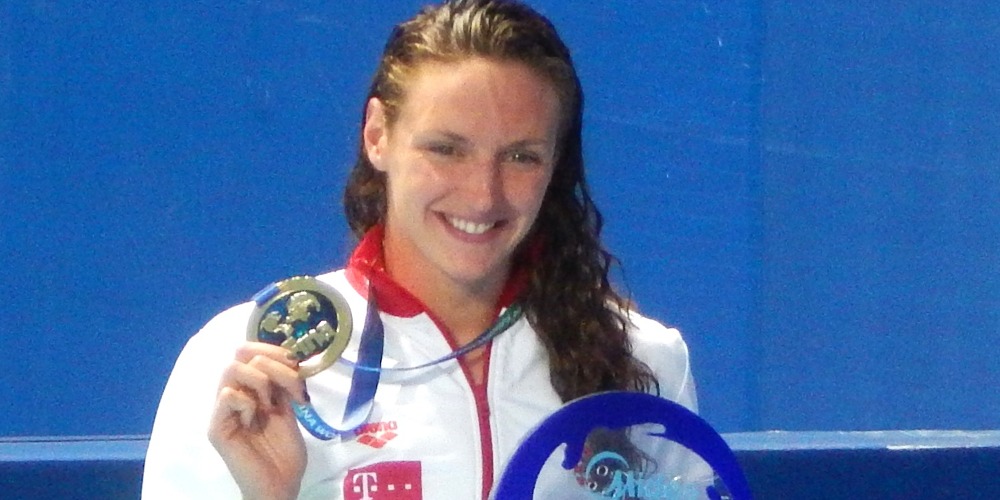 Hungary has many legendary names in the book of sports. No wonder why online sportsbook sites in Hungary are eager to follow the upcoming sports events. Because we have a shining star appearing almost every year. We collected the greatest Hungarian sportsmen for you. They might motivate you to place bets on the greatest Hungarian sportsmen of our time.

Katinka Hosszú is the Greatest of the Hungarian Sportsmen

According to the report of Eurosport. hu, she has already lost the title of the most successful swimmer. But this is not going to make her achievements anything less. Because she is a three-time Olympic champion. With a nine-time world champion title achieved in long-course swimming. Nicknamed the Iron Lady, due to her stamina and versatility. She is swimming for her team, called Team Iron. Forbes ranked her as one of the most valuable athletes in Hungary. She is usually speaking proudly of her achievements, because she should. In other media, you might have seen the news about her divorce from her former coach. And you might have heard the oddly viral Hungarian song written about her.

Another swimming legend on the account of Hungary. The winner of the Best Female Athlete of Europe in 1992. Taking a glance at her Wikipedia page, we can quickly see how her results are full of gold, literally. Hungarians are having a thing for winning three consecutive Olympics events. Because just like László Papp, she was the only consecutive champion of her sports category. She was even awarded the Order of Saint Stephen of Hungary.

It was the highest form of honor back then. Her nickname was “Egérke” which means “Mousy”, because of her short size and versatility. According to the article of Femina, she felt complete when she became a mother.

We already covered the Hungarian boxing legend in our article about Papp László. He is a consecutive Olympic champion in boxing. He has a whole sports club and sports arena named after him. His achievements brought fame to Hungary. Oddly enough, he stopped his professional career because the country was not legalizing being a sportsman at the time. Yet when sports gambling was legalized, the country was receiving a lot of national money on the bettings made on him. He also made attempts to improve the country’s sports education, but due to the lack of monetary support, he had to close his school. Despite the many unfortunate factors in his career, he was and still is shining bright among Hungarian sportsmen.

Often mistaken with the Hungarian media personality due to him having the same name. This Krisztián is running a more honest and hardworking career. The famous Hungarian athlete is a legend of gymnastics. He is specialized in the pommel horse.

The difficulty level of “E” was named after him. He has one Olympic Champion title. Three world championships. And he is also having two silver medals while possessing seven champion titles. According to the report of M4 Sport. hu, he announced his retirement in 2021.

Csík Ferenc is one of the oldest and most honored Hungarian Olympic champions. He won his gold medal in 1936 freestyle swimming at the Olympics. He died as a hero in World War II during an air-raid while assisting a wounded man. There are several schools and institutes named after him in his honor. According to the Nemzetisport. hu, he was living a rather disciplined lifestyle because, he was preparing for the Olympics. He was almost resembling a Buddhist Monk in his lifestyle.

Another swimmer on the list is Hajós Alfréd. He had a rough life filled with success. He was an architect who was not having an easy time with his university life. As the Dean of the university did not support his Olympics games, but neither he was trying to undermine him.

He was called the Hungarian Dolphin by Constantine I, King of Greece. Because when the King asked him about where he’d learn to swim so perfectly, Alfréd bluntly answered: “In the water”. He was also outstanding in the 100-meter sprint. One of our greatest swimming stadiums standing on the Margit Sziget was designed and named after him.

Finally, at the end of the list, we should mention the man, who is most heard after the metro line 2 station. Puskás Ference, the man who is held by the highest regard among Hungarian sports fans. Our most popular sport is soccer. And he was a Hungarian football player. He was playing for the Kispest Honvéd Team. After the Hungarian Revolution, he emigrated to Spain, where he was playing under his nickname Pancho.

He was a member of the still famous team, Real Madrid. He received a ban from the league. Because refused to return to Hungary. And that was illegal. As the League did not wish to support political ordeals. He returned to Hungary in his retirement. There is a FIFA Puskás Award, which is awarded for the most beautiful goals, according to his Wikipedia page.

Where to Bet On Hungarian Sportsmen

If you wish to place bets on Hungarian sportsmen. You don’t have to walk into retail sportsbooks. Today you can do these online. You can place bets at Bet365 Sportsbook. We have several guides on how to place bets on different sports of your liking. You can even use your phone to bet on these events and sportsmen.