How I Met Your Father Predictions

News >How I Met Your Father Predictions 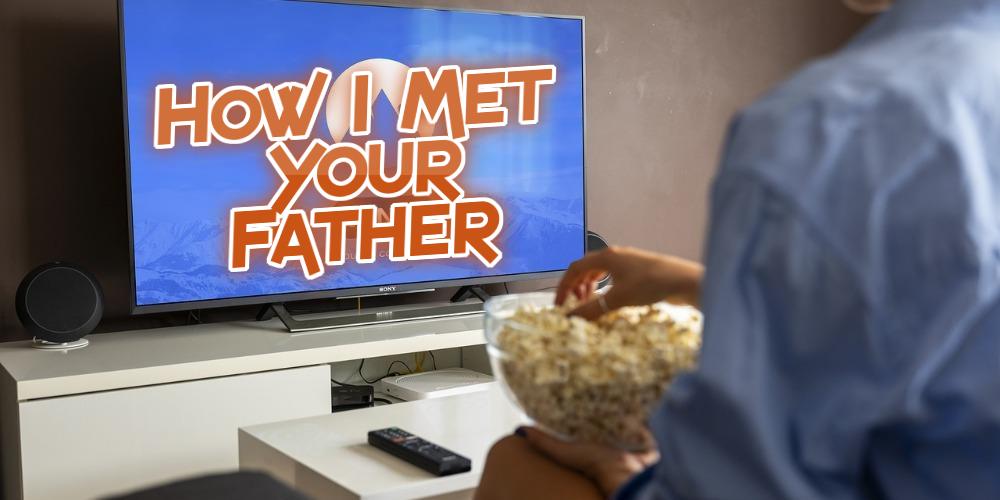 On October 30, CBS announced plans to create a spin-off of How I Met Your Mother. The new comedy show, tentatively titled How I Met Your Father, will follow the same pattern as the original series. Thus, it is narrated from the future. The plot unfolds primarily in the past of the protagonist, in this case, the heroine. A key character in the new series will be a woman who has never appeared in How I Met Your Mother. Meanwhile, she and her friends will visit Ted Mosby’s favorite MacLaren’s bar for the first time in the latest episode. The desire of the creators of the series to continue working on a successful project is understandable. In this article, we will discuss all the How I Met Your Father predictions.

The sitcom How I Met Your Mother was launched in September 2005 on CBS. It almost immediately became the highest-rated show in its prime time. It didn’t even hurt that the series came out (and continues to come out) on Mondays. Since 2005, the creators of the sitcom have amassed a decent collection of awards: six Emmy Awards, five of which are for directorial work, three People’s Choice Awards statuettes, a Telecritics Association Award, and almost annual nominations for the Teen Choice Awards and Golden Globe. Perhaps this show lacks only a medal “for endurance”. For the ninth season in a row, the structure remained unchanged. Indeed, the main theme and the key question of the series – who is the mother of Ted Mosby’s children?

The ability of the writers of How I Met Your Mother to withstand the intrigue for so long and never show the notorious mother is impressive. However, the main (and extremely simple) theme of the series was set in its very first minutes. The protagonist Ted Mosby decided to tell his teenage children in 2030 how he met his wife and their mother. For the other nine seasons, Ted will detail his life in New York in the early 2000s. The starting point of the story is the protagonist’s sudden desire to marry. In 2005, he learns that his best friend Marshall is going to propose to his girlfriend Lily, and decides that he, too, urgently needs to find the love of his life. His second best friend, Barney, an inveterate bachelor, and womanizer will actively interfere with this activity.

The Charm of Ted Mosby vs. How I Met Your Father Predictions

What makes viewers wonder for eight seasons in a row who the protagonist will eventually marry, other than pity for his children, chained to the sofa for all these years? Family Guy, for example, has long suggested an alternative and simple solution.

Moreover, the series deprives viewers of such pleasure as the hope of a happy ending in the form of a wedding and children. We know right away that there will be a wedding, and we even know what children look like. Perhaps the main thing that still keeps several million viewers at the screens is an incessant surprise.

Ted Mosby in the first episode is declared as a character in some way fantastic. The 27-year-old New York-based architect, obsessed with the dream of finding true love and marrying her right there, is not the most common type in 2005. Perhaps, it is on this “dislocated” plot model that the audience’s interest is kept. After the feminist Sex and the City and Desperate Housewives, mocking the ideals of family happiness, a series suddenly appears about a completely normal, healthy, intelligent, and handsome young man who is seriously concerned about finding his soul mate. The audience of both sexes froze in amazement for eight years. Meanwhile, online gambling sites in the USA have proposed How I Met Your Father predictions. But before making your mind check our article Bets on Series And Movies Explained.

First How I Met Your Father Predictions

It is also important that the heroine of “How I Met Your Father” will exist in the universe of the original series, walk to the same bar, and, probably, intersect with the same minor characters. Thus, the creators of the series find themselves dangerously close to a loophole that allows you to smuggle Ted, Barney, Robin, Marshall, and others into the new series. Unfortunately, such experiments often end up sadly. The heroes who have matured and aged over nine years, again portraying themselves at 27, are gloomy.

Another danger in creating a series according to the existing, even successful scheme, is that the tracing paper never reaches the level of the original. Among the TV shows made in an attempt to film the new Friends, there are several successful examples. However, the ten-season triumph of the legendary sitcom remains beyond the reach of even the most interesting “new Friends” like “New Girl” or “City of Predators” (the latter, by the way, even the almost identical cast did not help).

Despite the excellent ratings, the audience’s love, and the good acting, it is, unfortunately, impossible to continue How I Met Your Mother traditionally. In 2015, as it became known in the seventh season, Ted’s daughter will be born. It means that the hero does not have much time to meet with her mother. The creators of the sitcom set a framework for themselves, declaring that the story begins in 2005. Meanwhile, now desperately searching for any way to stop time. The stranger, who in the future will become someone’s mother, really seems to be the most convenient move not to say goodbye to Ted Mosby. However, this poor fellow has been looking for happiness for so long that it is worth giving him rest until 2030?

The new series, “How I Met Your Father,” is coming to streaming site Hulu with a 10-episode first season. They haven’t confirmed the release date yet. However, since the series is set in 2021, we can assume they’ll be filming everything this year. With only 10 episodes, the series may air by the beginning of the year. Nevertheless, fans may have to wait until the middle of 2022. Let’s hope they don’t keep us waiting too long. While much of the cast is currently a mystery, we do know who will take Ted Mosby’s place: Hilary Duff. Known for her teenage Disney projects, Duff will play Sophie, who tells her son the story of how she met his father.

“As a huge fan of How I Met Your Mother, I’m flattered and even a little nervous that Carter and Craig have entrusted me with the continuation of their brainchild,” Duff said in a statement to Deadline.

How I Met Your Father uses the same premise as its original series, with Sophie who tells her son how she met his dad. At the moment, we don’t know anything other than this. However, we do know that it will be more modern as the narrative starts in 2021. This leads to a whole new type of dating for Sophie that Ted has never dealt with: dating apps.

The show’s official description from Hulu reads: “Sophie and her tight-knit group of friends are trying to figure out who they are, what they want out of life, and how to fall in love with the age of dating apps and endless possibilities.” The 1XBET Sportsbook provides various opportunities to Bet on the Best Series. Do not lose your chance to make the How I Met Your Father predictions.