Is Jenny Rissveds Worth A Steep Mountain Bike Bet At Rio 2016? 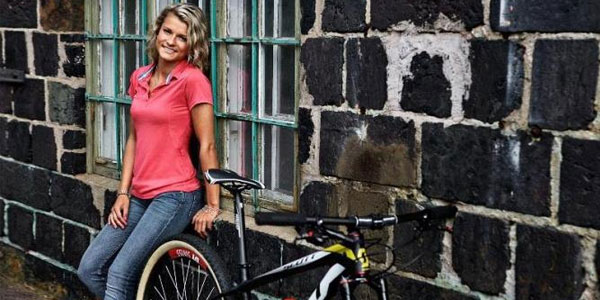 Whilst the road races and track events tend to steal the cycling spotlight at the Olympics, a few kilometers away from the maddening crowd at the Mountain Bike Centre sitting alongside the Olympic BMX Centre in what is called the Deodoro Cluster, there are still medals to be won and Jenny Rissveds may just be the one to win it, but can this 22 year old manage to win gold at Rio 2016, her first Olympics, and should you back her at Bet365 to continue her remarkable winning form?

Cycling was, of course, part of the original games line up back 1896 and has been a feature of every games since with various forms of events littering the history of the Olympics, although as Jenny Rissveds will tell you, parity for women was a long time coming with Women’s Cycling only breaking into the five ringed circus at the 1984 games in Los Angeles, and it was only at London 2012 that both genders competed in the same number of events across the range of cycling disciplines.

Set apart by the geographic needs of cross-country mountain bike racing (like the requirement of actually having some country to cross) the Deodoro Cluster sits at a slightly higher elevation than the coastal complexes and the trails of the course are draped across the hilltops of this very picturesque part of Brazil that looks down on Rio with its favelas and beaches. Jenny Rissveds won’t find many similarities with home but if you like to bet on sports in Sweden she is still well worth a punt.

Although an experienced junior rider both on the road and on mountain bikes, it wasn’t until 2013 that the massive talent of Jenny Rissveds became truly apparent as she set a new track record at the National Swedish Championships, in Falun, going on to get wins in the Norway Cup amongst other events as she blossomed into a superb Under-23 rider. 2014 saw her rise to 2nd in the Overall World Cup XCE standings and third in the XCO U23 standings and the following year her success continued.

Rissveds took gold at the Norway Cup in 2013 (photo: sok.se)

Winning over 16 events in 2015 she established herself as a contender for the top slots in women’s mountain bike racing and this year, keeping to a trajectory for an Olympic win, Jenny Rissveds won her first Elite level race in Lenzerheide, Switzerland, having grabbed a second place in Albstadt, Germany, and 9th in Cairns, Australia. This rise in performance is timed perfectly and if you’re not already thinking about taking advantage of Swedish gambling laws to bet on this being her year for a medal, you should be.

Certainly she’s up against some strong competition in Rio this weekend, but Jenny Rissveds is used to that and it has not daunted her yet, indeed it has spurred her on, and with Annika Langvad favorite at Bet365 on just 11/4, with the experienced Jolanda Neff on 5/2, this is the field to bring out the best in our young Swede. Catherine Pendrel is garnering 6/1, Pauline Ferrand Prevot 15/2 and Irina Kalentieva 7/1 leaving just Maja Wloszczowska at 9/1 ahead of Rissveds odds of just 10/1 of taking gold.

At 10/1 Jenny Rissveds is a superb little wager, the Olympics have always produced some surprises but no one will really be all that shocked if the new Swedish cyclist grabs a victory given how she’s performed around the world this season. If you’re Swedish gambling newss coverage on Monday will be of her win, well done to you, there are few pleasures greater than backing your countrymen to win, it’s certainly more comfortable than careering down a mountain on two wheels wearing lycra, for instance.