Jadon Sancho Next Club Bets: Where Will the Young Star Continue? 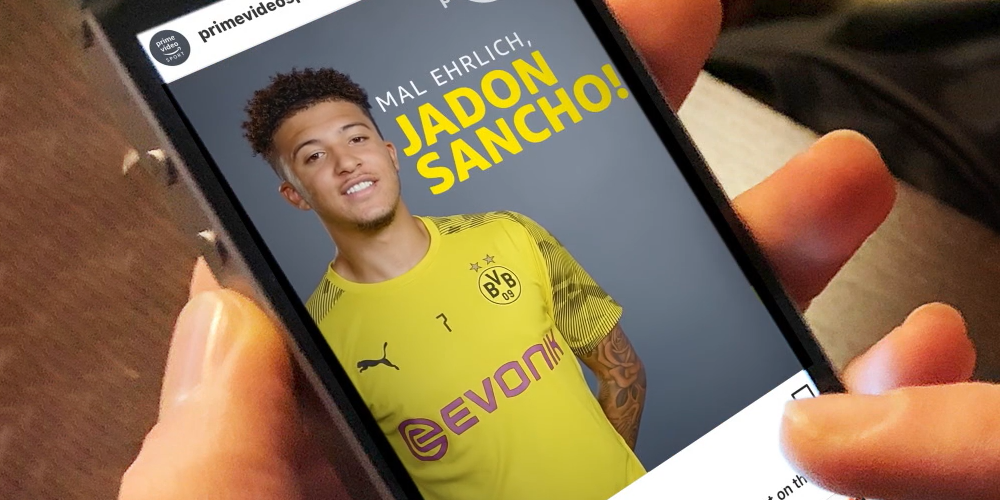 Jadon Sancho is one of the biggest talents of his generation. At the moment he is the player of German side Borussia Dortmund, but many top clubs have shown interest in signing him. In our Jadon Sancho next club bets, we list the top favorites.

He is only 20 years old, but already this season is his third in the Bundesliga. After Borussia Dortmund signed him in 2017. Last season he scored 12 goals and also had 14 assists. He was named in the league’s Team of the Season. Sancho has also won the U-17 World Cup with the English team, though he didn’t play too much due to duties in his club. This season he continued his great form and scored 17 goals in total in 35 appearances. Not bad performance, no wonder that several top clubs would like to sign him in the summer.

Online sportsbooks in the UK are predicting that Sancho will return to England. Manchester United has the smallest odds with 2.995 to sign him, as in need of creative players who can score goals as well. Apparently United manager Ole Gunnar Solskjaer wanted to sign him already last year, but then the deal wasn’t agreed. But now there is a chance, as Sancho has expressed his desire to play for the Red Devils as well.

It is an interesting message after he played for Manchester City as a youth player. But Sancho confirmed that he didn’t want to return to his old club. Another wealthy club that could afford to sign him though is Chelsea. The Londoners could pay the £120 million asking prize for the winger. This huge amount might be too much for another applicant, Liverpool. Chelsea will surely spend a lot in the new transfer window after their ban. Sancho could be a potential new signing. He could fit well in Lampard’s team which has several young players. The odds for Chelsea in the Jadon Sancho’s next club bets is 4.00 at 1xBet.

Online gambling sites in the UK are also mentioning a few non-English clubs as possible buyers. Like Spanish giants Barcelona and Real Madrid, with the odds of 10.00 and 13.00 at the 1xBet Sportsbook. Both clubs would have the money for him, but it’s not very likely that they would pay that for another talent with relatively less experience. Especially after last season’s signings which were not as successful as they were hoped for on both sides. Just think about Frenkie de Jong at Barca or Luka Jovic at Real, none of them have met the expectations yet.

Italian giant Juventus was also interested in the young English player last season but now they look like to be out of the race. Bayern Munich can be another option for Sancho if he prepares a club with guaranteed Champions League place. He might have to miss European top football if he chooses the English clubs. But still, his return to England is the most likely option for now unless the suspension of the Premier League will change the plans.