Your Last Chance Ever To Bet On The Malaysian Grand Prix 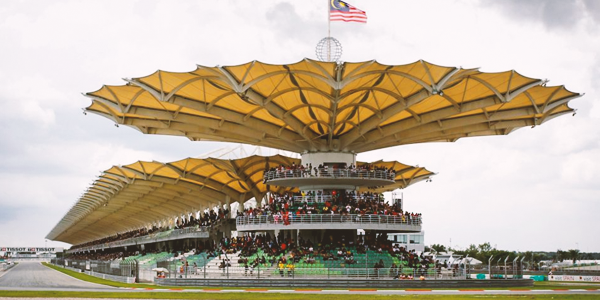 The Singapore Sandwich, a slice of Red Bull clamped between two Ferrari, probably put paid to Sebastian Vettel’s championship hopes as he had to retire and rival Lewis Hamilton at Mercedes romped home to another win. But given this is the last time you’ll be able to bet on the Malaysian Grand Prix should you back Vettel to come back strong, or Hamilton to continue his dominance? Bet365 has all the odds, so all you have to do is pick a winner……or loser.

This could be the last time you can bet on the Malaysian Grand Prix. After 38 incarnations the checkered flag at Sepang on Sunday will mark the end of the Formula One visits to the famous circuit. With falling attendances and the far more glamorous night race over in Singapore stealing its thunder, the government questioned the value of the race and eventually decided to drop it despite having what is widely regarded as a state of the art circuit well liked by drivers. In the end F1 is just a business.

This means it’ll be an emotional bet on the Malaysian Grand Prix as they line up on the starting grid for the final time and continue the battle that has seen Lewis Hamilton and Sebastian Vettel neck and neck in the race for the championship. The question is will Hamilton stretch out his lead over the German at Sepang or will the Ferrari driver manage to bite back at the 28 point lead the Mercedes driver has? Just who should you back if you’re going to take advantage of Malaysian gambling laws at Bet365?

Neither Hamilton Or Vettel Finished Last Time, Can They This Year?

Well before you rush off and back the ever skillful Hamilton, just remember, things didn’t go to plan for him last year when his engine decided to give up the ghost 16 laps before the end, then again they didn’t go very well for Vettel either with the 2016 race seeing him hit Nico Rosberg on the opening lap and retire from the race. This means if you’re going to bet on the Malaysian Grand Prix this weekend last year’s results don’t tell you much except that if left unmolested the Red Bull team do rather well.

It was the ever smiling Daniel Ricciardo who won in 2016 with teammate Max Verstappen right behind him in second with the far more powerful Mercedes of Rosberg charging right from the back to a third place spot on the podium despite his incident with Vettel. You can expect this year to be rather different but once again if you’re going to bet on the Malaysian Grand Prix it’ll be those silver arrows that appeal most to those that like to bet on sports in Malaysia. Bet365 give Hamilton just 5/6 to win it on the day.

Bet On The Malaysian Grand Prix At Bet365 This Weekend

Vettel does get just 2/1 to take victory and if you’re going to bet on the Malaysian Grand Prix you could do far worse than to back the determined German after the Ferrari disaster at the start in Singapore. The other Mercedes of Valtteri Bottas gets 11/2 but that’s unlikely really, and much as the Red Bull of Ricciardo gets 16/1 you’d have to be betting on something pretty major happening going into turn one between the other teams. Likewise Max Verstappen at 18/1 isn’t for any but the very bravest bettors.

Bet365 do have, of course, some neat alternative bets to outright victory with the 100/1 on Fernando Alonso to get a podium rather tempting following his blistering start in Singapore that was only cut short by the fabulous Ferrari foul up torpedoing his chances early on. But the most fun bet on the Malaysian Grand Prix could be betting on Fernando Alonso to be the first retirement at just 10/1, and frankly that’s more likely than him making Malaysian gambling news headlines with an odds defying podium finish.